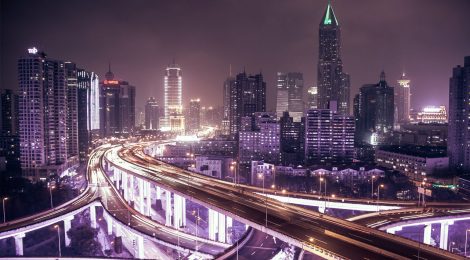 On July 5, China’s National Bureau of Statistics (NBS) announced a tweak to the way it calculated the country’s Gross Domestic Product (GDP). The revision adds the size of the research and development (R&D) spending into the calculations, the statistics bureau said on Tuesday.

In recent years, China has promoted science, technology and creative development, with rapid growth in R&D expenditures and an increasingly important role for R&D to economic growth. According to the NBS, the new method “better reflects the contribution of innovation to economic growth.” The change reflects the R&D expenditure: such spending that brings about economic benefit for companies will no longer be calculated as intermediate consumption, but as fixed capital formation.

The adjustment was made according to the 2008 System of National Accounts (SNA), which was unveiled by five international organizations, including the United Nations, in 2009 to provide a “comprehensive, consistent and flexible set of macroeconomic accounts.” At present, most member countries of the Organization for Economic Cooperation and Development and some developing countries use the 2008 SNA framework to calculate R&D expenditures. For the world’s second largest economy, reforming the GDP calculation method according to the same framework will bring China’s GDP figures more in line with those of other countries, the NBS said. The new method will be used for future GDP calculations, yet the NBS has also recalculated all the figures starting from year 1952. Last year’s result was sizes up by the equivalent of approximately €117 billion, which is not a big figure, and in general the recorded GDP growth rates have changed slightly the result. For instance, the growth rate for 2015 remained at 6.9 percent, revised up by 0.04 percentage point.

China is not the first country to decide to make such a readjustment in its GDP. The United States made a similar tweak in 2013 to include knowledge and artistic input, revising up US growth in 2012 from 2.2 per cent to 2.8 per cent. India made the switch in January 2015, immediately increasing the country’s GDP growth for the 2013-2014 fiscal year from 4.7 per cent to 6.9 per cent.

Julian Evans-Pritchard, analyst at the Capital Economics in Singapore, said the Chinese are “already starting to push up against their growth target for this year and more generally for the 5-year target of 6.5 percent growth. This makes that a little easier,” she continued, “because R&D spending has been increasing more rapidly than the economy as a whole.”

Also in line with the approach, the country’s aim is to boost its R&D spending as a share of GDP to 2.5 percent by 2020. Moreover, in May this year, China unveiled a national strategy for innovation-driven development which identified a large number of tasks and projects and pledged greater investment. Chinese President Xi Jinping told a national conference in May that the country should give more importance to scientific and technological innovation.

Finally, China is also studying new ways to assess the economic contribution from industries seen as part of the “new economy,” such as biotech firms and online retailers, a deputy head of the statistics bureau said in a speech published on Sunday.