Browse: Home   /   Is China forgetting Confucius and learning to innovate? 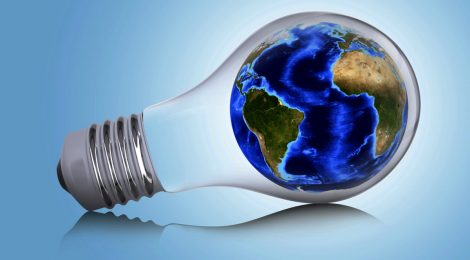 Is China forgetting Confucius and learning to innovate?

ggii / 21/10/2016 / Comments Off on Is China forgetting Confucius and learning to innovate? / Past edition of Galileo Weekly Observer

China has been the cradle of four of the inventions which proved more disruptive in the whole history of humanity, yet we had to wait for the West to adopt these inventions and  introduce their revolutionary applications.

Against this background, one question arises about the capability of the Chinese to invent and innovate. China is often considered, for some good reasons, as the birthplace of world’s counterfeits, so that nobody doubt Chinese firms are good at imitating. But can also an imaginative China emerge?

The Master said: “I transmit rather than innovate. I trust in and love the ancient ways.” Confucius himself seems to offer a cultural explanation for China’s historical preference for continuity and copying. Yet, Chinese Premier Li Keqiang  has long advocated for innovation and entrepreneurship to help combat slowing growth, and the central government is now aiming at transforming innovation in the key driving force for the mainland economy. Therefore numerous individuals and firms have been racing for start-up success.

In the Global Innovation Index – recently published by Cornell University and the World Intellectual Property Organisation – which measures the ability to innovate of 141 nations, China rose to 25th this year, from 29th last year and 43rd in 2010. Even if the Middle Kingdom is still lagging 18 places below its smaller sister Hong Kong, Beijing has vowed to perform better by allocating 2.5 percent of the gross domestic product on research and development activities by 2020, up from 2.1 per cent last year.

The Economist came out with an article with some analysis related to the mentioned Global Innovation Index. When looking at how countries do their wealth, we can see from the below graph that China does very well on this innovation to wealth measure. Also, when ranking countries on the basis of the quality of their innovation and their relative economic development, China showed first among middle-income countries. Other observers noted that in some fields like gene editing, big-data analytics, and 5G mobile telephony, Chinese experts are showing outstanding performances and competing as peers with world’s best. An example is Sunway TaihuLight, a supercomputer made using only Chinese computer chips, which is five times as fast as the best American rival. WeChat, a social-media and payments platform with 700m monthly active users, seems to be much more useful than Facebook, Twitter and WhatsApp put together.

But critics say it could be a false boom. In their paper “Why China Can’t Innovate” professors from Wharton and Harvard Business Schools stated: “The West is home to creative business thinkers and innovators, and […] China is largely a land of rule-bound rote learners—a place where R&D is diligently pursued but breakthroughs are rare.” Former Hewlett Packard’s CEO, Carly Fiorina, shares the same view: “Although the Chinese are a gifted people, innovation and entrepreneurship are not their strong suits. Their society, as well as their educational system, is too homogenized and controlled to encourage imagination and risk taking.”

We cannot make predictions about disruptive innovation and who is going to break through. What is for sure is that China has been stepping up, and the government is strongly pushing for innovation to become a driving force for the economy.