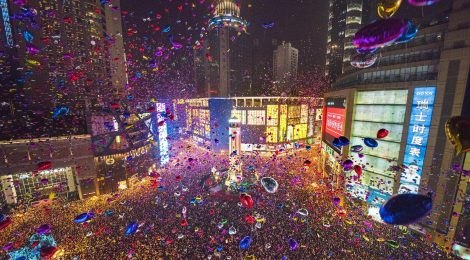 Dear readers, surely you’ve heard of Jiefangbei (Monument of Liberation) when you are in Chongqing. Speaking of Jiefangbei, what comes to your mind? Is it a low-slung building surrounded by towering commercial buildings, a pedestrian street surrounded by a monument tower, a business hub, a snack heaven, a fashion runway with beautiful girls, a must-see for tourists? In Chongqing people’s eyes, Jiefangbei is a narration of history.

On February 18, 1938, military planes of the invading Japanese army flew into Chongqing to bomb the Guangyangba Airport, which was the beginning of the nightmare for Chongqing people. Over the next six years, the Japanese military expanded its bombing range from military factories to government bases, from industrial and mining enterprises to civilian facilities, and then escalated to indiscriminate bombing. In order to boost the morale of the army and its people, and to demonstrate the perseverance of the Chinese people, the Kuomintang decided to build a monument at the intersection of the former Duyou Street and Xiaoliangzi Road in the busy downtown area.

On March 12, 1940, the anniversary of Mr. Sun yat-sen’s death, a “spiritual fortress” was completed with a timber framework and cement coating. This “spiritual Fortress” was painted dark gray for air defense purposes. At the same time, the Japanese bombing intensified as the war continued. With the change of seasons, the weak fort gradually collapsed due to the erosion of wind and rain. But the authorities were unable to rebuild it, only a flagpole was reserved. 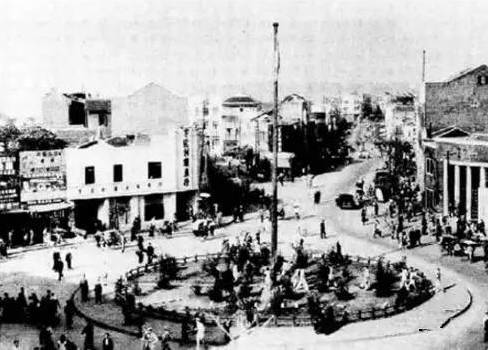 On August 15, 1945, the Chinese people finally won the victory of the anti-fascist War with Japan surrendered. To commemorate this hard-won victory, the Chongqing municipal government decided to build a monument at the original site of the “spiritual fortress”.

The Monument was inaugurated on October 10, 1947, which has a diameter of 4 meters and a height of 24 meters. It is octagonal on the outside and circular on the inside. There were 140 steps leading to the observatory on the top of the monument. The observation platform is equipped with wind gauges, anemometers, and other weather instruments, as well as an alarm bell in case of emergency. 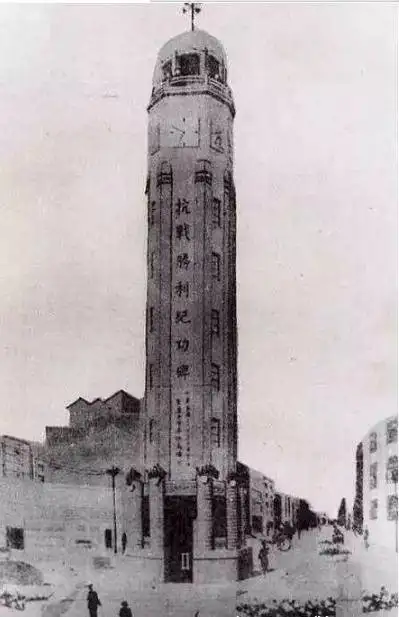 After the founding of the People’s Republic of China on October 1, 1949, members of People’s Congress put forward suggestions on modifying the names of streets and buildings, including the “Monument to the victory of the war”. Because people all agreed that what’s memorable is not only the victory of the Anti-Japanese War, but also the the new China replacing the old one, which represent the liberation of all Chinese people. In 1950, this proposal was approved by the superior, and on the National Day of that year — the first National Day after the founding of the People’s Republic of China — it was officially renamed “Monument to the People’s Liberation”. This monument is the only one in China to commemorate the liberation of the Chinese people. It is a monument that belongs to Chongqing people and reminds everyone the whole nation’s continuous struggle and the hard-won victory after thousands of difficulties and hardships. 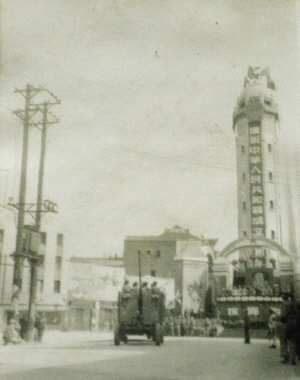 There are also two anecdotes about Jiefangbei.

Liu Bocheng (the then chairman of the Military and Political Committee of southwest China), who received private school education from an early age and was a good calligrapher, wrote the inscription on the monument in 1950. He followed the style of calligraphic masters of previous dynasties, leaving out a left-falling stroke in the character 碑beī.

After the Monument became a landmark in the city center, there was an unspoken rule that the height of surrounding buildings should not be higher than the Monument.

In 1972, the Sanba store next to Jiefangbei needed to demolish the temporary building built in the 1940s and renovate or expand the new shopping mall. As its foundation area was only 2000 square meters, it could not meet the business needs, so it proposed a plan to raise the building. However, the building plan exceeded the heigt of Jiefangbei, and the authorities hesitated to approve it. It was not until 1973 that Qian Min, then deputy secretary of Chongqing Municipal Party Committee, reviewed the architectural drawings and pondered for a long time before he approved the construction plan. 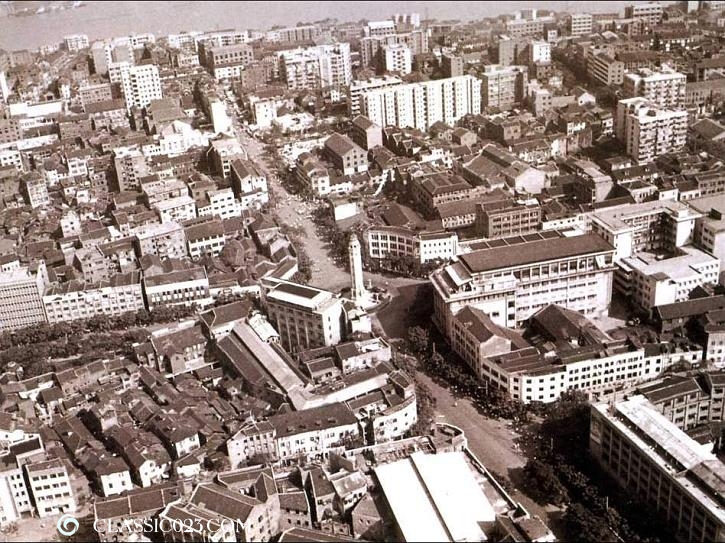 Since then, skyscrapers have sprung up around Jiefangbei, providing the perfect location for business and reshaping Chongqing’s skyline.Jiefangbei is like a silent old man, watching silently the fashion Chongqing people and endless tourists wandering around it. People listen to his wordless narration in the calm and peaceful daily life, and everyone record his solid body with their cameras.

This, is the past and present of Jiefangbei. 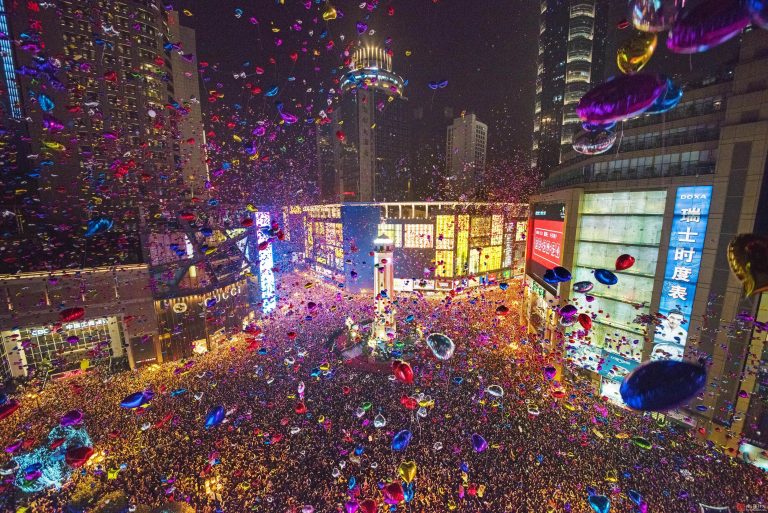