Browse: Home   /   The Four Residences of Chiang Kai-shek in Chongqing 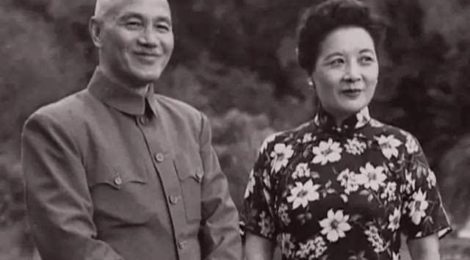 The Four Residences of Chiang Kai-shek in Chongqing

Dear readers, midsummer has come, and Chongqing has regained its usual hustle and bustle. In the previous Chongqing Stories we discussed why Chongqing was selected as the provisional capital of the Republic China during wartime, and the command center of the anti-fascist war in the far east field. Today we’re going to explore the residences of the supreme commander of the then Republic China——Chiang Kai-shek, during the Second World War in Chongqing.

Chiang Kai-shek, together with his wife Soong Meiling arrived in Chongqing on December 8, 1938, and left the city after seven years on April 30, 1946. During this time, four official residences have been set up for this commander according to different requirements of living or working, which are: Zengjiayan official residence, Xiaoquan President’s Residence, Huangshan villa and Linyuan mansion.

The Zengjiayan official residence, located in the fourth Zhongshan road of Yuzhong peninsula and now in the courtyard of Chongqing municipal party committee, was the most important place for Chiang kai-shek’s foreign affairs activities during his stay in Chongqing. The house was built by Xu Shaozong, a general of Kuomintang, who also named Yao Qing, giving another name to this house——“Yao cottage”. After Chiang Kai-shek arrived in Chongqing, the public name of “Yao cottage” to the outside world was: “the office of the chairman of Kuomintang military commission” that is, the general office of Chiang Kai-shek. During the war of resistance, this residence was heavily guarded and air-raid shelters were built to avoid Japanese bombing. One of the most important foreign affairs activities held here was the “Joint Military Meeting of China, the United States and the United Kingdom” on December 23, 1941, presided over by Chiang Kai-shek, to discuss the formation of the world anti-fascist united front. 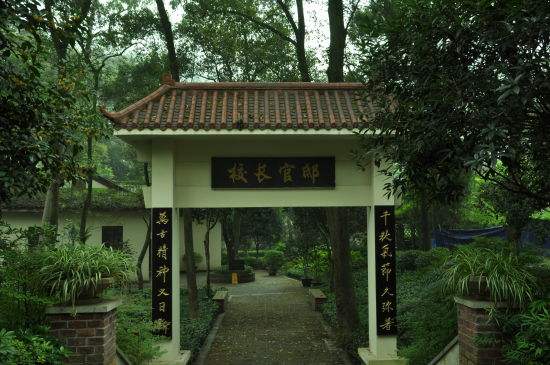 In the autumn of 1938, the Central Institute of Political Science of the Kuomintang moved from Nanjing to Nanquan town, Banan district, Chongqing. Chiang Kai-shek, who served as President, often went to the school to give lectures and presided over the ceremony. Therefore, a bungalow was built for Chiang to rest and short living by the beautiful scenery and lush green plants of the Huaxi river, which is known as “Xiaoquan President’s Residence“. It is worth mentioning that the school’s “Zhongzheng” auditorium was the largest and most luxurious auditorium in Chongqing at that time, with a capacity of 3,000 people and a space of 1,900 square meters. Therefore, Chiang often entertained guests and held social activities here. 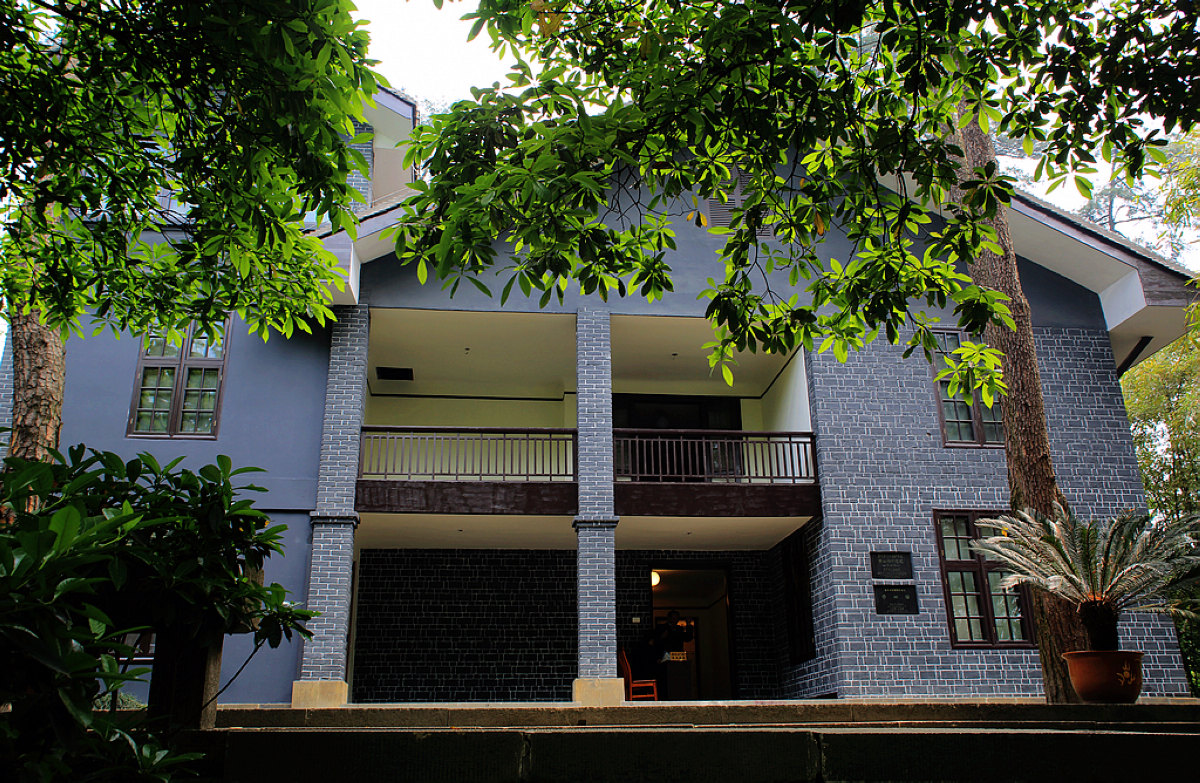 Huangshan villa was the place where Chiang lived the longest. At the beginning of the 20th century, Huang Dexuan, a wealthy businessman from Chongqing, bought a piece of unknown balding mountains on the south bank of the Yangtze river and named it “Huangshan mountain”. After his death, his eldest son Huang Yunjie inherited the property and built a mansion, which is the origin of “Huangshan villa”. Because the villa was hidden in the forest, it could avoid the bombing of Japanese military planes, the national government rented the place for Chiang and his wife to live and work, and later a shelter was dug in the mountain in case of emergency. Surprisingly, as hidden as it is, it was bombed by the Japanese army twice. The first shell just fell in the hole of the shelter. Fortunately the shelter was built so firmly and did not collapse with casualties. At the second time, the Japanese military aircraft raid Huangshan villa, dropped a number of bombs, instantly killed 2 security personnel. Chiang kai-shek and a number of senior officials hurriedly retreated into the shelter. It was only later that the truth came out: the two bombings were planned after the Italian ambassador to China inadvertently revealed the exact location of the Huangshan villa while chatting with the head of the Japanese army air force’s third flight group. At present, the Huangshan villa is the only one of Chiang’s four mansions in Chongqing open to the public. 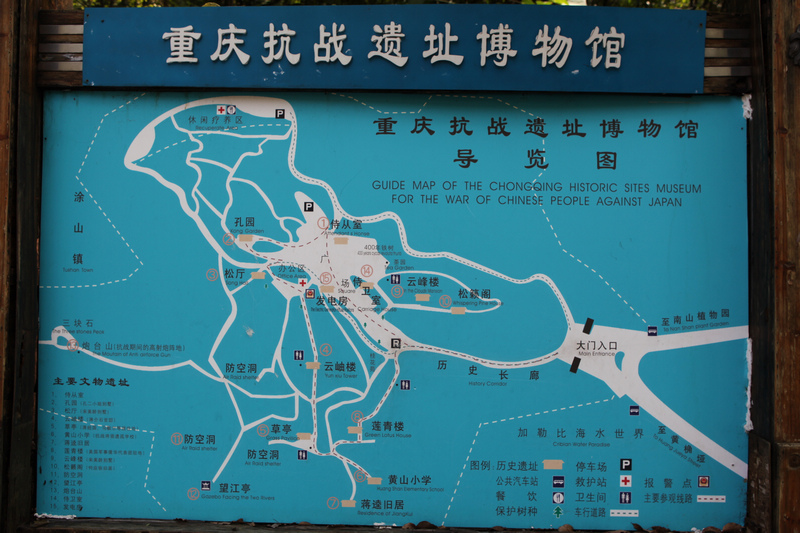 Linyuan, is the last residence of Chiang and Song in Chongqing. In 1938, the military commission of the nationalist government built an official residence at the south foot of Gele Mountain. Lin Sen, the then chairman of the Kuomintang, moved into the residence that November. On August 1, 1943, Lin passed away and the official residence was renamed “Linsen cemetery” or “Linyuan” for short. After the summer of 1943, Chiang and his wife moved to Lin yuan mansion. During the “Chongqing Negotiations” in 1945, Mao Zedong, Wang Ruofei and others stayed in the mansion. In December of the same year, Marshall, the special envoy of the US President who came to Chongqing to mediate the disputes between the Kuomintang and the Communist party, also stayed there. On April 30, 1946, the Chiang couple drove to the airport from Linyuan, boarded the plane and left Chongqing for good. 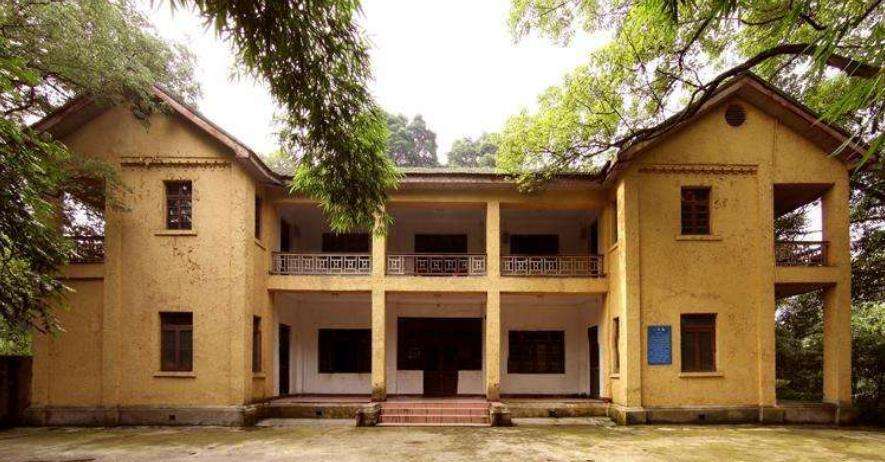 Great changes have taken place in Chongqing since the Second World War.

We will explore it with you in the Chongqing Stories column. Stay tuned!