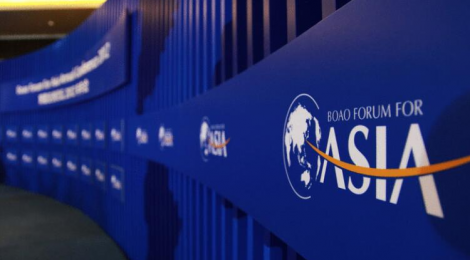 The 2017 Boao Forum: responding to deglobalization while preserving differences

ggii / 01/04/2017 / Comments Off on The 2017 Boao Forum: responding to deglobalization while preserving differences / Past edition of Galileo Weekly Observer

Between 23rd and 26th of March, several government leaders and ministers of Asia’s most prominent economies, together with over 80 corporate, international organizations and global banks’ leaders, gathered in Boao, in the Southern maritime province of Hainan. Over 50 countries were represented in the event that has been labelled “Asia’s answer to Davos”: the four-day Boao Forum for Asia (BFA).

The theme for this year’s conference was “Globalization and Free Trade: Asian Perspectives.”  The subject of globalization was articulated into four major areas of discussion: growth, globalization, reforms, and the new economy. Such topics have been explored and developed by the delegates across over 40 panel sessions.

The 2017 BFA occurred amidst substantial uncertainties looming over the global economic scenario. At the commencement of his new administration, United States’ new President Donald Trump has been quite vocal about the necessity of trade restrictions to protect domestic jobs and the competitiveness of American manufacturing. Such protectionist remarks prompted growing concerns across Asia, the region of the world that is benefitting the most from the present global trade forces. Trump’s declarations, however, are not an isolated phenomenon. At global level, several other developed countries are traversed by what might be called a pervasive and powerful deglobalization tide, which manifests into fervent calls for a decreased economic interdependence, and a general discontent toward international or regional integration platforms.

The leaders and businesspersons at BFA vehemently signalled the urgency to counteract such trend, moving into the same direction indicated by President Xi Jinping during the World Economic Forum in January: upholding globalization. The plea of the two conferences is clear enough: Asia is the consolidated global growth engine, and whoever wants to isolate himself from it will lose opportunities for growth. The West is now seduced by protectionist narratives, while Asia, led by China, is championing free trade and globalization.

Chinese Vice Premier Zhang Gaoli has remarked such stances during the BFA. Mr. Zhang expressed China’s commitment to keep its market open and to increase foreign direct investment both inbound (estimated in 600 billion US dollars) and outbound (750 billion). The Vice Premier showcased China’s effort in the building of a national system of innovation, necessary to sustain its new economic course, where an expanding middle class, raising salaries, and environmental challenges, require a rethinking of the current model of production and a robust shift up in the value chain. Automation, smart manufacturing and clean technologies will be the key bets for China’s future, as laid out in the ambitious manufacturing strategy “Made in China 2025.” With respect to trade integration, the Belt and Road Initiative is still on the spotlight as the leading framework for Central Asian growth and integration. President Xi, despite not being present in Boao, delivered a letter whereby he reinforced his message of Davos – the first forum to see the presence of a Chinese leader: an unequivocal commitment to lead globalization and the international integration process: “We should not develop a habit of retreating to the harbour whenever we encounter a storm, for this will never get us to the other side of the ocean”. Xi also warned against protectionist trends across the world and in the US in particular: “Pursuing protectionism is like locking oneself in a dark room. While wind and rain may be kept outside, so are light and air. No one will emerge as a winner in a trade war.”.

As expressed by Zhou Wenzhang, Secretary General of the BFA, “globalization is a historic trend and a law of economic development which is beyond the will of human beings.”. A clear the message that BFA is endorsing and calling for a more inclusive model of globalization. At the same time, it is acknowledged by all parties and speakers that globalization is triggering some major challenges. Mr. Zhou told the forum’s audience that, while globalization helped in alleviating world’s poverty, it has also increased the gap in wealth distribution causing many social contradictions and inefficiencies.

Every country needs its own approach to deal with local problems, finding solutions that fit national customs and priorities. Globalization should not be intended like a cultural levelling force, but as a fruitful integration where all the parties are acknowledged in their uniqueness. One of BFA’s panel was meaningfully called: “Seeking common ground while preserving differences,” thereby signalling the idea of a more integrated, but at the same time diverse and broad-minded, Asian governance.

The joint declaration released in conclusion of the BFA reiterates the need to push forward Asian regional cooperation, and strongly posits that quandaries linked to globalization are more related to governance failures (especially the failures in managing structural shifts and mitigating social challenges) rather than the process of globalization per se. The declaration, which recognizes globalization as a constructive trend, calls for all the Asian governments to: improve global governance; push forward trade liberalization and integration; discard protectionism as a structural means of solving trade disputes; experiment with PPPs; invest in innovation, research and knowledge.

Please share:
← China’s “Two Sessions”: towards a renewed Civil Code
The lively Sino-Italian business community in Chongqing and the experience of Paolo Bazzoni →