Browse: Home   /   100th edition of our Missiva: how has Chongqing changed since? 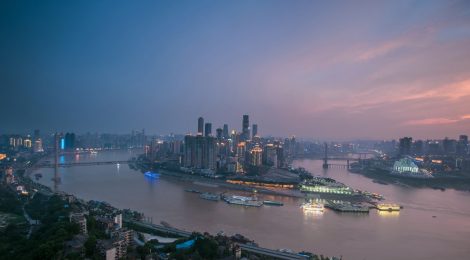 100th edition of our Missiva: how has Chongqing changed since?

ggii / 09/12/2016 / Comments Off on 100th edition of our Missiva: how has Chongqing changed since? / Past edition of Galileo Weekly Observer

The first edition of our Missiva was sent out roughly half a year after the establishment of the General Consulate of Italy in the Municipality, on 30 December 2013. The Consulate moved in one of the most modern skyscraper of the Chongqing, the World Financial Centre, right at the conjunction of the two rivers with one of the most stunning view of Chongqing.

In the course of the year 2014, nearly 100 delegations – both incoming and outgoing – seminars, forums, B2B sessions have been organised between Italian and Chinese partners in the Municipality, which proved highly attractive for different industries.

With the beginning of 2015, the China-Italy Chamber of Commerce decided to open a local office in Chongqing, to support those Italian enterprises looking at South-West China as a potential destination of their investments. In February 2015, for the first time, the China Chongqing International Investment and Global Sourcing Fair hosted a forum exclusively focused on Italy. A few months later, Chongqing took part into the Eurasia Workshop in Rome, aimed at removing cultural barriers between the two continents. Moreover, Milan’s Expo even hosted a “Chongqing Day,” when five statues of chili peppers by the Italian artist Giuseppe Carta were exposed, symbolising the friendship between Chongqing and Italy.

The great and ever increasing number of visas issued by the Italian Consulate definitely influenced the decision of Hainan Airlines to open the first direct flight connecting Chongqing to Italy twice a week. The new route Chongqing-Rome was inaugurated on 28 April, in coincidence with the visit of the Italian Minister of Foreign Affairs, Paolo Gentiloni, another sign of the distinct strengthening of economic ties between the two countries.

In June 2015, the Italian Consul General in Chongqing, Sergio Maffettone, asked about the meaning of a new Consulate in Chongqing, a metropolis still not really famous in the West, underlined the challenge and the potential of a place where everything needs to be built from scratch. Also, the choice of the Italian government of picking Chongqing among other more “usual” locations with Italian presence, means the Municipality has been identified as an area with the required and ideal conditions to help relaunch Italy’s national economy.

In the same period, a new branch of Italy-China Foundation opened in Jiefangbei, offering numerous courses for the study of Italian language, and organising activities for educational and cultural exchange among the two countries. This is in line with a general trend of an increasing interest toward Italy and Italian culture, under which a great number of new schools and Italian language courses are rising around Chongqing. In the central district of Jiefangbei, the first high-school offering Italian language opened in recent times. Also, the ever growing number of university students, both Italian coming to Chongqing and Chinese going to Italy, confirm that the reciprocal interest and exchange programmes are in constant escalation.

In April 2016, Chongqing has been listed as one of the new first-tier cities, coming second, just after Shanghai, in China’s high-rises in terms of number of brand outlets, catering industry, cinemas and skyscrapers. As the General Manager of Intercontinental Hotel of Chongqing says, the Italian community has given a substantial contribution to the shaping of Chongqing as an international modern metropolis, becoming increasingly attractive and more sophisticated.

“In Chongqing, opportunities to cooperate with Italy are not lacking. And the sector of urbanisation is of key importance for our country,” the Consul Maffettone decleared last June at the third edition of the China-Italy (Chongqing) International Forum on New Urban Construction and Development Exhibition.

With the growth of the Italian community, represented by entrepreneurs and companies, institutions and students, also a number of Italian restaurants and businesses in the food industry have been established in the Municipality, so satisfy both Italians and Chinese.

Since the Galilei Institute opened its doors, almost ten years ago, and even since the first edition of this newsletter, the development of Chongqing has been surprising. Let’s see what happens next!