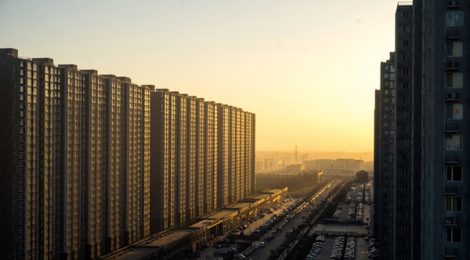 Beijing is growing bigger: China’s megacity in the making

ggii / 13/01/2017 / Comments Off on Beijing is growing bigger: China’s megacity in the making / Past edition of Galileo Weekly Observer

Jing-Jin-Ji 京津冀 – it could seem a tongue-twister, but it is the name of the massive regional hub that China is planning to create by linking the three areas that compose the name: Beijing, Tianjin and a handful of cities in neighbouring Hebei province, whose ancient name is Ji. Chinese planners’ aim is to remake the capital’s region into a continuous megacity housing some 110 million people, and becoming an integrated economic nerve centre, rival to any in the world.

The idea of integrating the three has been long discussed, which have already somehow naturally interconnected. The poor, steel-producing province of Hebei make up for one-fifth of Beijing’s non-resident workers. And, since 2008, Tianjin is as close a 30 minute train ride, thanks to the high-speed line covering the 130 kilometres that lead to the capital.

Last November, after even Chinese President Xi Jinping had personally called for an economic hub to merge the three, the first concrete steps toward that goal was announced, consisting in a €34 billion investment that will seek to boost transport links in the area. As part of its blueprint, Beijing should move its municipal government to the Tongzhou district, a suburban area 20km east of the city centre bordering Tianjin and Hebei, making it the super city’s sub-administrative centre.

The tremendous growth of the Chinese economy in the past 30 years was largely driven by the rise of the two super-city clusters – the Yangtze River Delta around Shanghai, and the Pearl River Delta, around Hongkong. These country-sized regions, consisting of one or two mega metropolises surrounded by an assortment of satellite cities, together produce over 25 per cent of the country’s GDP and hosting at least one international stock exchange. In recent years, efforts to bring Beijing’s financial sector to the level of these two economic regions were made by the central government. However, the Jing-Jin-Ji megacity project appears to shift away from that focus, putting emphasis on industry and manufacturing – China’s classic growth model. Leaders seem to be counting on the region’s comparative advantages in labour supply, industrial development, and capital to transform it into a high-end manufacturing and technology hub.

The idea is to marry the resources of the three regions: Beijing’s variety of jobs and numerous corporate headquarters, together its universities, intellectuals, and talents in science and technology; Tianjin’s port access to the Bohai sea, through which a considerable share of Chinese products are shipped abroad; and Hebei’s satellite cities, hosting commuter population and a dense concentration of steel, iron and concrete factories.

Some analysts underline that it will take some time before the whole region can take off, as Beijing needs to spend considerable time and money on bridging the disparity among the surrounding cities of the Jing-Jin-Ji. The region has a large rural population and the governments have fought constant battles over issues of water shortages, air pollution and administrative rivalry. China’s leaders hope to be able to exploit each sub-region’s comparative advantage and build a more fluid labour market and encourage growth in strategic, forward-thinking sectors.

The relocation of the municipal offices of the capital in Tongzhou, goes in the opposite direction with the strategy of pushing jobs from the centres towards the suburbs of big cities, and, in case the experiment proves successful, it will provide a valuable lesson on the effect this approach can have on the level of integration of a region.