Browse: Home   /   China is investing nine times more into the EU than into the US 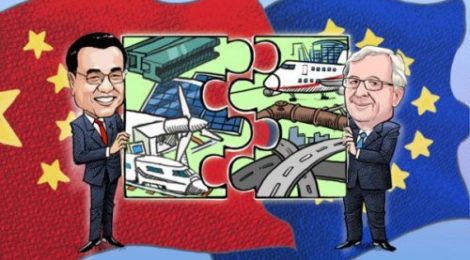 Chinese outbound foreign direct investment (OFDI) has dramatically swung towards Europe over North America in the first six months of the 2018. China is investing nine times more into Europe than it is into North America, according to a report recently published by global law firm Baker McKenzie. The value of newly announced Chinese M&A in Europe ($22bn) in the first half of the 2018 exceeded that in North America ($2.5bn) by a factor of nine, while the value of completed Chinese investments was six times higher in Europe ($12bn) than in North America ($2bn). “After five years of similar investment levels in Europe and North America, Chinese investors are now clearly favouring Europe,” said Thilo Hanemann from Rhodium Group. “Regularly hurdles remain lower, political relations are more predictable, and Europe offers a great base if industrial high-tech assets, which is a good match with Chinese regulators’ outbound investment priorities.

Policy in both China and the U.S. is pushing this shift, as lawmakers act to protect their industries and prevent capital outflow. As a matter of fact, following increasing capital outflows in 2016, China tightened regulations over outward investments, cracking down on OFDI in the second half of that year. 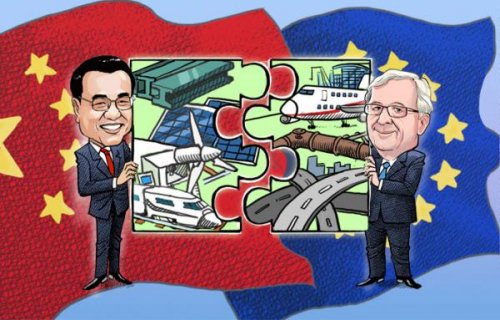 Chinese firms have also divested assets at an unprecedented pace in North America amid this tightening campaign, with $9.6bn of completed divestitures in the first half of 2018 and another $5bn pending. Europe has also seen a drop in Chinese investment over the last year, but this decline came from a higher base and has been much less pronounced.

“It is not surprise that escalating Sino-U.S. trade disputes are impacting Chinese investments in the United State,” said Rod Hunter, international trade partner at Baker McKenzie. Beijing and Washington are locked in a dangerous trade war. Trump cites America’s widening trade deficit with China as a key trigger for the conflict, while investors complain about what they call China’s unfair trading practices, such as forced technology transfers, limited market access and preferential state subsidies.

In the meantime – and in response to Trump’s escalating tariffs war with the world – China and Europe have grown closer. In an annual meeting in Beijing, Chinese Premier Li Keqiang hosted EU leaders and stressed the need to uphold free trade and multilateralism. After the meeting, both sides reaffirmed their commitment to those principles, something they have failed to achieve in previous years. According to Thomas Gilles, chair of Baker McKenzie’s EMEA-China group, “China is actively courting the EU with offers of reciprocal market access in an attempt to show foreign investment is not a one-way street, while trade relations with the U.S. continue firmly on a downward path.”

Still, the EU share many of America’s concerns on China’s trade practices, and is working on its own national security-focused investment screening mechanism that would serve the entire Union.

Sweden ($3.6bn) was the largest European destination for Chinese investment in the first half of 2018, followed by the UK ($1.6bn), Germany ($1.5bn), and France ($1.4bn). The industry composition of Chinese investment has also shifted remarkably in both Europe and North America. Sectors such as automotive, health and biotech, and consumer products and services became top recipients for Chinese FDI in both regions.