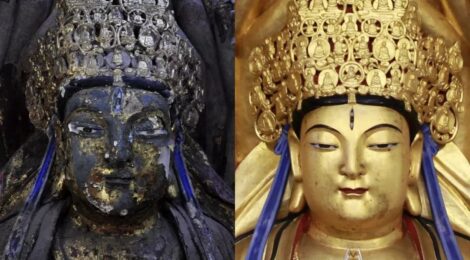 In the last issue of the “Chongqing Stories”, we talked about Chen Huili from Academy of Dazu Rock Carvings taking part in the cultural relics protection and repair training class held by Mr. Zhan Changfa. This week we will see how Mr. Zhan has made the two countries cooperate in the cultivation of experts in this field. 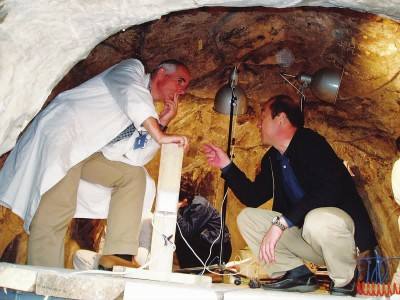 Mr.Zhan (right) is discussing restoration of Longmen Grottoew with Italian expert in 2004

Zhan Changfa, born in Yanshi, Henan Province in 1956 , was admitted to the Department of Chemistry of Lanzhou University in 1976. During his study, he got acquainted with Duan Xiuye, a classmate who had participated in Dunhuang fresco restoration. Together, they often visited Duan Wenjie, a senior researcher of Dunhuang studies, which made Mr. Zhan develop an interest in cultural relic restoration. After graduation, he met Bai Charan, the then director of the Luoyang Cultural Heritage Bureau, and the two had the idea of setting up a cultural relics protection institution. Then, in 1984, Mr. Zhan joined the Luoyang Museum and began to prepare for the founding of cultural relics protection institutions. 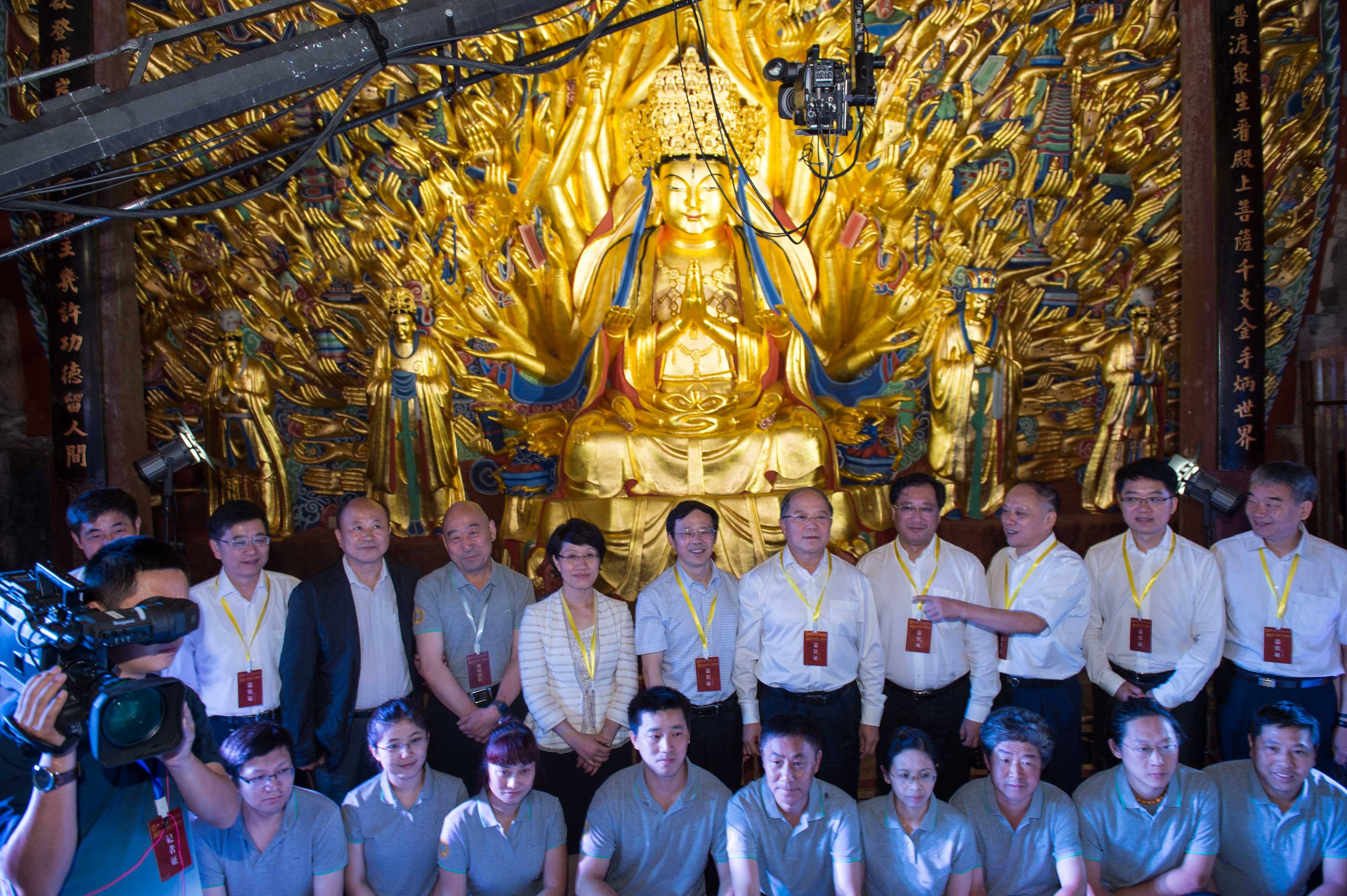 The following year,  Mr. Zhan won a scholarship from the Roman Heritage Conservation Centre. After extensive research at home, he arrived in Italy in 1989, first studying Italian in Fermo for three months, then transferring to the School of Engineering of University of Florence, where he chose to study the restoration of stone cultural relics closely related to Chinese cultural relics. After completing his studies, Mr. Zhan, with the help of the three Italian experts, successfully applied for an Italian government scholarship to attend the restoration institute established by the ISCR (Italian Institute of Protection and Restoration), for three years. Both founded in 1943, ISCR is one of the world’s most prestigious institutions of conservation research, while its restoration institute has trained tens of thousands of senior restorers in Italy and around the world for 70 years. 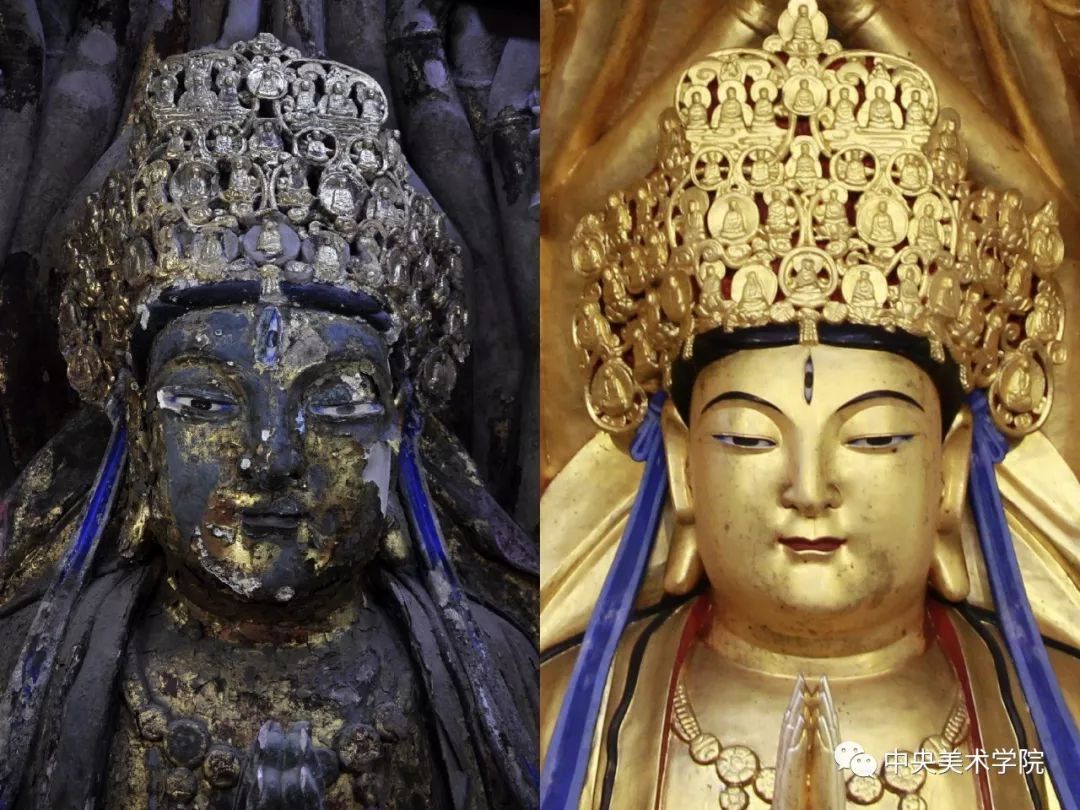 Comparison before and after restoration of Thousand-Arm Guanyin

During his study, Mr. Zhan not only studied the art of cultural relic restoration, but also made many efforts to promote the cooperation between China and Italy in cultural protection. The effort paid off In 1993, the Italian government donated to the Chinese government a grant of 3.8 million US dollars for the establishment of the Xi’an Cultural Heritage Conservation and Restoration Center. The two prime ministers held a signing ceremony at the Beijing Hotel. Mr. Zhan, who promoted the cooperation and won the first aid from the Italian government to China, was praised as “China’s special envoy of Cultural Relics” by Guangming Daily.

In 1995, Mr. Zhan returned to China and took a post at Xi ‘an Cultural Relic Protection and Restoration Center, mainly responsible for the Sino-Italian government cooperation to build training centers. He personally translated and introduce to China the classic work “The Theory of Restoration,” by Cesare Brandi, an Italian expert in cultural relics restoration. He also, in accordance with the Italian training model for cultural relic protection and restoration, set up cultural relic protection and restoration training courses in Xi ‘an for participants from five provinces in northwest China. In 2001, Mr. Zhan was transferred to the Chinese Academy of Cultural Heritage, where he continued to focus on promoting Sino-Italian cooperation and facilitated the establishment of training courses jointly held by the two countries in 2004 and 2007. He also personally led students to study and investigate in Italy. 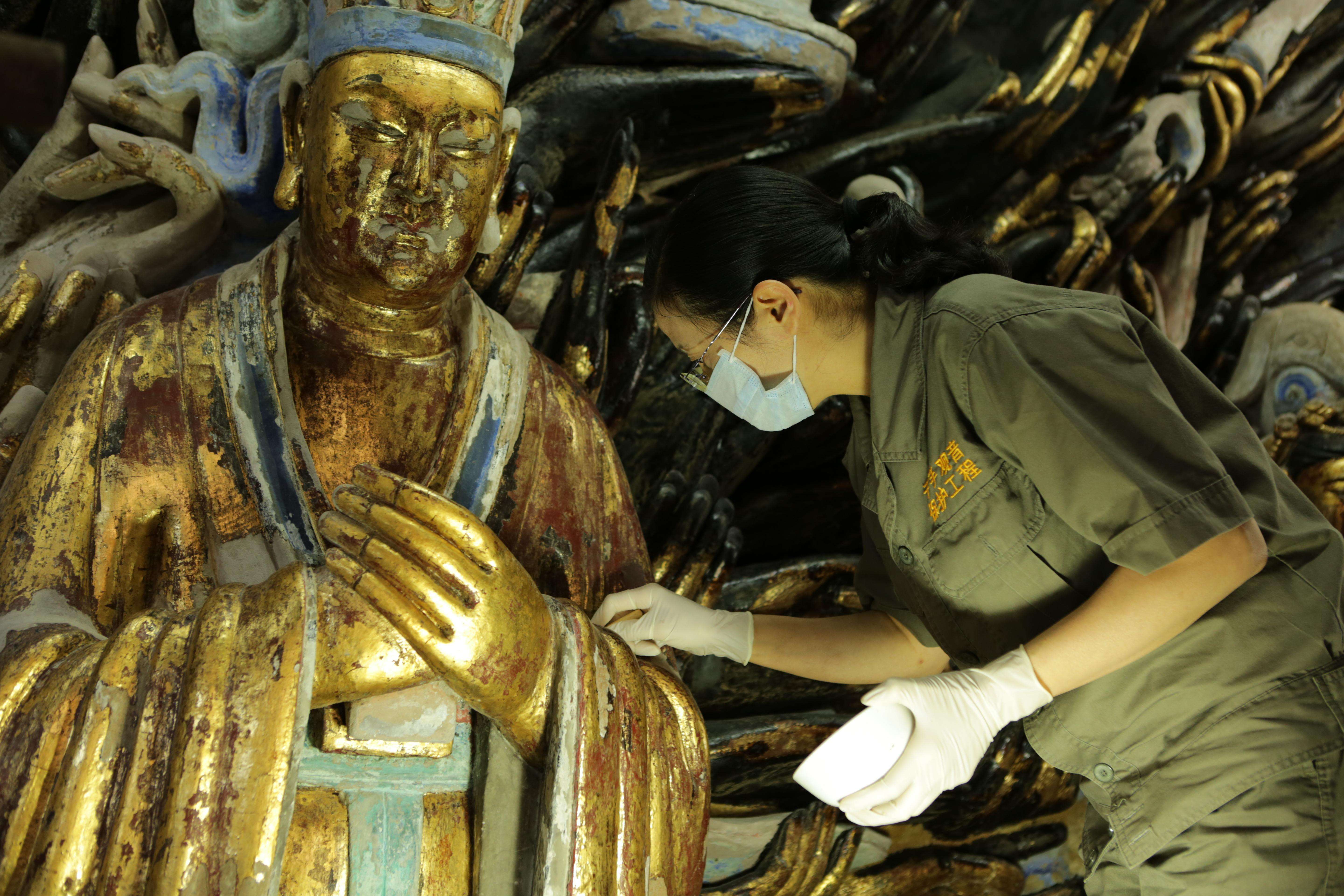 On 5th December 2005, Mr. Zhan was awarded the “Knight of the Order of the Star of Italian Solidarity” in recognition of his outstanding contribution to the friendly relations between Italy and China. It is one of the highest awards given by the Italian government to an international figure, and he is the first Chinese expert in this field to receive the honor.

Thanks to the unremitting efforts of Mr. Zhan and the strong support of the Italian government and Italian experts, China has built its own cultural relic protection and restoration personnel training system. Since then, there have been a large number of well-trained and skilled professionals, including Ms. Chen Huili from the Academy of Dazu Rock Carvings. In the next issue of Chongqing Stories, we will talk about the cooperation between Italy and China on the Dazu stone carving project.