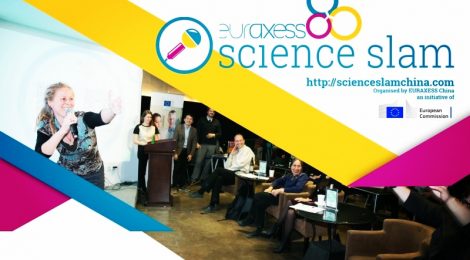 This morning we had the honor to attend the event “EURAXESS China Science Slam 2021”, represented by Marco Bonaglia 博马克 as a member of the online jury. It was the sixth edition of the first Sino-European scientific talk where researchers compete to present their work in front of a non-expert audience.

The organizer of the event was EURAXESS China: its Country coordinators, Mister Halldór Berg Harðarson, and Miss Anna Facchinetti (former executive director of our Institute) were moderating the event respectively from Beijing and online. This year the event was joined by 6 excellent researchers: 3 Chinese researchers and 3 European researchers based in China.