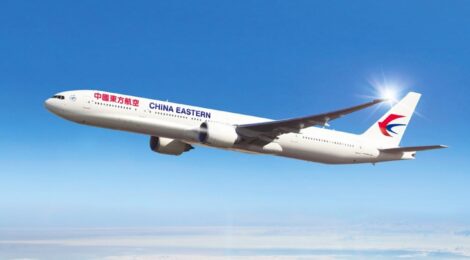 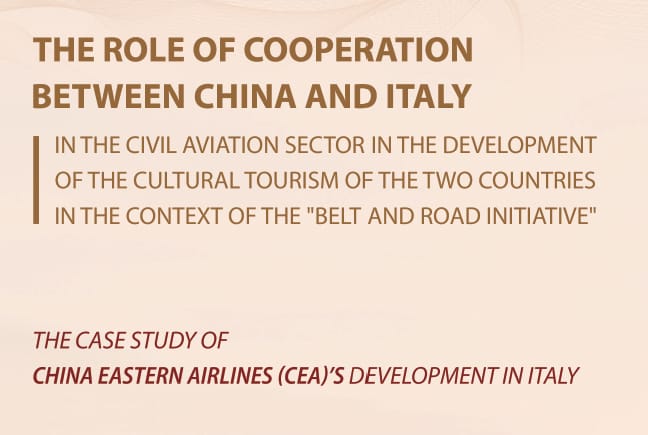 Sant’Anna School of Advanced Studies (Italy), LUISS University (Italy), and Nankai University (China) jointly issued a research report titled “The role of cooperation between Italy and China in the civil aviation sector in the development of the cultural tourism of the two countries — Case study of China Eastern Airlines’ development in Italy”

Recently, Sant’Anna School of Advanced Studies, LUISS University, and Nankai University jointly released a research report titled “The role of cooperation between Italy and China in the civil aviation sector in the development of the cultural tourism of the two countries — Case study of China Eastern Airlines’ development in Italy.” The three parties successfully published the Italy-China think tank cooperation report through an online video conference on December 14th.

On the 50th anniversary of the establishment of diplomatic relations between Italy and China in 2020, the research team reviewed the history of cooperation in the civil aviation and tourism industries since the establishment of diplomatic relations between the two countries in 1970. The team focused on the rapid development of these cooperation fields, taking the development of China Eastern Airlines (CEA) in Italy as an example to explore the role of bilateral civil aviation cooperation in cultural exchange and tourism development. The research report also focused on the impact of COVID-19 on the civil aviation industry and tourism in 2020. It also analyzed the challenges and opportunities faced by the global aviation industry in the post-pandemic era. Taking into consideration the unique status of Italy and China as major cultural-heritage countries and the chance of the “China-Italy Year of Culture and Tourism” planned for 2022, the research team looked forward to the future development of civil aviation, tourism, and people-to-people exchanges between the two countries and provided some specific suggestions.

The report took China Eastern Airlines as a research case and focused on analyzing companies’ response measures to this year’s pandemic. As one of the world’s top ten aviation companies and Italy-China routes’ leading carrier, CEA has a network of 175 countries and has been deeply engaged in Italy-China routes for the last nine consecutive years. Since the Rome-Shanghai flight launch in 2011, the company has successfully implemented passenger flights such as the Wenzhou-Rome route. This year, Italy and China joined hands to fight the pandemic. CEA has carried out China’s first charter flight of medical experts to support the international fight against COVID-19. After that, CEA has chartered several flights to transport medical experts and anti-pandemic supplies to Italy. CEA has accumulated many flight data during this process, developed innovative product research and experiences, and deepened cross-cultural dialogue. The company also provided practical support for Chinese and Italian scholars to conduct in-depth research on global cooperation and development opportunities for aviation companies in the post-pandemic era. 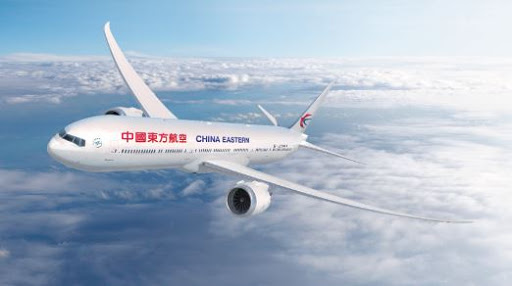 Professor Alberto Di Minin from Sant’Anna School of Advanced Studies of Pisa pointed out that academic research based on enterprises will play a crucial role in Italy-China cooperation. “In the research process, we have rediscovered China Eastern Airlines, a truly international Chinese company. The company and its concerted support in various fields have helped Italy and China establish stronger ties.” This international academic-enterprise exchange also launched a new model of international exchanges during the pandemic.

Professor Luo Hongbo, a Senior research fellow at the European Studies Institute (Chinese Academy of Social Sciences) and Director of the Chinese Association for Italian Studies, believes that this research topic is advanced. She is sure the report will provide theoretical support for cultural and tourism exchanges and economic recovery to the two countries after the pandemic. The cooperative research between the two countries’ universities has provided a new form of international exchanges in the pandemic context.

Download here the report in Italian and Chinese. The English version will soon be available.