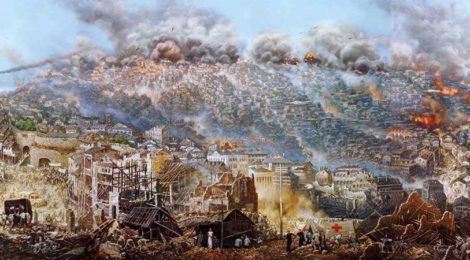 “Chongqing Bombing” and foreign embassies in Chongqing during wartime

Dear readers, thank you for your sustained attention to our Chongqing Stories column. For this week, let’s continue our exploration of Chongqing during World War II. Since 1998, the air defense warning in Chongqing will sound every June 5, with urgent sirens blaring across the whole city to mourn the victims of the “Jiaochangkou Big Tunnel Massacre” on June 5, 1941 and martyrs died of the Japanese bombing. 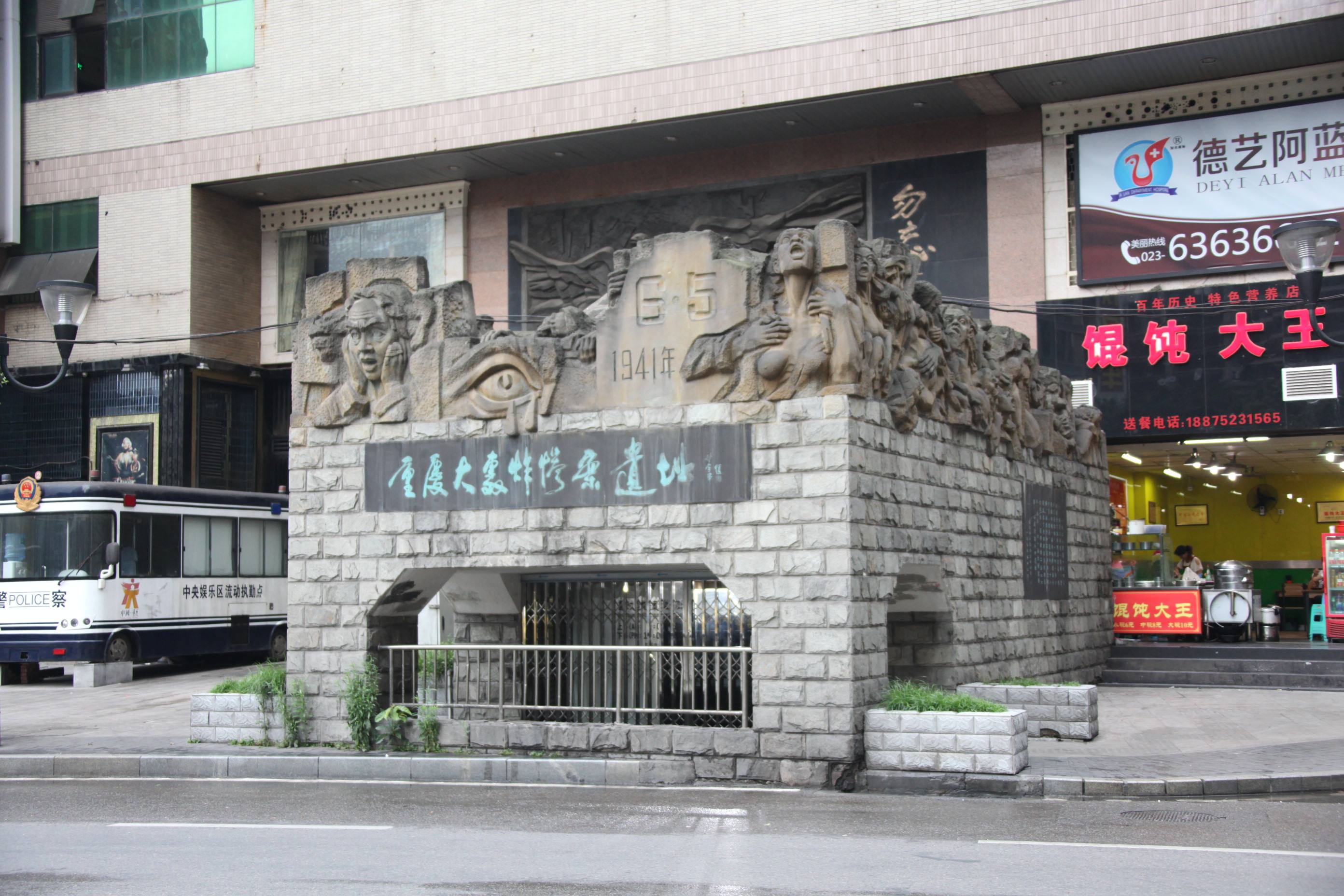 The site of the mass bombing in Chongqing

According to Chongqing Fang Kong Zhi, a book recording the air defense in Chongqing, the Japanese invaders carried out a six-year strategic bombing to Chongqing from February 18, 1938 to December 19, 1944, which was also known as “the Mass Booming in Chongqing” in history. In the first half of 1938, the Japanese army bombed tentatively. After the Japanese occupied Wuhan in October, they decided to start a comprehensive bombing on Chongqing——the wartime capital of the People’s Republic of China in early December, in an attempt to crush the determination and will of the Chinese government and its people in resisting Japan. 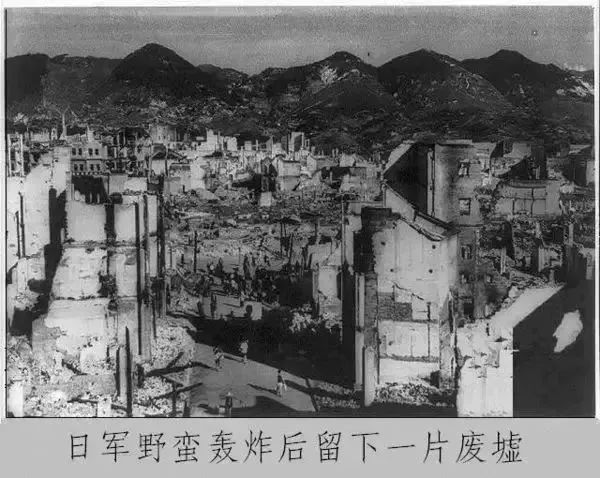 From May 1939 to August 1941 was the period when the Japanese bombing at the most intensive stage and the residents of Chongqing suffered the most. On May 3 and 4, 1939, Japanese planes arrived in Chongqing from Wuhan and used incendiary bombs on Yuzhong District and other densely populated areas without distinction, causing fires that burned for two days and nights, killing 3,991 people, injuring 2,323 and leaving about 200,000 homeless.

On June 5, 1941, the Japanese aircrafts carried out another bombing over Chongqing for more than five hours. Thousands of people poured into the bomb shelter in Jiaochangkou, resulting in over 2000 deaths due to suffocation and countless injuries and making the “Jiaochangkou Big Tunnel Massacre” the massacre with the largest indirect death toll in World War II. 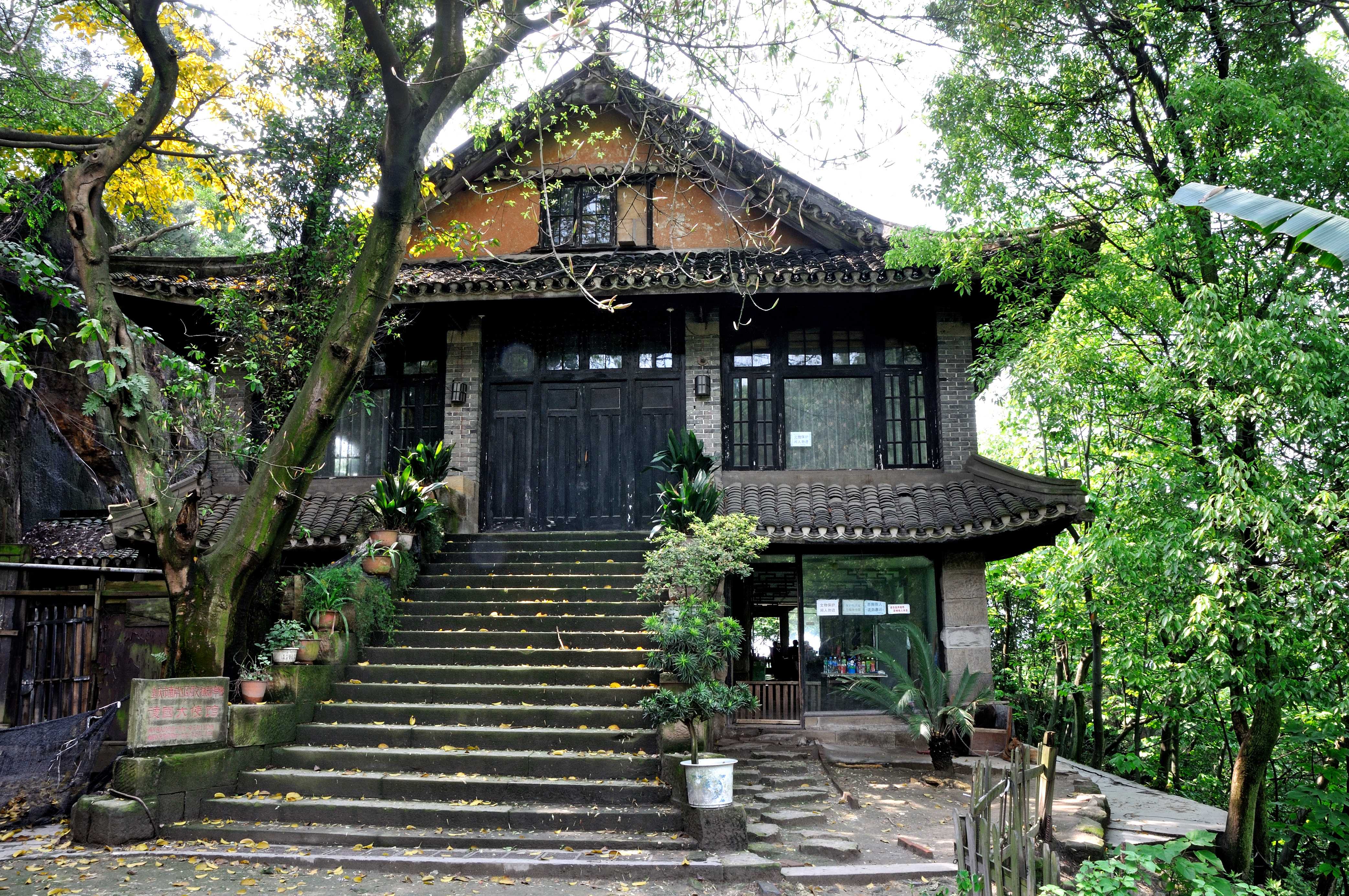 Under the continuous and indiscriminate bombing of the Japanese army, 4,889 buildings were destroyed to varying degrees, including the British, French and other foreign embassies and institutions in China. Even the German Embassy hanging the Nazi flag was not spared.

In a previous article, we shared the story of the provisional government of the Republic of Korea moving to Chongqing from Shanghai. As the alternate capital, Chongqing, during the war time, was home to embassies or consulates set up by more than 30 countries, including the Soviet Union, the United Kingdom and the United States. These places are architectural relics now and most of them are located in the current Yuzhong and Nanan Districts. 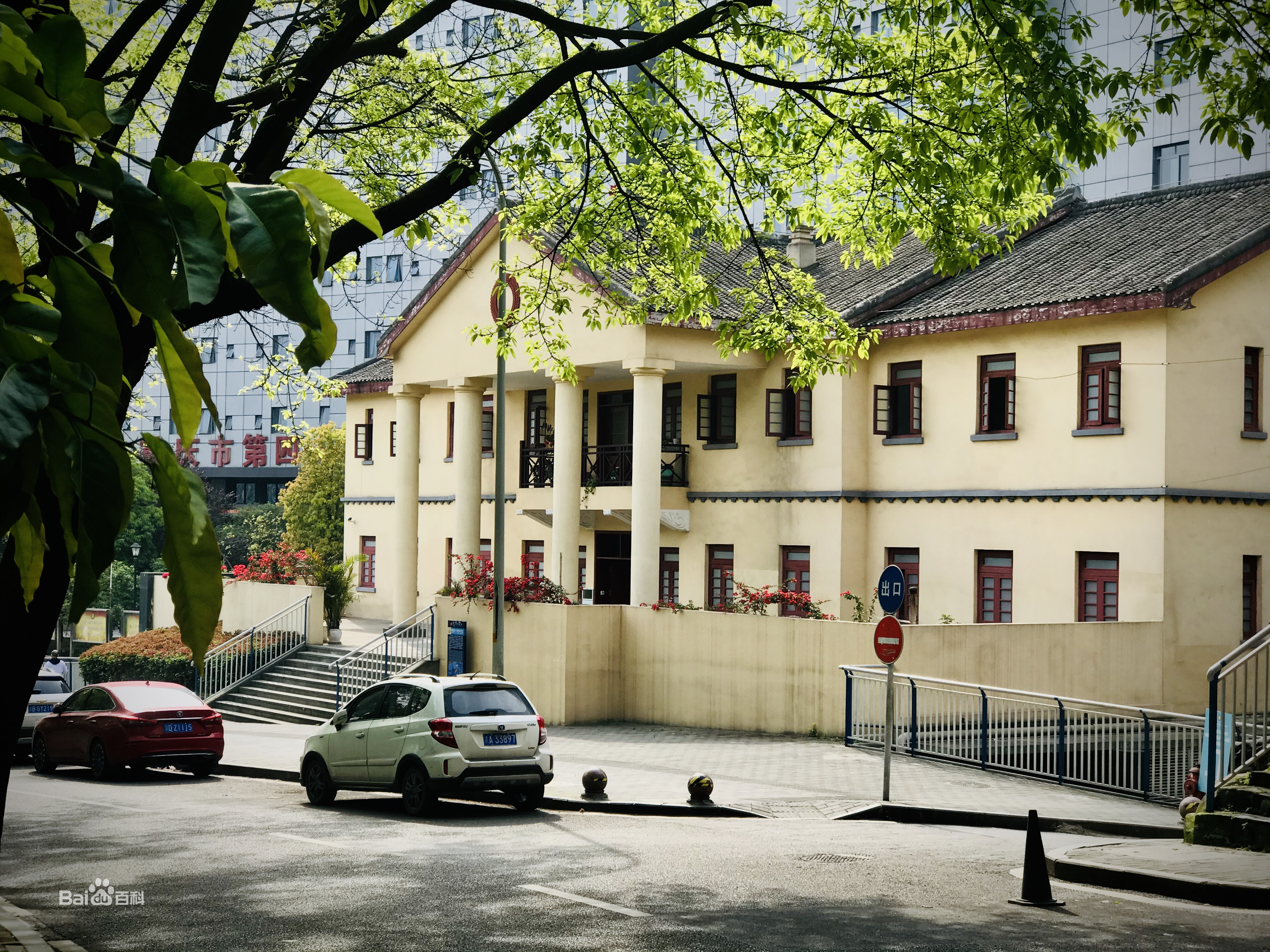 Former site of US embassy in Chongqing

The Danish legation, The Turkish legation and the Australian legation were located in E’ling Park, the commanding height of the Yuzhong Peninsula. Not far away from it is the must-visit tourist site Testbed 2. Walking down from E’ling Park to Jiangkang Road you can see a brick and wood building in Baroque style, which was the site of the former American Embassy. In 1938, the U.S. Embassy moved to Chongqing and settled in firstly Zhongshan 4th Road, then Liziba and finally here in this small building in 1942 when it’s completed. 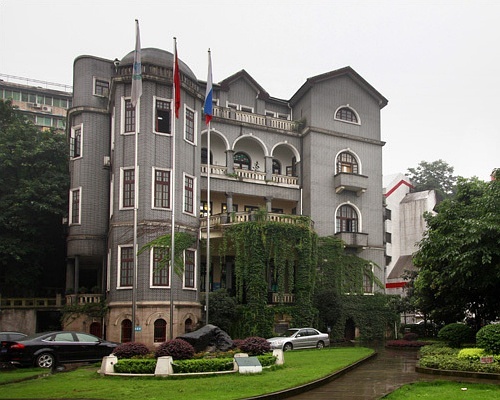 There’s another Baroque-style building in good condition in Pipashan Main Street——the former Soviet Embassy, which is now the office building of the Third People’s Hospital. Yuzhong District was also home to a number of other old sites, such as the Sino-British liaison office in the Jiefangbei Wusi Road and the French consulate site in the Eighteen Ladder area which was demolished later.

In order to avoid the Japanese bombing, foreign embassies and consulates have moved to the Nan’an District. The former site of the naval office of the US Embassy was located in Chongqing Socialist College at the south end of Dongshuimen Bridge in Na’nan District. Not far from here are the old sites of the Belgian embassy and the Italian Embassy, close to the Ciyun Temple and Mishi Street. In recent years, the municipal government of Chongqing has planned to build this area into a “Chongqing Port-opening Cultural Heritage Park”.

As hidden as it is, Nanshan Mountain was chosen as a shelter by many other Embassies and consulates. In a previous article Four Residences of Chiang kai-shek in Chongqing, we introduced his villa in Nanshan Mountain bought from a rich merchant surnamed Huang. In addition to that, Chiang Kai-shek also purchased other residences for hosting foreign guests including one building originally owned by Zhu Xinmen, an arms dealer. Because the Soviet ambassador Pan Xinyou lived in this house for a long time, this building was called the “USSR embassy”. As the former sites of the French embassy, the Indian Embassy and embassies of other countries are also nearby, now this area is known as “Huangshan, Nanshan Wartime capital Remains”. 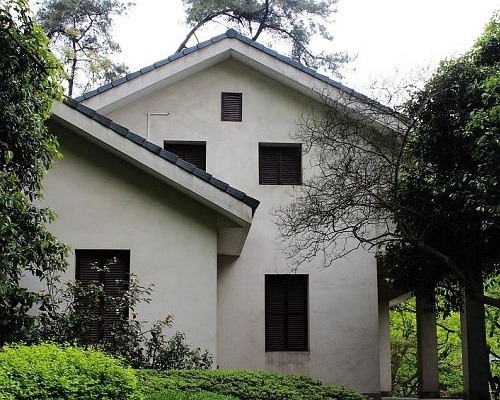 Former site of French embassy on Nanshan in Chongqing

The foreign embassies and consulates endured the Japanese bombing together with the army and people of Chongqing. They are witnesses of the “Mass Bombing in Chongqing” and important parts of the history of Chongqing being the provisional capital during wartime. Dear readers, it is very worthwhile for you to visit those sites in person. See you next time.