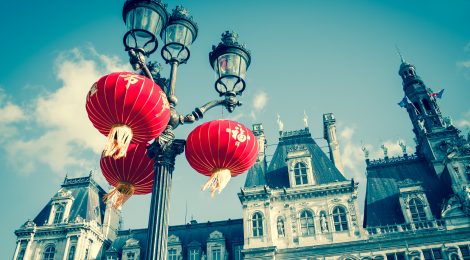 On November 1, the European Union’s Ambassador to China, Hans Dietmar Schweisgut, posted on the website of the EU Delegation in Beijing a statement saying that the EU has launched an ambitious new strategy to strengthen the relationship with China, based on deeper engagement, more openness and reciprocity.

This comes at a time when Chinese investments in the EU are facing impediments, with member states’ governments putting China’s merger and acquisition (M&A) targets under extra scrutiny. It is registered that the number of accomplished Μ&Αs in the EU have decreased, with an amount of approximately €36 billion in deals lost. European countries have proved hostile to approving Chinese investments worried they could pose a threat to economic and national security interests. Since 2005, China has been expanding its investments in the European Union, amounting for €20 billion in 2015. Chinese enterprises tend to target companies which possess a strong brand name and solid clientele, so as to quickly reinforce their presence in the EU market; recently Chinese investors have shown a preference for acquisitions of high-tech firms, in line with the national demand for technology, as well as to boost Chinese know-how and product quality.

As Chinese acquisitions in Europe increase, European countries are showing controversial reactions. In some of the major economies, including Germany and the UK, a protectionist approach seems to be prevailing, with some European leaders trying to block Chinese M&As. Take for example the case of Kuka, an innovative German robot manufacturer, which was acquired by the Chinese Midea earlier this year, causing the objections of both Kuka’s workforce and of some government and European representatives. More recently, Berlin withdrew its approval to the acquisition by a Chinese firm of the chip equipment maker Aixtron, losing a deal worth the equivalent of €677 million. A similar situation happened in July in the UK, when the British Prime Minister Theresa May stopped the construction of a large nuclear power plant by China General Nuclear Power Group.

However, inside Europe there are different souls and, not surprisingly, Europe does not have a  common approach to this issue. A number of Central and Eastern European countries see Chinese investments as a golden opportunity to prompt their economies. Indeed, Chinese enterprises have targeted Eastern Europe to take advantage of the financial and economic opportunities, especially following the 2009 crisis. This is the case of Chinese investments in Greece’s Piraeus port.

One part of Europe welcomes Chinese investors as they bring benefits in terms of cash flow and employment, the other part argues that local enterprises might soon be unable to compete with their Chinese counterparts, as many of them are state-owned enterprises, backed by central government’s support. Where Chinese investments’ supporters highlight that keeping the markets open will help easing restrictions on European firms going to China, the sceptics see the unfairness of their investors’ limited access to Chinese market.

Given the current controversial situation, a window may open to redefine win-win reciprocal investment relations, from which both sides would benefit. As EU countries should forget the narrative of a Chinese economic invasion, Beijing undoubtedly needs to put forward economic reforms, focus on abolition of entry barriers, and greater transparency.