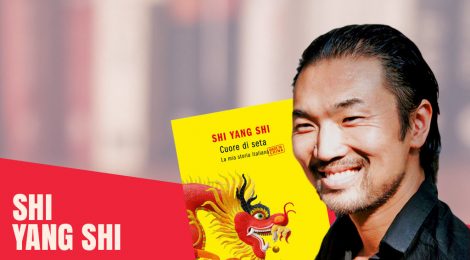 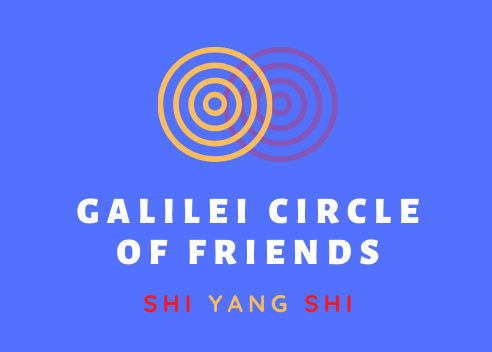 In your career you have done many things, and you have been different “Yang Shi”: a multifaceted artist, a successful translator and presenter, a “hyena”, actor, writer. From your point of view, what have been the pivotal moments in your career so far?

I believe that as an artist I cannot yet say that I am satisfied with my path so far, I am very ambitious, I want to grow. Yes, I have received some small awards and have been the protagonist of several theater shows but my dream is to make it into the great cinema.To answer your question, I can speak in particular about three turning points in my artistic career.

The first was when I was 24. I left Bocconi to go to “Civica Scuola di Teatro Paolo Grassi” in Milan, but a year later they rejected me despite having given up the opportunity to be the official translator of Wen Jiabao, the Chinese Premier at the time. Despite the rejection, I continued undaunted in my path. In those years, I accompanied two great Italian directors to China, Tornatore and Gianni Amelio, as an assistant for two films, then I went back to my mission and passionately continued to study theater.

The second turning point was in Prato in 2009, where I started to do independent theater shows and I did it for seven years. That was where my show “ArleChino: translator and traitor of two masters” was born. In Chinese I translated it as “tongmen tongmeng”(铜门同梦: bronze door, door of dream). This show was also brought to Beijing. With this show I really started the process of “xunghen“, the search for roots and then I found, recognized, transcribed the history of my family since 1800 to the present day, up to the tragedy of the seven Chinese workers who died in Prato. I began to be involved in social theater, which made me understand in what time of capitalism I am living, and as a Chinese from Italy, what role they can play, how I am seen and how I see others, and I continue this process.

A final turning point is quite recent. Over the years I have continued my film career, doing many many small roles as a Chinese, or second generation in Italian and international films. When I left Bocconi to follow my dream of becoming an actor, I was encouraged by actress Gong Li, and director Tian Zhuangzhuang. After many years, in 2019 I saw them again at the Venice Film Festival, of which I am the official Chinese language translator. Meeting them in Venice again, where I was to present my film, “Effetto domino” with Marco Paolini and directed by Alessandro Rossetto, was a great gift, definitely a turning point in my life and career. Yang and his book, “Cuore di Seta”

BOOKS – Tell us about “Cuore di Seta”, your first book published by Mondadori. This work tells your story, even at times very personal, intimate, and private. Why did you decide to do it?

It was not my choice, but I responded positively to a courtship by Mondadori, for a publication destined to Italian “young adults”. Their team had previously worked on a product focused on Italians of Chinese descent. They contacted me after seeing my interview with Daria Bignardi, on her famous show “Le Invasioni Barbariche”. They wanted me to to write my autobiographical story focusing on the emancipation process as a gay man in a Chinese family in Italy.

So I put a bit of my story about immigration into the novel, but the focus of the conflict isn’t whether I’m Chinese or Italian, it’s more on the other aspect related to sexual orientation, and I decided to do it, because I was aware in 2017 to have this double diversity: on the one hand I am one of the few Sino Italians who works on an artistic level in theater and cinema, and on the other hand I am an LGBTQ + artist. I have my own community and I can define myself as an activist in this sector. “Cuore di Seta” had this double function: to be the first autobiographical novel by a Sino Italian writer, but also to tell a particular nuance of pain management in an immigrant family. 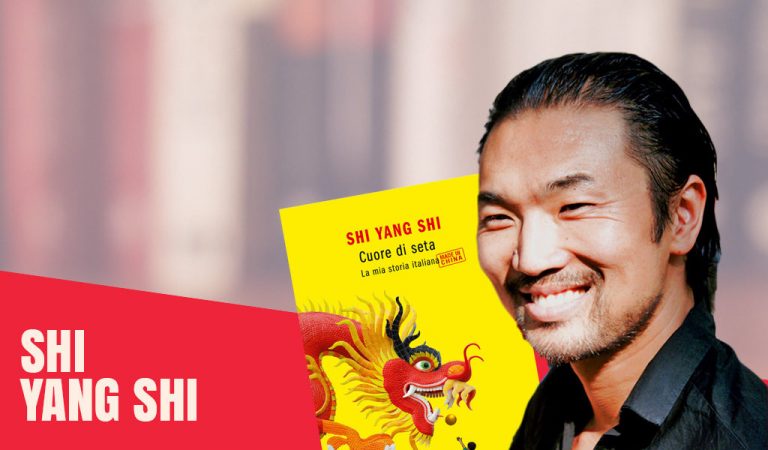 My most recent shooting season has been extremely profitable. One in Nepal, during Covid, as a Lama, one as an interpreter who I also acted in Pugliese, with Italian famous actor Lino Banfi, one as a kungfu master, and also a cook in “Lupo bianco” and a fourth film, “Falla girare”, a Neapolitan film in which I was a henchman and I died for the first time in my career.

Even though in all four films I only had small roles, they gave me unique experiences and instilled a great quantity of humility, because I had to fight hard to get them and bring them to their best. This year, on the one hand, I perceived how he is growing as an actor, while on the other hand, how he is increasingly willing to open up to an international market: the last auditions were in English, because the theme of diversity is changing and is of increasing interest.

As a Sino Italian actor, I then have more and more space, I always hope to be able to act in audiovisual products, even fiction for TV or in the cinema with really powerful roles, of Italian characters who are deeply rooted here in Italy, not necessarily only cooks or mafiamen, but also something else, maybe a policeman in the future? Let’s see.

THEATER – Tell me about theater: what are the latest developments in your path?

In the theater I am continuing with the social theater and I am still carrying “ArleChino” on stage, because so many have not seen it. I entered Paolo Grassi with the mask of Pantalone, loaned to me by Ferruccio Soleri, whom I met thanks to two trips to China with him, the actor who all his life made Strehler’s Harlequin, and I would like to do all the ArleChino life, because it is a timeless show, the only one of its kind, also recalls the Maestra Cristina Pezzoli, director and co-author of this text, and because it can inspire many not only Italians, but also young people, because it is the show of how a dream is born and protected, on the identity of who one is.

I carry on the social theater with “Love me tender”, thanks to which I have recently been to Trieste. It is the first Italian show on affective and sexual addiction. The protagonist is a Sino Italian gay boy. I studied this theme together with Renata Cierravino, and we chose from among the various dependencies, the one from sex both because the productive conditions allowed only a monologue, and because we knew better the gay community to which I belong. Yang and his husband, Angelo Cruciani 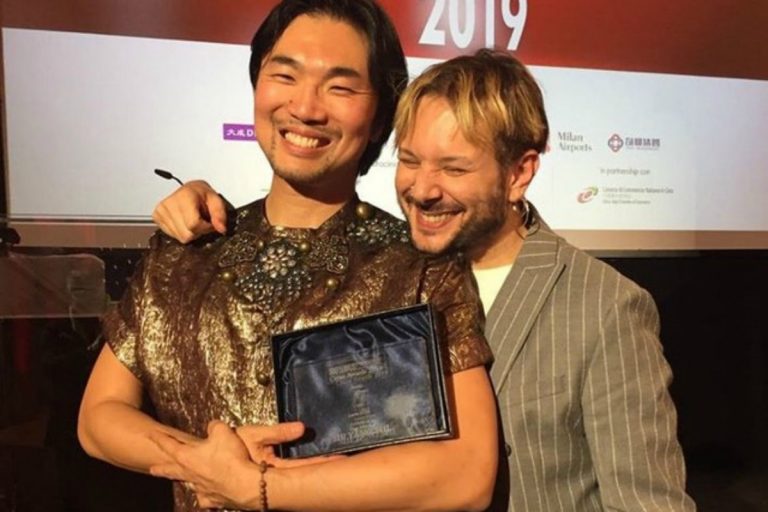 Yang and his husband, Angelo Cruciani

What are the projects you have in the pipeline and your main goals from a professional point of view? How do you see yourself in 10 years, what is the Yang of the future?

If I were to die within ten years, I would like to die peacefully. This goal is certainly linked to my Buddhist path: I realized how much anger I have inside, how much sadness I still have inside, and how I don’t want to take it beyond death.

In this perspective, if I have life for ten years, I would like to work on work projects that unite and bring harmony, without advertising China or Italy or selling an idealistic image, it means telling things for what they are, but making them art, thus creating beauty. Creating art can also lead to a path of healing, both for those who do it, therefore for us artists, and for the public who sees and participates in it and transforms itself through experience.

Then I’m honest, I’d like to earn a little more: next year is the year of culture and tourism between Italy and China and I hope to return to work as an actor and translator, because Covid-19 has blocked everything.

What is the role of your husband, Angelo Yazel Cruciani, in your life, and is it important that he is Italian?

I don’t think the fact that he is Italian influences our relationship so decisively: I believe that when you are in love with someone, his total being, his world, his universe, it influences you, feeds you, stimulates you without nationality.

His being an Italian of his certainly connected me with the Italian ability to pass on his knowledge and cultural heritage without major traumas. He comes from the Marche, he studied in the palace where the Duke was, that of Urbino, in an Italy that has always kept its identity.

His Italianness coincides with mine to the extent that we want to embrace the world. We don’t want to lose China, but we want to develop our relationship with the country. In particular, I would like this being always between two cultures to find its deep lasting peace over time, in harmony with the “zuguo”, the nation of my ancestors.