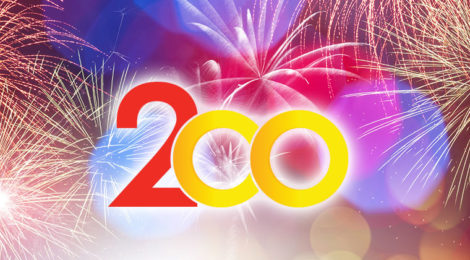 Introduction to this special “Missiva”

For the 200th edition of the Missiva we decided to offer something special to our audience, giving space to the stories of Italians in Chongqing. The city has made significant changes over the past three years, both internally and in terms of opening up to the world. Italians have played a role in this process, with good results. Here are our four friends:

Davide Castellani is one of the main protagonists in the Italian institutional framework in Southwestern China, representing our country on countless occasions.

Paolo Bazzoni, Director of the Italian Chamber of Commerce in Chongqing, has worked strenuously to facilitate the entry of Italian companies into the local entrepreneurial market.

Ermanno Vitali, who left the city this year to embark on a new experience in Nanjing, lived and worked as a general manager in Chongqing in the last few years with his beautiful family, and represents a successful integration story.

Salvatore Portoghese has worked first at “Origano Roma” restaurant and then for the five-star Hotel “Niccolò Chongqing” as an Italian chef. His dishes over the years have lifted up so many Italians in Chongqing.

Their stories testify how Italians, despite the initial difficulties of living abroad, can do well in Chongqing and build, with tenacity and commitment, high-level personal and professional paths, recognized and appreciated by local people and institutions.

Initial expectations – I arrived in Chongqing two years ago, in a city that was described to me as a very interesting place, perhaps not yet very open to the West like other major Chinese cities but with a very good growth prospective. I have learned to appreciate Chongqing as a very dynamic city,  especially from an economic point of view. It is included in an area, South West China, where change is taking place at a speed which is inconceivable in many other parts of the world. My initial expectations have been fully met and indeed exceeded.

Progress made – From a more general point of view, the activities of the Consulate in the last two years have made significant progress. At the numerical level, I can mention the visa office, which recorded an increase of 16% of visa requests last year, while this year the growth is currently over 20%. This shows great interest from Italy to Chongqing and how the city welcomes our compatriots in a very positive and effective way.

As for trade, after the signing of the Memorandum of Understanding in Rome this March, Italian initiatives have multiplied, as the visibility of our country in the South West. At the moment we are attending numerous promotional initiatives, such as, among many others, the recent “China International Aviation & Aerospace Exhibition”. I have generally been able to testify a constant increase in the role of Italy in China and in the activities carried out by the Consulate.

Why still in CQ and future projects – I stayed in Chongqing to continue and reinforce an incredible experience, both from a professional and personal point of view, thanks in particular to the warmth of local people. I am certain that in the next few years it will be even more interesting. In fact, Chongqing faces a great challenge today: a conversion of its industrial base towards a technology-based innovation one is necessary and welcomed. In the coming years I will stay in Chongqing to serve my country and to experience change from such a privileged prospective.

Chongqing Director and Board member, Italy Chamber of Commerce in China

Initial expectations – I came to Chongqing for the first time in 2014, choosing it as a city to established the headquarters of the Italian Chamber of Commerce in China for the South West. My expectations were first and foremost to integrate with the local reality and with the business community (both Italian and Chinese), to create concrete foundations in support of growing business opportunities for Italian companies in the area.

My expectations so far have been fully met, thanks to the constant work aimed at achieving my goals, clear guidelines and a positive personal attitude to cultural integration. Personally I also found in Chongqing, in its people, in its cultural and social matrix, a synergic reality open to new goals, dialogue and stronger business relations. Being married to a woman from Chongqing further facilitated integration.

Progress made – Chongqing, as an autonomous municipality directly linked to the central government, over the years has experienced a robust growth, especially in the logistics infrastructure, transport, and services sectors. The city is constantly evolving: it has developed increasing curiosity towards innovation, new businesses and lifestyle trends without losing its unique cultural soul.

From a personal and professional point of view my life has been consolidated and improved over the years, guaranteeing to me and my family a lifestyle in line with expectations. The Italian Chamber of Commerce in Chongqing has achieved excellent results with the new promotional center for bilateral investments, in partnership with Liangjiang New Area. We have launched an accelerator for SMEs with ad hoc desks and services to create business opportunities in the area.

Why still in CQ and future projects – I live in CQ because my life and my professional activities are here, while having more often opportunities to return to Italy both for work and pleasure. When it comes to the future of the city, I think it will be able to advance further in becoming an eco-sustainable municipality, a smart eco city, and it will complete the logistics and transport integration towards the West of the country.

Cooperation with industrial associations in Italy will also be increased to promote and give concrete support to new investments towards Chongqing, but also to assist Chinese companies and local Chinese government delegations to Italy.

Initial expectations – My expectations were very clear from the beginning. In fact I knew in advance that AnsaldoBreda intended to exit the joint venture previously established with Chongqing Chuanyi. This was clear, but also very challenging to me.

From the professional point of view, I had the opportunity to learn the functionality of a Sino-Italian joint venture in China, which had very different peculiarities and difficulties compared to a private and independent Italian reality. On the other hand, from a personal point of view, I had the opportunity to live in Chongqing with my family, to raise my girls, to let them attend a local school and study Chinese language. Over the years I met many interesting people, new outlets and job opportunities opened up, and I found a balance both at a personal and a family level.

I believe that Chongqing is in general a very livable city. The only flaw initially could be represented by the lack of an international dimension. But over the years, thanks to the opening of the consulates, this have been solved, and now everything is in place for Italians to enjoy a unique and spicy life in South Western China.

Future projects – I left Chongqing to return to Nanjing, at the Yixing FAAM Industrial Batteries company, for starting a new experience as its CEO. Within the new company, however, we will certainly try to identify the possibilities for economic development in Chongqing, where the market is large and numbers important. In the meantime I think of Chongqing as a city dear to me, where I experienced positive years for my professional and individual growth.

Initial expectations – I arrived in Chongqing three years ago and have been living in the city ever since. The first thought back then and my greatest hope was that Chongqing could grow internationally. Today I can say that several steps in this direction have been taken successfully, opening the doors to foreigners both in the business and the academic world.

Progress made – I am confident in the new local generations. They have made and are still making very important progress towards internationalization. In recent years they have developed a great interest in my sector, and the will to taste foods from different nations. More and more young people are studying foreign languages, while a newly open minded mentality has spread all over the city.

My first job in Chongqing was as an Italian chef, for a restaurant with an Italian owner as well. I remember that the first six months were very demanding, because I had to adapt Italian recipes to the local taste, and at the same time look for new international customer, which were not many. After almost two years at “Origano” I had a new opportunity at the five-star Hotel “Niccolò Chongqing”. I decided to make a shift in my career, becoming the Italian chef of the hotel. The workload was immediately greater, but also the customers were more international and open to Italian food and its taste. This made my transition to the new role smoother and easier. Why still in CQ and future projects – My answer is simple: I’m still in Chongqing because I like it. Definitely a big barrier for me is the language, because few local people speak English and I still don’t speak Chinese very well. But I am optimistic about the future: in the coming years the city will further open up and the numbers of English speakers will grow. At the moment I don’t have special plans for the future, but I just try to work hard every day. I want to gain experience here in Chongqing, improve myself and introduce Italian dishes and food excellence to customers in the best possible way.

Interviews made by Marco Bonaglia