Browse: Home   /   Sino-EU relations: The role of tourism and the city of Chongqing 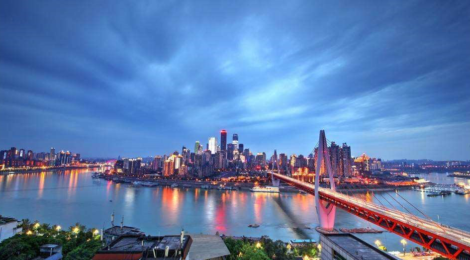 Sino-EU relations: The role of tourism and the city of Chongqing

ggii / 18/02/2019 / Comments Off on Sino-EU relations: The role of tourism and the city of Chongqing / Past edition of Galileo Weekly Observer

Being one of the cornerstones of the changing international geopolitical order, in 2018 Sino-European relations have been put under scrutiny as never before. Since 2014, the relations have witnessed an impressive improvement both from a supranational and national level. In 2018, in fact, Chinese President Xi Jinping visited the European Institutions headquarters in Brussels and both actors agreed to implement the “EU-China 2020 Strategic Agenda for Cooperation.” From so on, the EU and China have undergone strong upheavals and faced challenges, becoming then extremely relevant on the global stage

The relations between China and the European Union are central and their joint efforts to promote growth represent a source of stability. Nowadays, the world is witnessing rapid changes: states and corporations are becoming intertwined and more radical solutions are requested to fight inequalities, the rise in immigration flows (especially towards Europe), competition on international trade and the revival of nationalist policies.

In 2018, nevertheless, the challenges have been many. First of all, the so-called “Trade war” between China and the United States created uncertainties. Another reason for turbulence was the increasingly commercial and political proximity between China and Eastern and Central European countries. The growing role of China in Central Asia, and the implementation of the Belt and Road Initiative on a larger scale, furthermore encouraged the European Union to launch (perhaps belatedly) a development plan for Asia called “Connecting Europe and Asia”, with the aim of strengthening economic and political relations with ASEM countries (the 12th biennial meeting was held in Brussels on October 19th, 2018). In 2018, important steps were also taken by the EU in improving relations with two potential competitors of China in Eurasia: India and Japan.

THE ROLE OF TOURISM IN THE SINO-EUROPEAN RELATIONS

In 2018, despite the jolts and turbulences, at least at the supranational level bilateral relations seemed to have kept their pace of development, looking at the new year with confidence. The positive effects of closer relations between the EU and China are in fact remarkable, from a commercial, political, people to people point of view. A sector that in the past few years has undergone an impressive growth is that of bilateral tourism.

In 2018, the EU and China launched the EU-China Tourism Year (ECTY) with the goal of promoting their own countries touristic gems and foster the cooperation between public and private actors at a bilateral level. According to data from the ECTY’s Website, bilateral tourism has more than tripled in the last ten years. As suggested, in 2016 Chinese tourists spent almost 25 million nights in the EU and EU tourists spent 35 million nights in China. Tourists from China bring one billion Euros per year to the million people working in two million businesses. Even if it is still too early to have precise data and to be able to declare the year of European tourism as a success, surely it placed the sector at the centre of bilateral relations and made people aware of the importance and the numbers of tourism.

Although each member country of the Union exploited the window offered by the initiative in different ways, it turned out to be a great opportunity to promote bilateral cooperation. The EU and China can revise the highs and lows of the year and learn from mistakes made to offer a better and fruitful framework for the next initiatives.

THE CITY OF CHONGQING: A NEW GLOBAL TOURISM DESTINATION

When it comes to Sino-European bilateral tourism, second-tier Chinese cities will play a central role: in the next few years, thanks to the growth of their middle class and urban development, they will likely represent destinations and source of tourism flow. With plenty of high-level infrastructures, cultural and attractions, they already offer a diverse option for European tourists and an interesting alternative to the “Big three” top Chinese destinations (the more known cities of Beijing, Shanghai and Hong Kong are the easiest places to choose but also the most common ones).

In this context, the city of Chongqing can certainly play a key role in the coming years. As the only Municipality of Western China, a transport hub and key Belt and Road Initiative strategic junction, Chongqing can count on political national support and a huge amount of investments pouring from the top. According to the City Travel and Tourism Impact 2018, published by the World Travel & Tourism Council, Chongqing is rapidly becoming a global city with regard to tourism. As for the list of the “Top Global destinations” of 2017, the city ranks nineteenth overall for the size of the tourism market. In particular, Chongqing is part of the list of “Top performers,” made up of 15 cities worldwide, in terms of direct travel and tourism GDP in 2017. Chongqing ranks fifth in the list, with a GDP growth of 11, 3% in the years 2016 and 2017. As for the cumulative data from 2007 to 2017, Chongqing ranks first on the list, ahead of Chengdu and Shanghai, with a growth of 18%, almost doubling the second classified.

Regarding the growth forecasts for the years 2017-2027, Chongqing will remain at the top, surpassing Guangzhou, Shanghai Beijing. Chongqing will become part of the 15 major tourist destinations in the world in terms of Travel & Tourism GDP by 2027. According to the report, Chongqing will become the fifth Chinese city on the list after Shanghai, Beijing, Guangzhou and Shenzhen (to which you must add Hong Kong and Macao, placed sixth and seventh in the special Chinese ranking list).

According to the most recent data of the National Bureau of Statistics of the People’s Republic of China Chongqing has received an increasing number of visitors in recent years. In 2016, 1.81 million “overseas visitors” arrived in the Municipality, while the number of “foreign visitors” amounted to around 1.19 million. Also, according to national data, the “Foreign Exchange Earnings from International Tourism” in 2016 amounted to around 1.7 billion US dollars. Tourism for a city and a municipality like Chongqing thus becomes increasingly important, stimulating and pivotal activities in the economic growth of the region.

One of the main touristic opportunities of the many offered by the city of Chongqing is that of “artistic or cultural festivals.” This theme will be explored in the next article, with particular reference to the “Three Gorges Reservoir Area” of the Municipality.