Browse: Home   /   Some thoughts on the lack of reciprocity issue in Sino-EU relations 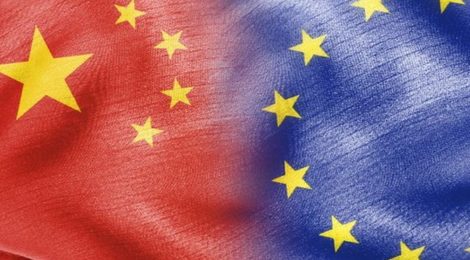 On May 9th, 2018 we have celebrated the 68th anniversary of the 1950 “Schuman Declaration” which laid the foundations of what is today the European Union (EU) with its 28 member states. The 9th of May (Europe Day) has become a European symbol, which, along with the flag, the anthem and the single currency, identifies the political entity of the European Union.

As European citizens living China, we decided to write this week Observer on the major issues existing between the European Union and China to remind ourselves the major challenges ahead.

The EU has become one of the favourite destinations for Chinese outbound foreign direct investment (OFDI), with annual Chinese OFDI in the 28 EU economies increased from €700 million in 2008 to €35 billion in 2016. In 2017, Chinese investment in the EU dropped to €30 billion, the first decline in four years, in the wake of China’s regulatory crackdown on OFDI.

The Chinese investment flows are causing both enthusiasm and anxiety in Europe. Some politicians are excited about the idea of revitalizing their economies, others are concerned about the potential security risks and negative economic impacts. One important concern is the lack of reciprocity in EU-China investment relations. While Chinese investors enjoy the same rights in the EU market as any European business, foreign investments are still heavily restricted in China, and Beijing has not delivered on many promises to remove formal and informal impediments for European companies operating in the country. This gap in investment openness might lead to unfair competition and result in market distortions. It also creates the feeling among European citizens that the playing field between Europe and China is not ‘win-win.’ The reciprocity level with China extends to restrictions at market entry (investment limited only to certain sectors) as well as formal and informal discrimination post-market entry (EU companies face disadvantages in operating in China if compared to local companies). Recently announced policies from the Chinese side to level the playing field are ambitious and have not yet led to a substantial improvement. China is vastly more restrictive compared to EU economies in virtually all industries. The discrepancies are especially large in the service sector, which remains heavily protected in China and restricted for foreign companies.

Since 2014, Beijing has made a push to release reforms that would help to address both market entry restrictions as well as post-market entry discrimination, and it has made some progress on both goals in the course of 2017. China has demonstrated greater seriousness in reducing limitations for foreign investors by cutting down the negative list of prohibited sectors. In August 2017, the State Council promised to open to foreign investment an additional 12 sectors, including electric vehicles and financial services. President Xi also promised to guarantee “post-entry national treatment” for foreign companies. These steps are positive, and China is committed to “exceed expectations of the international community” with further pushing forward reforms in 2018. However, serious concerns remain about China’s ability to fully and timely implement the announced FDI reforms. 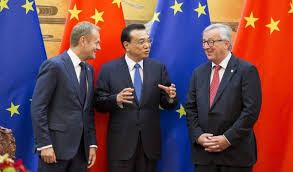 EU policy-makers need to start being more specific and realistic in defining what the EU can and should ask for to make the principle of reciprocity fully operative. This need to include consideration about the necessary political leverage and instruments of pressure.

Europe is not alone in seeking the right response to the lack of reciprocity in investment. The United States, where Trump administration has taken a more confrontational approach to certain Chinese practices, is on the verge of a trade war with China. Brussels should push for a robust bilateral investment treaty as well as build an efficient and transparent European framework for security screenings, similar to the Committee on Foreign Investment in the United States (CFIUS). The EU should also build coalitions with like-minded countries. OECD countries, given the lack of coordination among them, are likely to enter into a race in which certain countries will seek special treatments for their own investment in China at the expense of a collective approach.

Europe should not leave the US to take the lead in the fight for reciprocity with China. Instead, Brussels should help the world to deal with Chinese investment without damaging China’s right to grow and expand its influence.