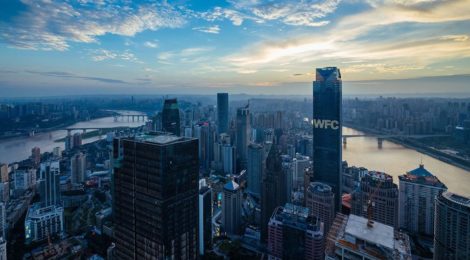 Gianluca Luisi: a successful story of an Italian entrepreneur in South West China

ggii / 18/05/2018 / Comments Off on Gianluca Luisi: a successful story of an Italian entrepreneur in South West China / Past issue Chongqing stories

Dear readers, for this issue of Chongqing Stories, we interviewed Gianluca Luisi, an Italian entrepreneur who works in the consulting sector. 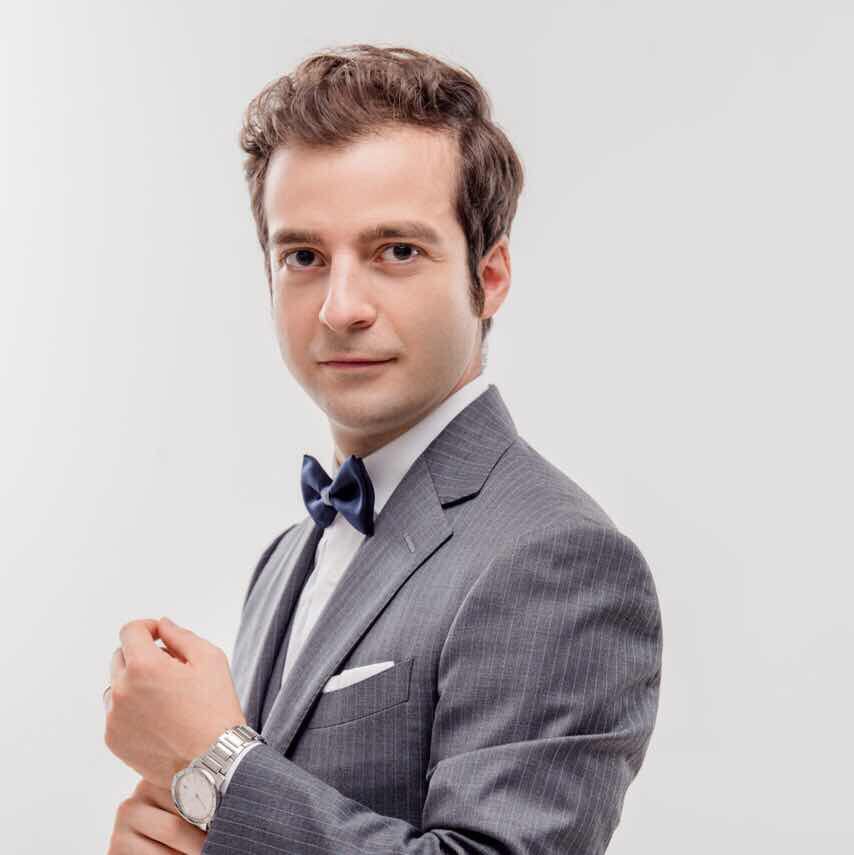 Gianluca, hailing from Canosa di Puglia, a small town in the beautiful South of Italy, began his career abroad very young, starting from the UK where he took a course in International Trade with Foreign Language at Westminster University. During his studies in the UK, he spent one year abroad in China, where he took classes at GuangHua Management School at Peking University. After graduation, he started a Master degree in International Political Economy (Chinese-taught course) always at Peking University.

Driven by his interest in doing something good for Italy, in a foreign country, he moved to Chongqing where at that time our country had just established a new diplomatic-consular presence and he worked there for four years, living in the front line the establishment of an Italian official presence in the dynamic south-west China. Nowadays, he works between Chongqing, Chengdu, Italy and the United States.

Why did you decide to open a consulting agency for Italian and Chinese companies?

After all these years in China, I have become aware of the many business opportunities that could be established between the two countries. At the same time, I have also acknowledged many of the difficulties that companies are likely to encounter while embarking themselves upon business adventures in foreign countries.

Business environment, indeed, is not just about numbers. It is also related to local languages, cultures, networks, management, risk projections and long-term planning.

I thought it would be a good idea to serve as medium for this cooperation potential.

On one hand, while Italian companies are eager to settle down in the dynamic Chinese market, they find it hard (and costly) to establish their local presence in China. On the other hand, some Chinese companies, after long years of growth and business model’s improvements, are now ready for international expansion (not necessarily through export but also through foreign direct investment in many sectors).

ChinItaly is the company I have set-up, together with my wife, in Chengdu and which works mostly for/with Italian companies for business operations in China. We also signed a deal with Napoli Calcio for the launch of cooperation initiatives in China.

Before starting this career, you were in charge of the commercial office at the Consulate General of Italy in Chongqing. Could you tell us about your experience there and if in some way that job has influenced the choice of the current one?

The years at the Consulate General of Italy in Chongqing were undoubtedly among the toughest years of my life, yet the most interesting and enriching ones.

There were only 4 of us in the office (temporary at that time) in the very beginning. It was not like a company start-up when you are trying hard to get your products/services into a precise market segment. We did have a precise mission, but with a much bigger scope. That was promoting our Country in an unfamiliar place while establishing official dialogues with local authorities and paving the way for potential business projects.

We had to start from scratch and we had to set our standards. We wanted to make a difference in the southwest, knowing that many other countries had established their diplomatic-consular presence there years before.

The approach of the former Consul General, Sergio Maffettone, to diplomacy was very inspirational and it kept us fully committed throughout those years. I was working on almost everything, from the secretary office, translation and interpreting tasks, media affairs, cultural events, to commercial projects.

Having the opportunity to meet high level political and commercial delegations from both sides enabled me to gain a very in-depth understanding of Italy-China’s bilateral relations. I felt honoured to make my contribution within this important framework.

I still remember getting a front-page article on local newspapers (often reserved for the latest political affairs news) picturing Consul General and myself playing football. The article’s title was: “Consul General of Italy in Chongqing Sergio Maffettone invites Chongqing’s residents to his house to watch the Italian football match during the World Cup.” It was indeed a great way to say that Italy was there and we were open to get familiarised with the local environment.

In Chongqing, you often hear a saying: “接地气 (jie – di – qi)” which means “get local” with a very positive meaning. I think that this would be a good start for any entry strategy of foreign commercial presence in Chongqing.

Being in charge of the Commercial Affairs Office helped me to understand the problems that Italian and Chinese companies would face when internationalising in such a context.  I would often think that southwest China was not missing Italian entrepreneurs but structures which could really help Italian companies to get started with all kinds of technical issues.

How much does the help of a Chinese partner affects when you decide to open a business in China? On your part, there were any difficulties you had to face?

I think that the choice of a good local partner is crucial for long-term success in the Chinese market. No matter if we are talking of a WFOE or a Joint Venture, at some extent you would still need to build up strong partnerships with local entities/individuals.

The most difficult bit is actually getting the right partner at the first place and work out a medium-term commitment plan from the very beginning (even though you might want to leave margin for flexibility during the process – something very appreciated by Chinese entrepreneurs). Another key element is actually assessing your own capability and assets before negotiating the business terms. What is in for them? What is in for you?

In addition to that, problem-solving with local partners might require few more dinners rather than email exchanges. You might want to get ready for that.

Personally, my difficulty was coming up with something original and significant not only for Italy but also for China. I wanted to come up with something that could really create added value within a mutual and fair exchange.

Is Chongqing still an opportunity? What advice can you give for those who want to invest here?

Chongqing plays a very important role in many of China’s national level strategies within the southwest region, and it grows faster than many other Provinces. Central government investments in infrastructures and in new emerging sectors are giving rise to new pilot projects and are changing the shape of the local economy. Things might get really fast here.

Important industrial clusters in the automotive, IT, aviation, transportation, pharmaceutical, agriculture and other fields make Chongqing a great destination for investment activities.

Consumers’ spending power is also steadily increasing paving out the way for many commercial opportunities (export, retail and e-commerce) in the lifestyle sectors (furniture, food, fashion, cosmetics and other consumables).

Despite these competitive advantages, it is still important for foreign companies to get familiarised with the local business environment before establishing an efficient entry market strategy. You might want to adjust the management skills as well as micro-and macro management models, stick-and-carrot techniques work quite different in this market.

In addition, working closely with our institutions locally (Consulate General and Chamber of Commerce) is likely to help you gain valuable information of the latest ongoing projects and market trends.

Chongqing and Chengdu, two cities as close as enemies. Your agency is present in both cities, in which of the two you notice a greater internationalisation and why do you think that?

Good question. I do hope my wife shall never read this interview.

Yes, these two cities are competing with each other, at various extents, in many areas. As far as internationalisation process is concerned, Chengdu had an early start, taking advantage from being the capital city of a Province with a population of over 100 million people. Pandas did their contribution. Many international events took place in Chengdu recently, giving it great visibility globally.

Yet, Chongqing is catching up quickly.

Think about the latest tourism figures: Chongqing’s recently ranked second in the national ranking for domestic touristic destinations right after Beijing. It means that domestically people are recognising more and more the uniqueness of this city.  Not for the pandas but maybe for hot-pot (a culinary tradition which invention is also claimed by Chengdu, of course).

Internationalisation does not happen in a vacuum either. Each city, each territory has its own unique path.

I think that Chongqing has to encourage business access to foreign companies (economic incentives might help, but I think that international talent recruiting might also be an issue the government would have to be looking into), while coming up with its own international brands. This last point could also be a good area for intervention by our Italian companies, considering our extensive competences in creativity and design.

For the future, do you have any further expansion projects in China or abroad?

I am thinking about creating an incubator for Italian SMEs in Chengdu or Chongqing (let’s look at the incentives first), something I would do to support them to get into this market with lower cost pressure.

Another ongoing project is in the artistic field where I plan to open up a gallery-workshop in Chengdu where Chinese people can learn more about Italian culture and artistic trends (our ever-lasting heritage).

I have also launched a non-profit organisation called the World Chilli Alliance through which I hope to contribute to the development of a more sustainable chilli industry while getting together the world’s chilli-heads, organising seminars, summits and chilli festivals.

I have been supporting a project for the creation of an Italian Cardiological Diagnostic Center in China and I hope to launch it in the near future. Healthcare is also one of the hottest topics in southwest China and Italy would have so many resources to share.

A beautiful thing and one that you do not like about Chongqing.

The most beautiful thing about Chongqing is its people together with the local (and spicy) hot-pot culture. It might take time and efforts to get used to it but long-term it might be very rewarding in terms of people-to-people relations and career paths.

33 million people population might seem too much for someone coming from a 33.000 people City. I like to pretend to be in a living environment surrounded by mountains, rivers and blue sky (this might apply for Chongqing’s suburbs).

I guess we would all have to deal with compromises sooner or later.

Please share:
Tags: italians in Chongqing
← Some thoughts on the lack of reciprocity issue in Sino-EU relations
Electric Bus can be the stepping-stone for Chinese Auto Brand to Enter into European and American Markets →