Browse: Home   /   The Cableway in Chongqing – The Airbus connecting the past and the present 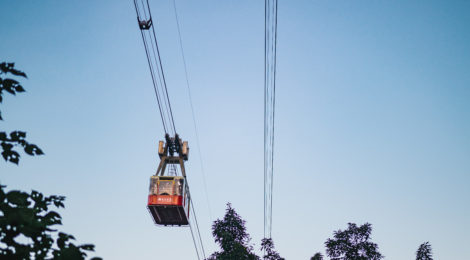 The development of Chongqing – a city with mountainous topography and close to rivers – has always been constrained by the terrain, but its people have never succumbed to the nature anyway.

Besides the rail transit line no. 2 built in the 21st century, the Yangtze River Cableway frequently appeared in the film and television works was another smart solution that the Chongqing people came up with in the 20th century to establish the 3D traffic network system. In this issue of Chongqing Stories, let’s explore the Yangtze River Cableway——a business card of the city.

In people’s impression, ropeways usually appear in the scenic areas, acting as shortcuts to the top of a mountain, but the cableway showed up in the movies such as “Zhou Yu’s Train” (2002), “Crazy Stone” (2006) and “Chongqing Hotpot” (2016) shuttles between two banks of the Yangtze river, connecting the Yuzhong peninsula and Nanan Distract. Therefore the Yangtze River Cableway is known as “the first air corridor along Yangtze river“. 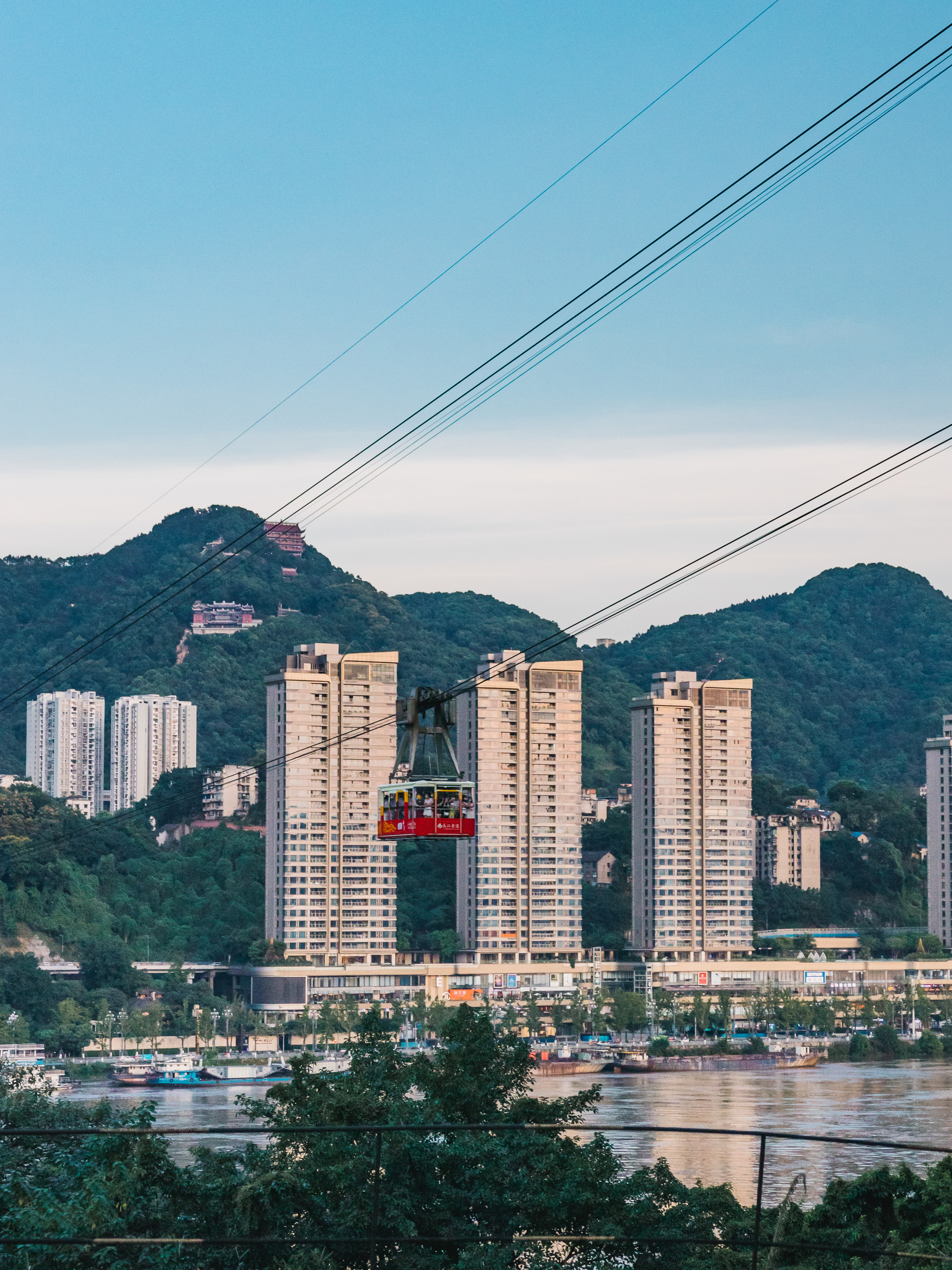 But the title of “China’s first urban cross-river passenger ropeway” belongs to the Jialing River Cableway. In the early 1980s, the staff of Chongqing Committee of Science and Technology learned that Panzhihua, Sichuan province, was planning to build a cross-river ropeway in the urban area, drawing on the experience of foreign countries in the construction of tourist ropeways. It had introduced cableway production technology and engineering equipment, but it was difficult to advance the project due to lack of funds, and it intended to transfer the whole set of equipment. The Chongqing Committee of Science and Technology passed this information on to the then Chongqing Municipal Public Utilities Bureau, and the two departments rushed to Panzhihua for investigation and submitted an urgent report to the Chongqing Municipal Party Committee and the government, hoping to introduce the project to Chongqing.

Soon, the project won the approval of the authority, and a working group headed by Wang Xiufeng, the then vice mayor of Chongqing, was set up. Experts from all aspects were invited to work intensively on the project. At first, experts planned to build a cableway on the Yangtze River, but it was too long to find a suitable place to build the cableway station. Considering that there are more than twenty thousand passengers aboard a ferry travelling between Jiangbeicheng and Chaotianmen back and forth on a daily basis, the traffic demand was quite considerable, and the Jialing River is narrow, which makes the difficulty of building a cableway relatively small, so the decision was made to construct a cableway crossing Jiangling River with two stations built in Jinsha street, Jiangbeicheng and Cangbai road in Linjiangmen. The work began on December 15, 1980. 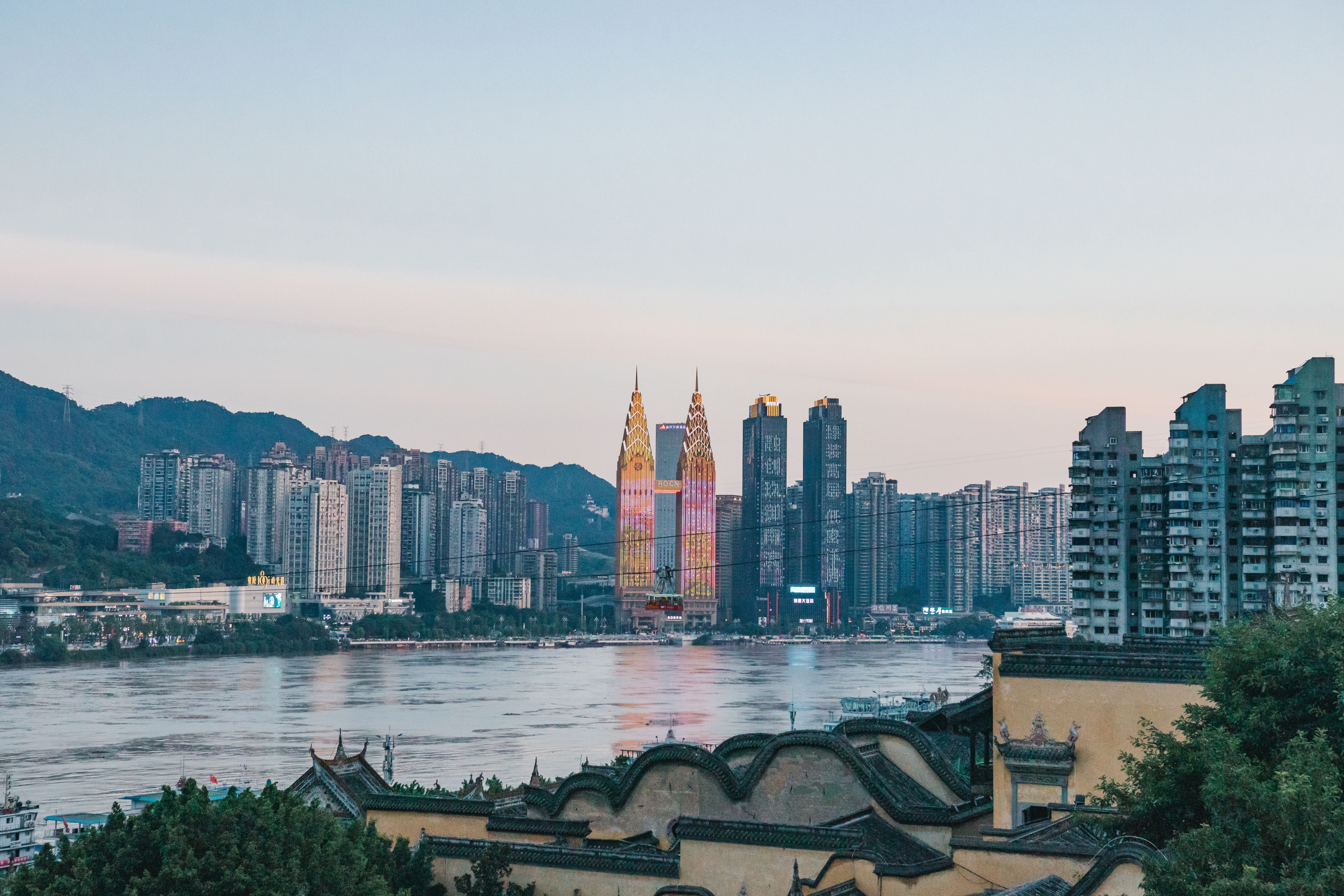 On January 1, 1982, the Jialing River Cableway with a total length of 740 meters, a carrying capacity of 46 passengers and the maximum traction speed of 6.5 m/s was finished and open to traffic. It only took two and half minutes to cross the Jialing River, eliminating the time passing Niujiaotuo Jialing River Bridge, and unlike the ferry, a cableway has its unique advantage as it won’t be affected by flood seasons and the fog days.

With the experience in the construction of the Jialing River Cableway, the Chongqing people finally completed the Yangtze River Cableway in 1987, which was the first large-scale cross-river passenger ropeway independently designed and manufactured in China. With a length of 1,166 meters and a one-way journey of about 4 minutes, the ropeway can carry up to 80 people on a single trip. It is the largest single-carriage cable car in Asia. Since then, the air traffic system composed of Jialing River and Yangtze River Cableways has served as a supplement to surface ferry and land transportation, connecting Chongqing from south to north and becoming an indispensable means of transportation for Chongqing people. 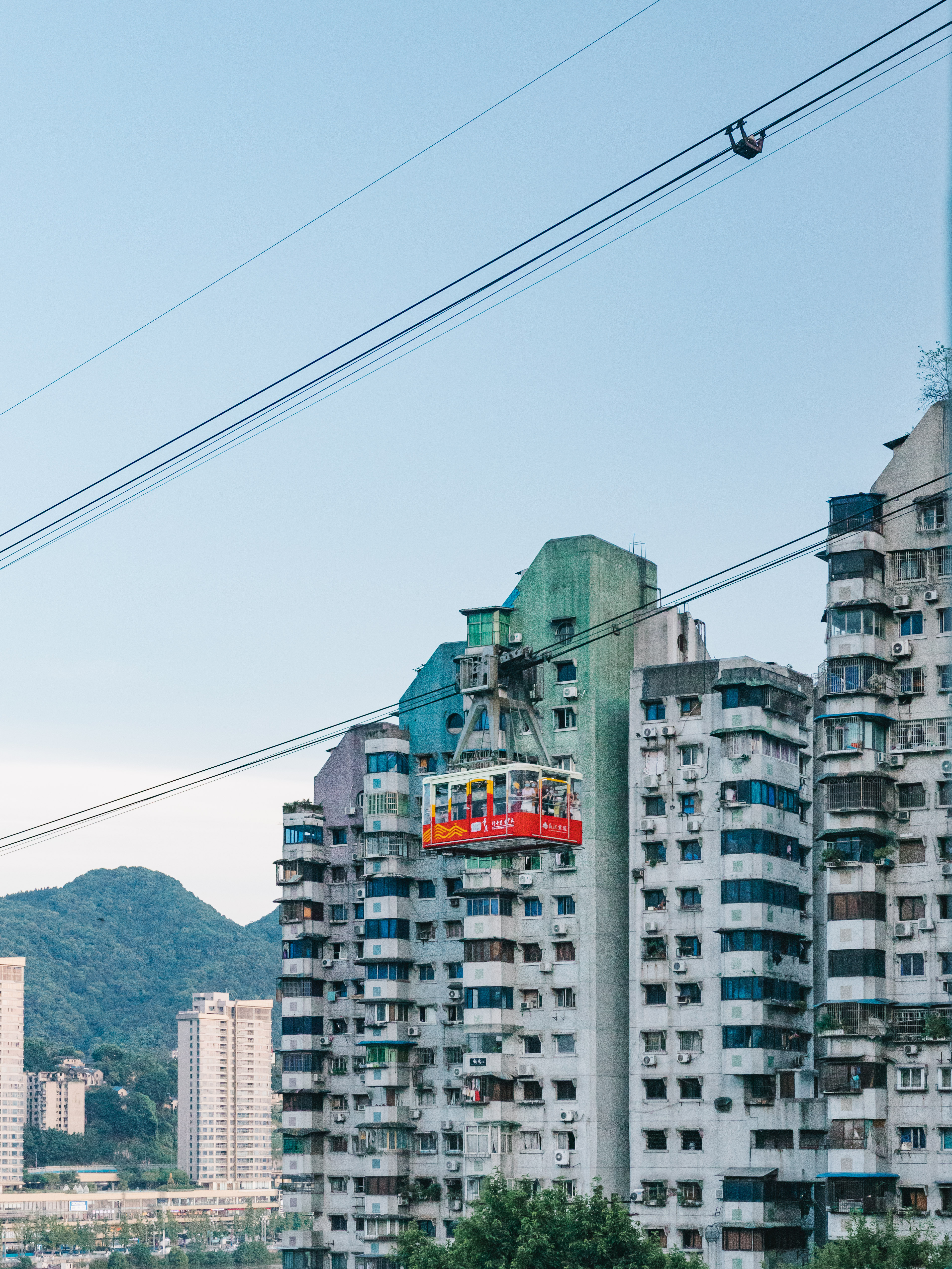 The fates of the two ropeways are very different with the development of Chongqing.

At the same time, the Yangtze River Cableway, with its fame for showing up in a number of film and television works, was built into a AAAA level scenic spot by the Chongqing tourism department. With that being the case, the ticket became more expensive, from two yuan to 20 yuan for a single trip and 30 yuan for a returning trip, but that could not stop the passion of the visitors to take the cableway. Standing in the shuttle between the high-rise residential buildings and appreciating the beautiful night sceneries of Dongshuimen Bridge and the Nanbin Road, what an experience! Since August 1, the operation time of the Cableway has been extended from 7:30 to 22:30, making it easier for tourists to enjoy the night view of the mountain city by taking the ropeway at night.

Whether the Jialing River Ropeway will be rebuilt in the future remains to be determined. The recurring cableway on both sides of the Yangtze River not only facilitates the daily travel of commuters and provides a unique experience for tourists, but also witnessed the development and changes of Chongqing.