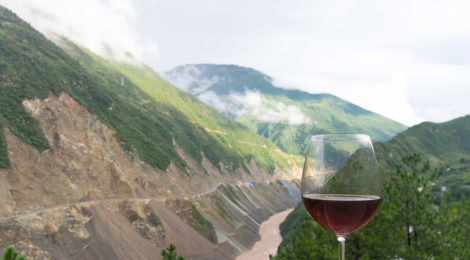 According to some archaeological evidence, it is said that China has produced wine for thousands of years: use of wild grapes in production of alcoholic beverages has been attested at the Jiahu archaeological site (c.7000 BC).  Thanks to a wide variety of grapes available and a huge territory that is the fourth in the world by extension (only after Russia, Canada and the United States), China represent a perfect place for wine.

New irrigation techniques and a particular type of grape, called “vitis vinifera”, in fact, seems to have been brought by the Greeks to today’s Xinjiang region already in the fourth century BC, together with European wine production methods. In particular, the prefecture of Turfan (吐鲁番市) located along the ancient Silk Road, is mentioned by Marco Polo for its production of a “fine grape wine”. 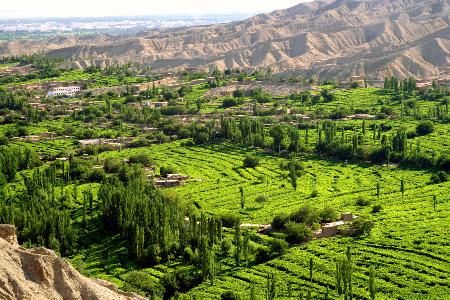 Wealthy Chinese, international companies, but also wine startups, professionals, experts and sommeliers have favored an ever greater diffusion of wine in China in the last few decades. The production and consumption of wine has increased dramatically, thanks also to the growth in demand and spending capacity of the Chinese middle class, particularly in the first and second tier major urban centers. With this new series of our “Galileo Observer” column, we intend to take you to the lesser known regions of Chinese wine.

Let’s start in this issue with the magic land of Yunnan, a surprising place that never ceases to amaze visitors and China lovers. 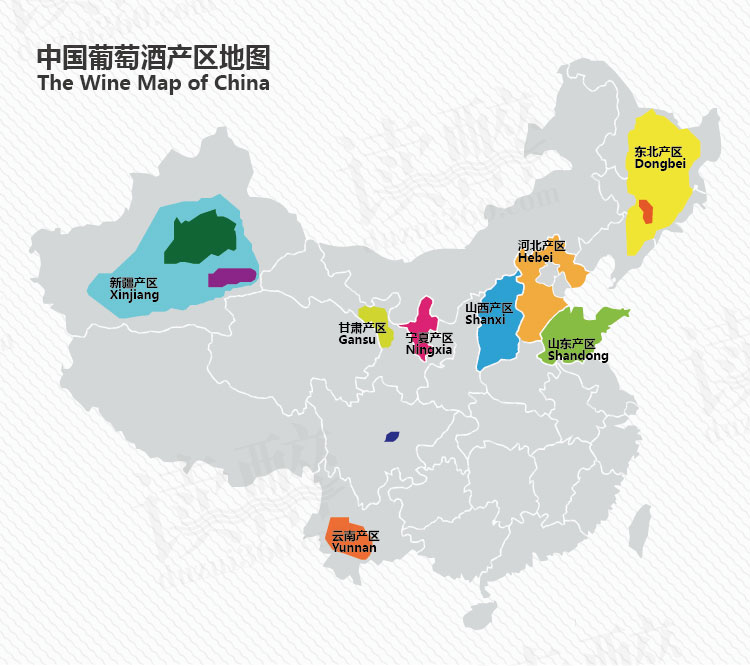 Western China and its wonders are perhaps still little known in Italy and Europe. In recent years, there have been several opportunities for this part of China to gain the attention of the “old continent”, but these are mostly temporary passions, which disappear in the medium and long term. The “New West” deserves for sure more than a temporary passion, both from an economic point of view, as well as in relation to tourism, business, cultural and linguistic cooperation opportunities.

When it comes to wine, especially in China, there are normally three regions global exporters and producers take into consideration: that of Shandong, Ningxia, and Shanxi. But the West can also play a future significant role. There are two areas of Western China where it is possible to find wine producers: those of Yunnan and Sichuan. In this article of the Wine series we are going to introduce the first one.

Yunnan is a marvellous land, and represents a true eldorado of flavors, traditions, tourist places. As we saw in a previous issue of the Observer, this Province is recently becoming nationally and internationally renowned for the production of its coffee, thanks also to the role played by Starbucks in commercialising coffee from its regional plantations. Wine is another skyrocketing business. Although Yunnan is still far from reaching the prestige and quality of other “classic” Chinese wine regions, it is committed to produce and attract the attention of foreign wine producers in the next few years.

As in the case of coffee, the particular geographical position of the province and its temperature make it possible to obtain very interesting results in terms of wine production. In particular, several experts and international sites compare the climate of Yunnan to that of Bordeaux, favoring the production of types such as that of cabernet franc, merlot, and the different varieties of cabernet sauvignon.

When it comes to key places for the production of wine in the area, one place is certainly that of the Tibetan Autonomous Prefecture of Diqing ( 迪庆藏族自治州, also called Deqin), located in the northern part of Yunnan. According to some experts, Diqing may be definitive the “Asian response” to Bordeaux, despite the fact that its vineyards are located more than 2000 meters high. Since the early 21st century its market has been dominated by the producers of “ice wine” Shangri-la and Sun Spirit, although in recent years Moet Hennessy (LVMH, French luxury multinational) and Cape Mentelle Vineyards (Western Australian company) have invested in the region. Diqing is south to the amazing location of Shangri-la, which was described, according to “Wineinchina” website, as “a mystical Himalayan paradise in James Hilton’s 1933 novel, Lost Horizon”. 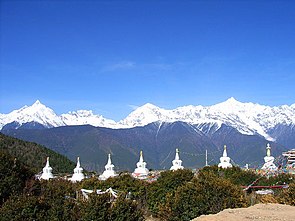 The peaks of the “Meili Xueshan” in Yunnan

In the prefecture, which includes the upper Mekong (known in China as the Lancang, 澜沧江) and the Yangtze river, wine lovers can find the village of Cizhong, where it is said that in 1910 the French Jesuit missionaries brought wine, in particular of the variety “Rose honey”, brought to Yunnan from France in the mid-1800s for the purpose of making altar wine and now extinct in Europe. Despite the fact that the last missionaries have left the city some  decades ago, the ancient methods of making wine are still used in Cizhong.

As regards to LVMH group in particular, Moet Hennessy in partnership with the Chinese liquor producer VATS, launched the Moet Hennessy Shangri-la (Deqin) Winery Company and created its own brand in 2012, called Ao Yun. The first wine year of Ao Yun launched and sold on national and international markets was that of 2013. Wine terraces of Ao Yun are mainly located in four villages: Adong, Xidang, Sinong and Shuori respectively, for an total area of around 30 hectares. The landscape in which the cultivation of wine takes place is breathtaking: in fact, they are located at the foot of the sacred mountain range Meili Xueshan (梅里 雪山). Other main wine companies in Yunnan are: Yunnan Red Wine Company, Shangri-la Winery Company, The Spirit of Highland Winery, Baima Winery , Kangdinghong Winery and Passun 1982.

Sino Italian excursus: wine as a bridge between Italy and China 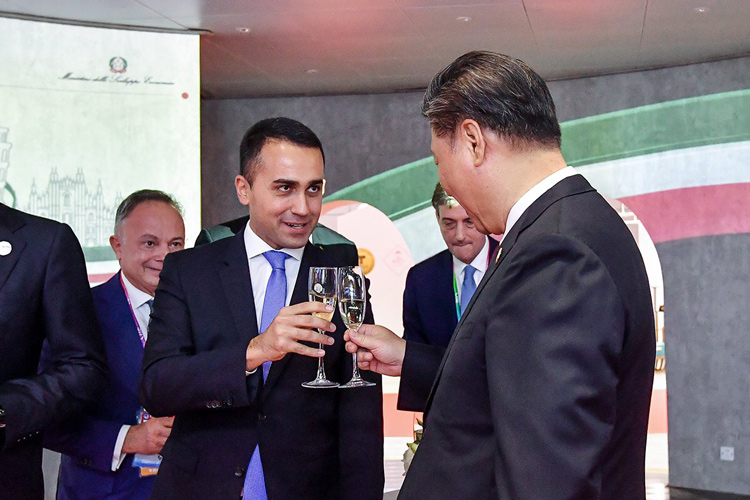 Wine can create a bridge between Italy and China. It certainly was during the visit of Italian Foreign Minister Luigi Di Maio to the China International Import Expo in Shanghai last year, when he and Chinese President Xi Jinping made a toast with prosecco wine to Italian friendship and future successes. And as far as I can tell from my humble and limited experience of two years living in Chongqing, a lot of wine flows in Western China. In recent years, companies that deal with the import of European wine into China have increased in an interesting way, and not a day goes by in Chongqing without the organisation of a new event of “wine tasting” of European wine, or of the “new World wine (represented by producers from countries such as New Zealand, South Africa, Chile or Australia).

The wonderful landscape of Langhe Roero and Monferrato, Italy

If we look specifically at Yunnan, in the context of culture and tourism then, Yunnan has a special relationship with Italy, thanks to the recent agreement (March 2019) with which a twinning agreement signed between the Association for the Heritage of the Wine Landscapes of Langhe-Roero and Monferrato and the Management Committee for the Heritage of the “Rice Terraces of Honghe Hani” of Yunnan.

Stay tuned to explore Western China wine region and its surprising new wines and places with us.