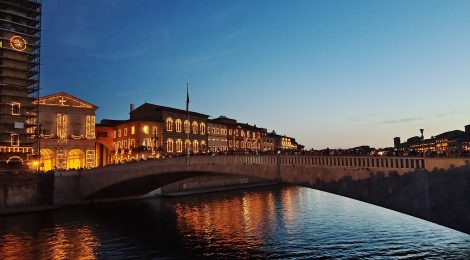 In this post we bring you the story of Miss 姚梦迪 (Yao Mengdi) a volunteer from Chongqing University that is working now in Pisa at the Confucius Institute. She experienced for the first time the “San Ranieri Festival” last June. Here are her considerations about that amazing night and her original pics. Enjoy it! 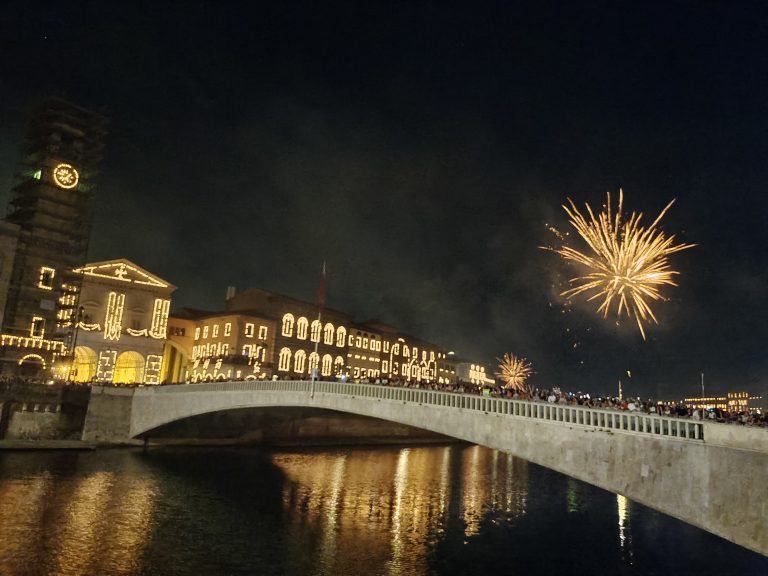 Pisa held a magnificent firework show to celebrate Luminara di San Ranieri, a city festival to memories the patron saint — Ranieri degli Scaccieri. It had been canceled in 2020 and 2021 due to the Covid-19, so you can imagine it must be a crazy night this year.

When I arrived the bank of Arno near sunset – although I realized it early – I was totally shocked by the image: people jostled each other from Piazza Garibaldi to Piazza XX Settembre, food trucks were full of both sides of the bank, and the whole city center was in the hustle and bustle. It was definitely the greatest activity in Pisa since I arrived here seven months ago. 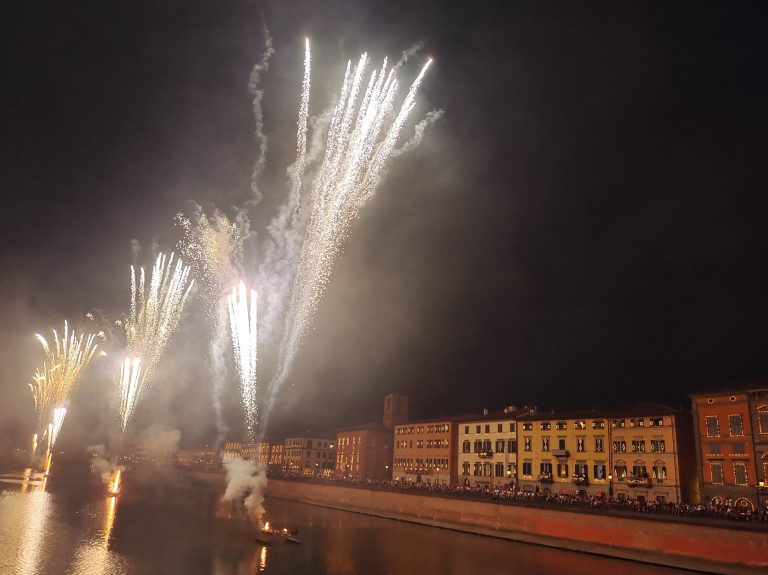 Me and my friend May walked through the crowd, trying to take some photos on Ponte di Mezzo (the middle bridge). But we were just too short to get a higher position. A gentle man kindly “lent” his position to us, so we said “grazie” to him, very naturally.  His friends laughed, he said “you’re welcome”, and then we just realized he is not a local but a foreigner (later we knew he came from German). Gradually, we found lots of other foreigners enjoying their time here. Therefore, you can see it’s not only a famous festival in Pisa, but also around the whole Europe. 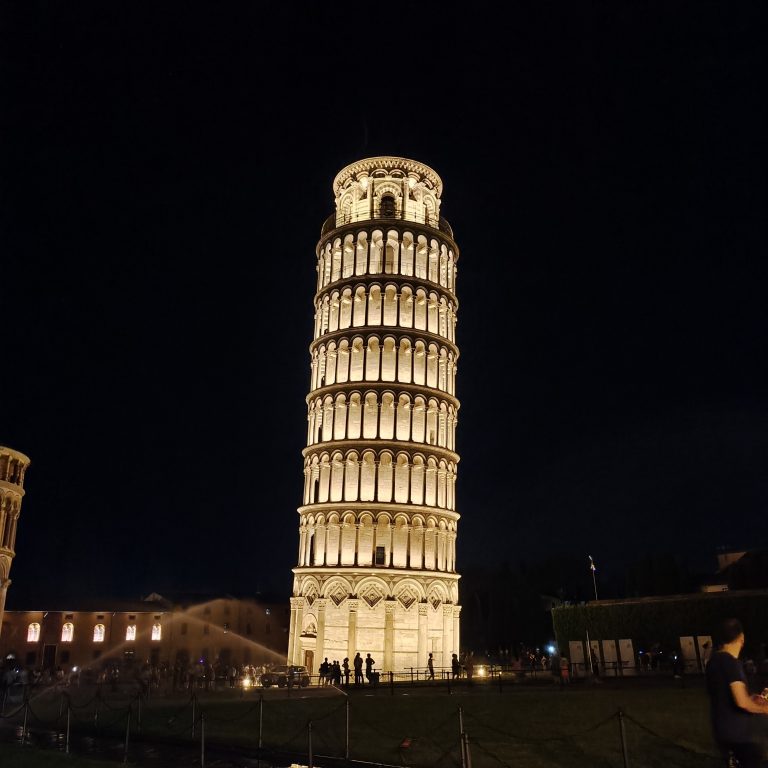 As the Sun slowly went down near 9 pm as predicated, candles of light orange on buildings shined brighter and brighter. Some unique shapes uncovered themselves, among which three fishes on the top of Palazzo Blu (Blue Palace) must be my favorite. These round and curve lines were much more eye-catching than other straight ones. Taking a leisure walk from one end of the left-bank to the other, feeling the cool breeze coming from the Arno, I indulged myself in such a beautiful scenery and it seemed like I caught the most romantic moment in my life. 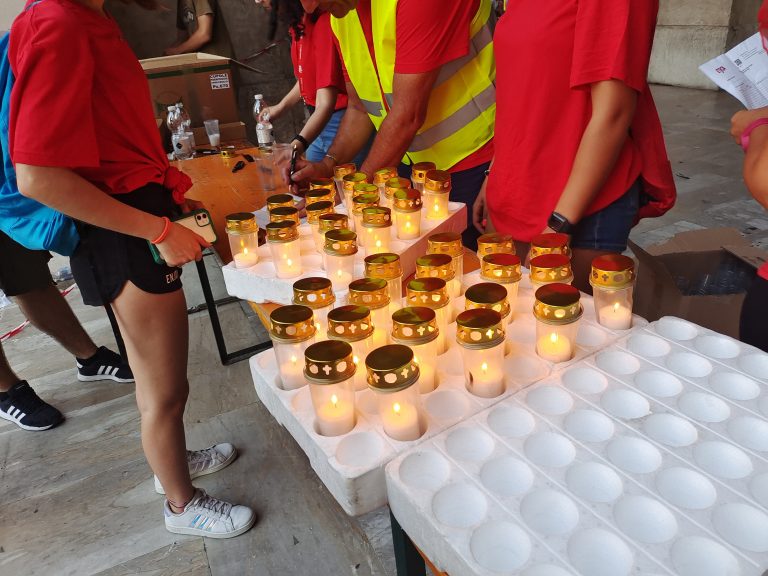 Near 11 pm, people started to stirring the pitch-dark night. Firework show was coming, the most exciting activity! I stayed put and held my breath. Suddenly, after a loud BANG attacked my ears, several colorful fireworks were blasted in the sky from the river. More and more fireworks vied to show themselves even before I realized the show had begun. The fire-flowers blooming, the crowd screaming, the river “burning” in different colors, Pisa tonight was totally crazy.

The show lasted for half an hour. At the end of the show, people shouted “Pisa! Pisa! Pisa!” and sang for this city, louder than thunder. I once learnt a Latin word “pieta”, which can refer to one’s duty and deep love to his/her city in ancient Roma. I didn’t truly understand this feeling until that moment. One can really attached self to the honor and dignity of his/her city. Even though I am not a “Pisana”, I was also deeply touched and amazed.  If you ask me how I feel, I’d like to say, without any doubt, “Yes, I feel wonderful tonight”. 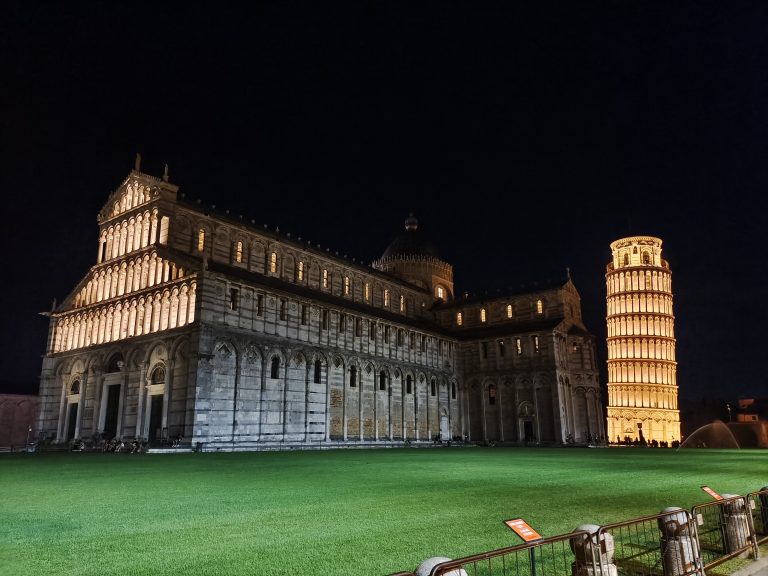 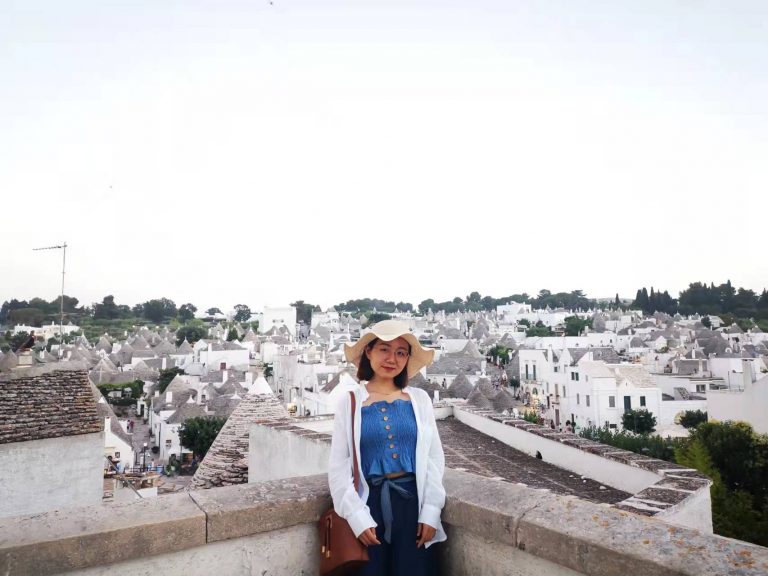