Last year, an article appeared on our weekly newsletter called “2018 is EU-China Tourism Year: a great opportunity to promote growth and mutual understanding” discussed the importance of the EU-China Tourism Year.  The “2018 Wudadao International Photography Biennale” held in Tianjin during the Dragon Boat Festival holiday is a perfect example for the promotion of the EU-China tourism and cultural exchanges. Besides the European Travel Commission’s involvement in the preparation of the event, countries including Belgium, Iceland, Poland, Denmark, Germany, Croatia, Latvia, Norway, Portugal and Switzerland also showed their support by providing one-hundred paintings of European natural sceneries to attract more Chinese tourists to Europe.

Last month, China Tourism Academy, Ctrip “Tourism Big Data Joint Laboratory” and Huayuan International Travel co. LTD jointly released the “Report on China’s Tourism Trends to Europe in 2018,” a comprehensive research and analysis about the European tourist market size, its growth trends, departure cities, popularity of destination countries, consumers’ behaviour and preferences during the first quarter of 2018. According to this report, over six million Chinese tourists visited Europe in the first quarter of 2018. Based on the changes in air transport capacity and tourist market, the number of Chinese tourists to Europe is expected to grow significantly this year.

During the Chinese New Year 2018, although Southeast Asia with warm weather was still the top choice for Chinese tourists, Europe proved to be the second most popular destination. With 9% of the total Chinese tourists visiting the Old Continent, it was registered a 35% increase compared to the same period last year. Among them, six European traditional tourist countries (Italy, Spain, Greece, Switzerland, Britain and France) are still the most favoured destinations. In addition to those countries, Poland, Belgium, Iceland, Sweden and Portugal, are gradually being discovered by Chinese tourists, turning out to be the destinations with most rapid growth of tourists.

Secondly, China has launched a number of direct flights to European cities this year, which greatly satisfy the travel needs of tourists. For example, Chengdu as the economic centre in southwest China, became the fourth city in the country and the only one in Central and Western China that had a traffic flow of more than 5 million passengers till the end of 2017. After years of development, Chengdu has a number of direct flights to European cities, such as Amsterdam, Frankfurt, Paris, Madrid and so on. Based on this, local government plans to open 6 new routes in 2018: London, St. Petersburg, Cairo, Copenhagen, Tel Aviv and Helsinki. The route from Chengdu to Helsinki, operated by Lucky Airlines, highlighted the strong demand for Nordic travel by visitors from the Midwest region of China. As early as 2012, Finnair chose to open a direct flight between Helsinki and Chongqing, the youngest of the four Chinese Municipalities. Although the route was suspended for 4 months last year, it was fully upgraded and reopened in May 2017.

Another important factor that attracts Chinese tourists is the increasing number of European cities, airports, hotels, restaurants, museums and galleries starting to provide services in Chinese.  Language is one of the obstacles that hold Chinese tourists back from visiting other countries. For this reason, China Tourism Academy launched a “Welcome Chinese Certification” project in 2004. “Welcome Chinese Certification” is a service system customized for Chinese tourists, with the aim of offering more considerate and convenient services. On the”2018 Beijing international tourism EXPO” last month, Eduardo Santander, Executive Director of European Travel Commission, and Shen Xiaoya, CEO of the Welcome Chinese Certification project, announced major changes to welcome Chinese tourists to Europe. In order to provide Chinese tourists with higher-quality and more convenient service, Chinese companies such as UnionPay International, Ctrip, Tuniu, Tencent, travel review website Qyer.com, Fliggy and Tongcheng had become official partners of the “2018 EU-China Tourism Year.” Thanks to the support provided by the aforementioned companies, Chinese tourists since now on will enjoy services such tour guides, public signs, menus in Chinese, as well as access to W-FI, UnionPay and WeChat Pay. All these will surely improve the satisfaction of solo tourists. 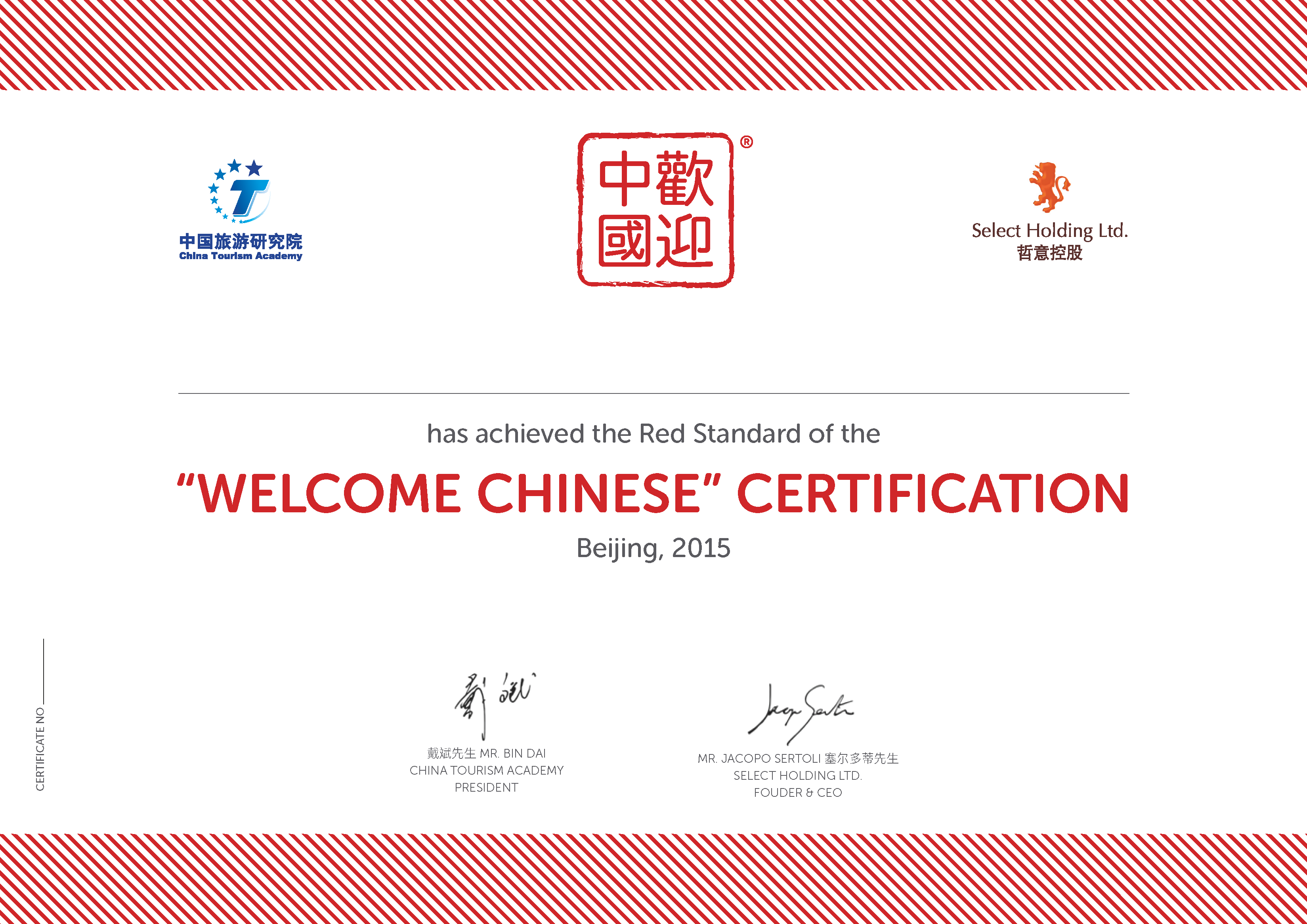 For all factors mentioned above, we have every reason to believe that after the successful “2016 China America Tourism Year” and “2017 China Australia Tourism Year”, thanks to the “2018 EU-China Tourism Year”, more and more Chinese tourists will choose European countries as their destinations.