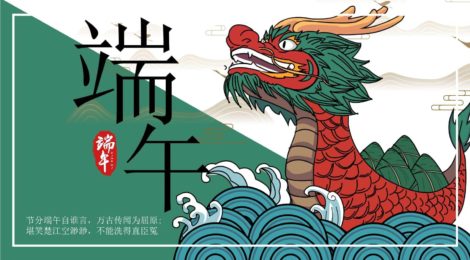 Hello, dear readers. On last week’s Dragon Boat Festival, did you make Zongzi (粽子，zòng zī，traditional Chinese rice pudding) yourself? Among Zongzi with sweet fillings, nothing else but white rice, and meat, which one do you prefer? Due to the cultural differences, there are often “salty and sweet disputes” between the north and the south. As for Zongzi, there is a “sweet in the north and meat in and south” convention which means people in the north prefer sweet Zongzi and in the south salty Zongzi stuffed with meat.

According to the data of Tmall this year, Chongqing people likes Zongzi stuffed with salted egg yolk and fresh meat more than white and sweet Zongzi represented by Zongzi filled with red bean paste.

Some flavors of Zongzi

Together with Spring Festival, Tomb-sweeping Festival and Mid-Autumn Festival, Dragon-boat Festival is one of the four most important traditional festivals in China deserving grand celebrations. Eating Zongzi is only part of the Dragon-boat Festival custom. Besides, dragon boat racing, hanging wormwood and calamus on the house and tying sachet to the clothes are shared customs among the whole country.

What is worth mentioning in particular is the dragon boat race, which is the representative activity on this day. Dragon boat racing, at first was the way of ancestors in Wuyue region (note 1) to show their worship of dragon, the totern. They carved ox-head and antler on the prow of the canoe, fish scale on the body of and lion tale at the end, imitating the appearance of a dragon crossing the water. The person who stands at the prow beat the drum very quickly to excite the rest of the crew paddling vigorously. The team who first reaches the finishing line wins the game. The main reason for this custom is that the water system in this area is developed. Boat is not only a means of transportation for people’s daily travel, but also a means of production — fishing and transporting goods. With the passage of time, the cultures of Wuyue region and the central Plains (note 2) converged, and the custom of dragon-boat race also spread to the upper and middle reaches of the Yangtze River and northern China, gradually becoming a traditional festival of the Han nationality.

This year, dragon boat race had been canceled in many places due to the outbreak of the new coronal virus (COVID – 19). In some places, the form of the race was innovated to “dragon boat race on the ground”——participants stand astride the inflatable boat, using their feet as paddles and running towards the finish line. For some other places like Dianjiang County where the pandemic was well under control, the first “Longxi River Dragon Boat Race” was held. So, are you curious that how do old Chongqing people celebrate this festival?

The first Dragon Boat Race on the Longxi River of Dianjiang

Chongqing people live along the river and with hills on the back. The dragon boat race here every year used to be prepared by different boat groups and people working on the wharf. Participants also include working group from restaurants, money houses, salt-business and paper industry. Powerful gangs choose to join the game independently. Others without enough people would join by combination. Raising a banner representing themselves, spending heavily to build a dragon boat, buying unified clothing for players, all teams treated the race seriously. When the day comes, all would gather at Linjiangmen on Jialing River and the whole city would be their audience. How lively and enjoyable!

The Jialing River section of Linjiangmen in the 1940s

During the War of Resistance against Japanese aggression, people from near and far not only held dragon boat races, but also wrapped various kinds of Zongzi in different shapes according to the tastes and traditions in their hometown. The activities on the Dragon Boat Festival carried cultural traditions, and at the same time stand for an important means of bringing people together and raise morale. Those are rare moment of joy for the people in the difficult years.

On the fifth day of the fifth lunar month, after you ate Zongzi and watched the dragon boat races, summer has officially arrived in Chongqing. I look forward to exploring Chongqing with all of you in the following Chongqing Stories. Please stay tuned. Thank you.

Note1: Wuyue region: A synonym for China’s geographical region, it is now the general name of southern Jiangsu, Shanghai, Zhejiang, southern Anhui, and northeast Jiangxi province. During the Spring and Autumn Period from 770 BC to 476 BC, two countries, Wu and Yue, were established here

Note 2: Central Plains: The concept of China’s geographical regions refers to the middle and lower reaches of the Yellow River with Luoyang to Kaifeng as the center, and its narrow sense refers to the present Henan Province.

Please share:
← GGII SEMINARS – Chinese Science Fiction Last Chapter
On the Streets of CQ – Gaokao is in the air! →