Browse: Home   /   EU-China competition problem on the agenda at next European Commission meeting 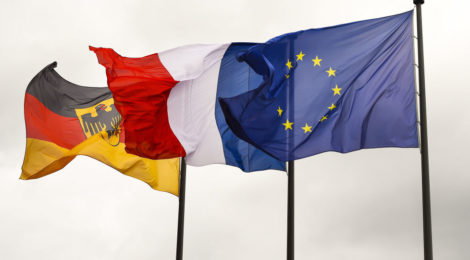 Germany and France are expected to promote a new common strategy that may include changes to the EU’s industrial policy vis-à-vis China during the next month’s meeting of the European Commission. Although no details have been released, China is on the agenda of the March 21 meeting, following the requests from business leaders to help European industries to protect themselves against greater competition from Chinese counterparts. Clemence Beaune, to French President Emmanuel Macron, said it was crucial that EU leaders take advantage of the meeting to plan a common strategy on China. Interviewed by leading German financial newspaper Handelsblatt, he said that “five years ago, the member states were still divided and naïve in relation to China, now the time of naivety is over.”

The French and German governments have become more concerned about the strength of European firms against Chinese competition, particularly after the commission blocked a merger between the rail assets of France’s Alstom and Germany’s Siemens in early February. Germany and France supported the deal, saying it would help secure the competitiveness of the European rail industry. However, European Competition Commissioner Margrethe Vestager has said Europe cannot build industrial champion by undermining competition. The deal would have created the world’s second largest rail company, although it would have been half the size of CRRC, China’s state-owned railway, as this graphic shows. The EU competition law aims to maintain downward pressure on prices in the European market by discouraging the creation of industrial giants and, according to the EU commission, China did not present a competitive risk in high speed trains. Bruno Le Maire, French finance minister, said that stopping the deal had been a “political mistake” by the commission, and that it would “serve China’s economic and industrial interests.” In the last few years there have been growing demands from business communities for more support from governments to help boost competitiveness.

Last month German business lobby BDI published a list of 54 demands for a tougher EU strategy on China, addressed to the German government and the European commission. Frans-Paul van der Putten, a senior research fellow at the Netherlands Institute of International Relations, said any new industrial strategy that emerged from March 21 meeting was likely to reflect demands raised by the French and German business communities, and would be directed primarily at China. He said that “we have entered a totally new phase now, where it’s not driven by the European Commission but by those two bigger states, Germany and France.” He also added that the influence of the two countries on the EU’s China policy had become “stronger and stronger” in the past two years, including in its new investment screening mechanisms, seen by the majority as a way to counter China’s influence in Europe. Any new industrial policy is likely to be seen as a sign that Europe’s position is becoming less favorable towards Beijing. “China has been trying to convince Europe that China and Europe should stick together with what Trump is doing to the international economic system. This new policy will be quite worrying from the Chinese point of view,” van der Putten said.

According to Jan Weidenfeld, head of the European China Policy Unit at the Mercator Institute for China Studies, the shift in Europe’s view of China in recent years was due to a fundamental non-convergence between the two. “Recent trends are a bit of a departure from the past. The question for Europe has changed from how we can get China on board to how can we increase our resilience, and do better economic policy, in light of this massive challenge?”

Cui Hongjian, a senior researcher fellow with the China Institute of International Studies in Beijing, said big European countries like Germany and France had been pushing hard over the past couples of years for a common position on China, due to a fear that its influence with particular European countries would make it impossible for them to take a common stance. “Of course, China supports a strong EU and greater unification, but China will only be concerned with the direction of this unification – it could go in many different directions,” Cui said.