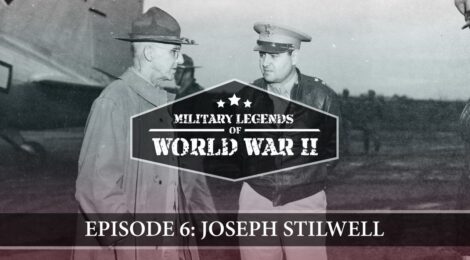 In the last issue of our Chongqing Stories, we learned about some of General Stilwell’s growing-up experiences. This week, let’s look at his last visit to China for work.

On December 8, 1941, the U.S officially declared war on Japan. On December 31, President Roosevelt called Chiang Kai-shek to discuss an allied war zone in China and got a positive reply. After that, Stilwell, who had been to China three times and knew the country very well, was officially appointed chief of staff of the Allied Forces in the China war zone and commander of the US forces in the China-Burma-India Theatre on January 29, 1942. Early in February, the US Congress approved a huge $500million loan to China.

On March 6, 1942, Stilwell paid a formal visit to Chiang Kai-shek in Chongqing, declared his mission and authority in China, and talked about the initial idea of going to the front in Burma to ensure that allied aid could reach China. After the outbreak of the full-scale Anti-Japanese War in 1937, Japanese troops blockaded China’s coast areas, so the Burma Road from Mandalay, Myanmar, to Kunming, Yunnan, became the only supply route for aid into China. In March 1942, due to Japan’s occupation of Burma, Burma Road was cut off; therefore, to restore supplies as soon as possible became an imperative. Although Stilwell and Chennault (note 1) disputed the mode of transport — by land or by air — Chiang’s government decided that it was necessary to build a strategic road for international military use, and decided to build the Road starting from Ledo, India. Stilwell’s task was to repel the Japanese in Burma and ensure that the road would be built as planned.

On March 11, Stilwell flew to Lashio, Burma. In May, as was defeated, the Chinese expeditionary force had to abandon Myanmar and retreat to India, suffering heavy casualties in the mountains and forests on its way back. In early June, Stilwell flew back to Chongqing to meet with Chiang. While praising the Chinese soldiers, Stilwell expressed his dissatisfaction with some of the officers who had lost Burma in large part because they were passive and did not obey his orders, and made three proposals to Chiang, including reorganising the army. Chiang did not take his advice, as far as he considered, accepting an American as chief of staff in the Chinese theatre didn’t mean to let him take total command of the Chinese army, but merely to seek military assistance from the United States.

At the end of June, Chiang agreed to Stilwell’s plan to train Chinese troops in India, but accused Stilwell of failing to deliver the promised aid to China as scheduled, and asked the United States to replace this person in charge. The US government did not agree with Chiang and still allowed Stilwell to control and distribute military-aid materials from the US to China. The Chiang government was also not happy with the distribution of those supplies to China, as Stilwell delivered some of the materials to the Workers’ and Peasants’ Red Army organised by the Communists. This happened for a reason. Back in 1937 when worked as the military officer in Hankou, Stilwell met some Chinese communists represented by Zhou Enlai and Ye Jianying, the chief of staff of the Eighth Route Army. They made a great impression on him, and he also witnessed their unswerving determination for fighting against the war of resistance. As a result, Stilwell thought all anti-Japanese forces should be given aids. However, the Kuomintang government clearly didn’t agree to it.

In early August, Stilwell took command of the Chinese Army in India and started training them in person. He organised the training of 32,000 Chinese soldiers in India in an orderly manner and the training was so effective that a second training center for the Chinese Expeditionary Force in Kunming, Yunnan province, was set up in the following April. At the same time, the “Flying Tigers” led by Chennault——the Volunteer Air Force of the United States to China, were carrying more and more supplies on the “Hump Routes”(note 2), proving the possibility of winning battlefield victory by seizing air superiority. In addition to that, the Chiang government repeatedly conveyed to Roosevelt Chinese side’s displeasure with Stilwell and its admiration for Chennault, which made Roosevelt change his view of Stilwell himself and his strategy in the battlefield.

In the summer of 1943, leaders of the Allies made plans for the recapture of Burma, and in late February 1944, the fighting began. From February to August, a joint force of Chinese and American troops in India inflicted heavy casualties on the Japanese. But the British later broke their promise to send a naval force to the Bay of Bengal, and Chiang refused to send out a Chinese expeditionary force based in Yunnan. President Roosevelt sent a telegram asking him to send troops, but still got a “no” answer. To cope with this, Stilwell went to Chongqing to persuade Chiang, but Chiang refused to do it until the United States threatened to stop giving supplies to the expeditionary force.

In April 1944, the Japanese army launched a heavy attack from Henan. By mid-June, the Japanese army had reached Changsha, posing a threat to the American air base. To change the unfavourable situation, President Roosevelt sent Chiang a telegram on July 6 requesting that Chiang give Stilwell full command of the Chinese army, including those of the Communists, and informing Chiang that he would confer the rank of four-star General on Stilwell. Chiang replied that he “agreed in principle,” but asked the United States to send a “full representative” to China to mediate his relationship with Stilwell and set three conditions, including the right to receive and distribute aid supplies, the command of the Communist army and Stilwell’s limits of power.

On August 2, 1944, Stilwell was promoted to a rare four-star colonel in the US Army. On September 6, Stilwell flew to Chongqing with Patrick Hurley (note 3), a representative appointed by President Roosevelt. Stilwell expected to beat up the Japanese army and help China win the war after gaining military power, but this backfired and the conflict between him and Chiang intensified. After Stilwell forced Chiang to give him overall command of the army, Hurley presented Chiang with a proposal Stilwell had drawn up for fighting jointly with the Communists against Japan. Chiang immediately called President Roosevelt to ask for the recall of General Stilwell. On October 11, Hurley sent a telegram to President Roosevelt, telling him that if the United States continued to support Stilwell, it would lose Chiang Kai-shek and China. 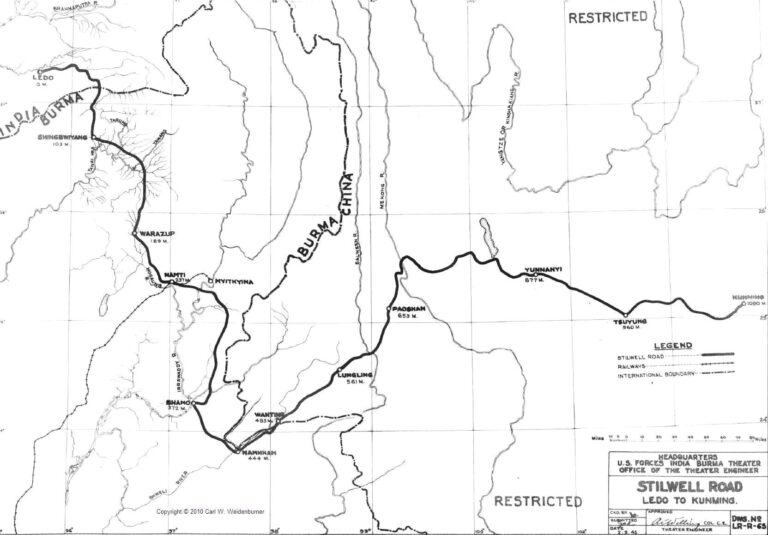 Seventy years later, on the 70th anniversary of the victory of the World Anti-Fascist War in August 2015, the Stilwell Road Museum in Tengchong, Yunnan province, which showcases the history of china-India road construction, opened, displaying more than 5,000 pieces of relevant precious cultural relics. In 1991, Chongqing municipal government established the “Stilwell Museum” in the former Residence of General Stilwell to commemorate the international friend who made outstanding contributions to China’s anti-Fascist war. The museum is located between the museum complexes of the ruins of the War of Resistance against Japanese Aggression in Liziba, and is an important place for the Chinese people to remember General Stilwell.

Note 1: Claire Lee Chennault (September 6, 1893 — July 27, 1958) was a lieutenant general and pilot in the United States Army Air Corps. On June 3, 1936, Song Meiling appointed Chennault as an advisor to the Chinese Air Force to help with its establishment.

Note 2: The Hump was the name given by Allied pilots in the Second World War to the eastern end of the Himalayan Mountains over which they flew military transport aircraft from India to China to resupply the Chinese war effort of Chiang Kai-shek and the units of the United States Army Air Forces based in China.

Note 3: Patrick Hurley (January 8, 1883 – July 30, 1963), America’s politician, diplomat, a lawyer in his early years, the secretary of the army during Hoover administration, ambassador to China in 1944 trying to mediate disputes between Kuomintang and the Communist but failed, returned to the United States in 1946.