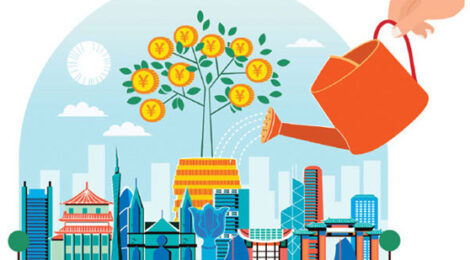 Green Chongqing – Actors, policies and strategies towards the future

ggii / 17/01/2023 / Comments Off on Green Chongqing – Actors, policies and strategies towards the future / Past edition of Galileo Weekly Observer 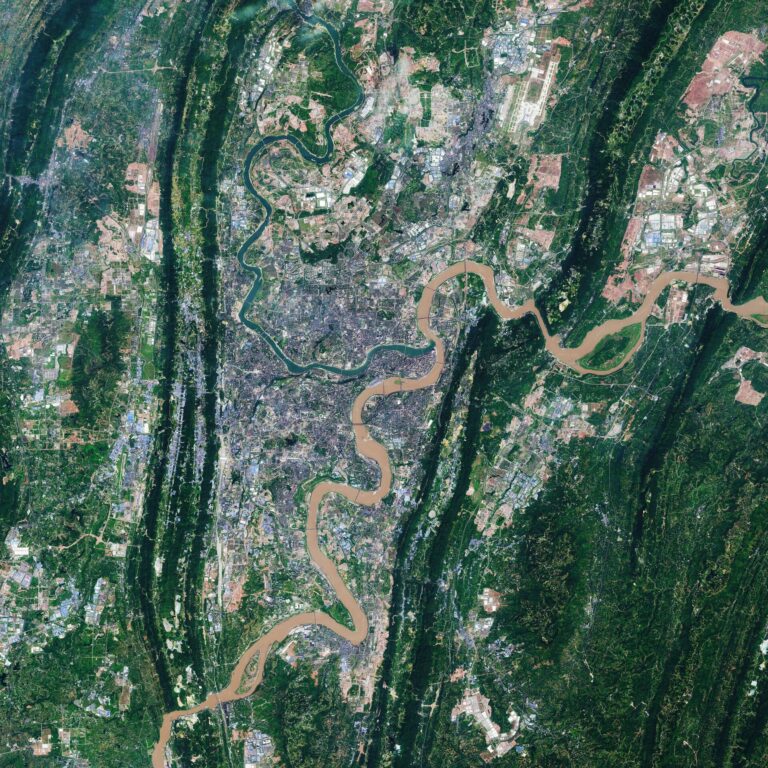 China has been on the forefront in the international race of becoming a “Green country”. PRC had done a lot regarding the climate change battle, carbon neutrality transition and biodiversity preservation. Although the official color of China is red, its leadership is investing an incredible amount of resources, both economically and at a talent level, to make a shift and changing the color of the country, turning it “green”.

From the biodiversity point of view, for example, the country and its “spring city”, Kunming, were chosen to be the headquarters of the 2022 United Nations Biodiversity Conference of the Parties to the UN Convention on Biological Diversity (CBD). The event was initially planned to be held in April 2022 but was then postponed, for a fourth time, to the third quarter of 2022, according to the UN secretariat office. The final decision was to hold the event in Montreal, Canada, in December 2022, and to keep China as the president of the Summit.

As it is difficult to have a full picture of Chinese national strategies, what our Institute has tried to do in the Galilei Observer column is to offer our audience a specific and privileged point of view from Chongqing municipality. Is Chongqing becoming a “green city”? According to many sources, the municipality is taking effective steps to follow this path, with the goal of becoming a sustainable and low-carbon city in the near future. For these reasons, our column this week analyzes the proposals, plans and listens to the local voices to see if Chongqing is moving forward also in this sector.  We are publishing the first part today, while the second and final part will follow next week. 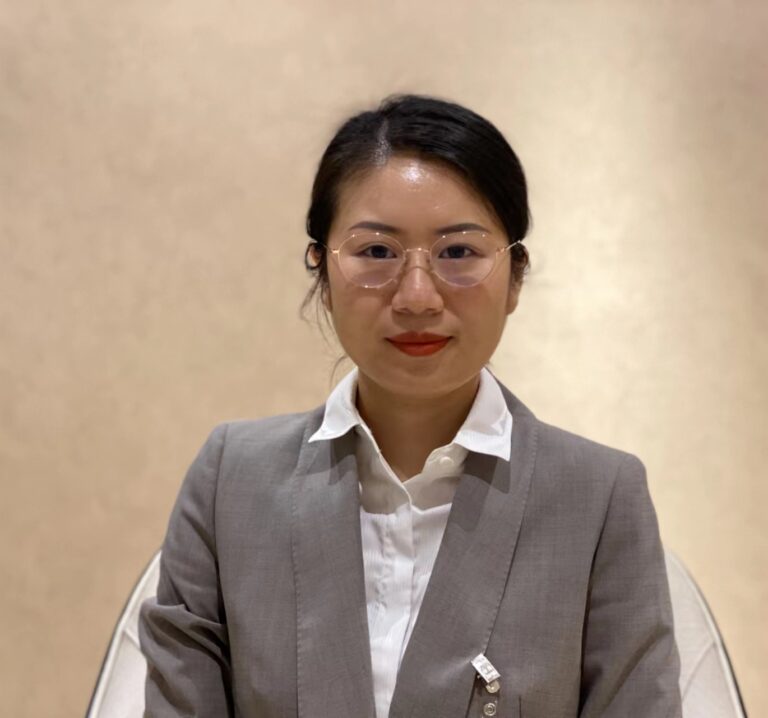 As underlined by the report “Chongqing 2035” published in 2018 by the World Bank, Chongqing is lagging behind China main cities when it comes to pollution and carbon emissions. Chongqing CO2 emissions are in fact very high: as underlined by the report,  “the city in fact emits about double the CO2 of Shanghai and Beijing to produce one unit of GDP”. The city also has urban expansion patterns that are both material and energy intensive. Finally, the urban form encourages the use of private cars, and generates more GHG emissions and lowers air quality, increasing the dependence on private vehicles. For these reasons, Chongqing is at a crossroad, and many challenges ahead need to be met with decisive policies implementations and drastic measures. Also in this sector, as underlined by many, Chongqing needs a shift from quantity towards quality.

Regarding green transformation strategies in Chongqing, we had the chance to discuss it with Miss Chen Yonglin, Deputy Director of the Environmental Monitoring Division, Chongqing Ecology and  Environment Bureau. Chongqing Municipality. Miss Chen has worked in Chongqing for the past ten years, focusing on improving Chongqing sustainability and supporting green policies to make the city more livable, safe and trying to mind the gap with other Chinese cities.

According to Miss Chen Yonglin, in recent years, Chongqing has taken a series of measures to improve environmental quality, which has achieved outstanding results: by the end of 2020, the city’s forest coverage rate reached 52.5%, an increase of 7.1% compared with 2015, and the number of days with good air quality reached 333 days, an increase of 41 days compared with 2015, the carbon dioxide emissions per unit of regional GDP dropped by 21.88% in 5 years.

Starting from 2021, Chongqing has entered a new stage of environmental protection, which focuses on both pollution reduction and green development. By taking the following measures, Chongqing is on the way to address climate change while promoting the green and low-carbon transformation of the industry.

The first measure is to control greenhouse gas emissions in key areas such as industry, construction, transportation, and new infrastructure, enhance the carbon sequestration capacity of ecosystems, and control non-carbon dioxide greenhouse gas emissions. It is expected to reduce energy consumption per unit of GDP by 14% in Chongqing by the end of 2025.

Secondly, Chongqing government is promoting urban renewal based on natural solutions, improving the ability of infrastructure, agriculture and other key sectors to adapt to climate change, as well as strengthening water resources management and conserving forests and ecosystems. Besides, Incentives will be taken to promote the research and development of key low-carbon technologies such as green energy, low-carbon transportation, zero-carbon buildings, and pollution & carbon reduction in key industries, promote the implementation of climate-friendly projects, and explore pilot demonstrations of carbon capture, utilization and storage.

At last, economic policies such as carbon emission trading, climate investment and financing will also be implemented to support the green growth transformation of the industry. 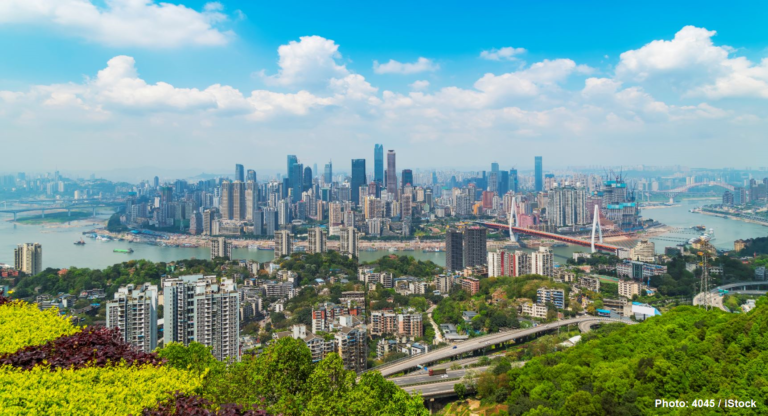 When  it comes to green financial reforms and green innovation policies in China, many studies (Zhang & Li, 2022), (Zhang, Wang, Li, Si and Liu, 2022) analyze the impact of governmental measures and decisions. In 2016 Bank of China and seven other departments launched issued the document titled “Guidance on Building a Green Financial System”, while in 2017 State Council decided to setup “green financial reform and innovation pilot zones” in five pilot provinces across the country, combining top-down design and bottom up regional exploration. Following the first document, over the years the total amount of the pilot zones has reached the number of 9.

Following this national trend and path, clearly set by the Chinese government, according to different sources, as iChongqing and China Daily and the official website of Chongqing Municipality Government, Chongqing is also set to become a green financial and logistic hub in the future.

The leadership of the Municipality is moving forward, for example, with the construction of the “Chongqing Green Finance Reform and Innovation Experimental Zone”. The main goal is to build a green financial system with diverse organizations and safe and efficient market operations after about five years.

On August 19, 2022, the People’s Bank of China and other six ministries and commissions issued the “Overall Plan for the Construction of a Green Finance Reform and Innovation Experimental Zone in Chongqing” (hereinafter referred to as “Overall Plan”), marking the official start of the construction of the Chongqing Green Finance Reform and Innovation Pilot Zone. Focusing on this goal, the “Overall Plan” proposes four main tasks: cultivate and develop a green financial market system, establish a green finance and green industry integration development system, build a digital green financial infrastructure, and finally strengthen cross-regional cooperation on green finance. 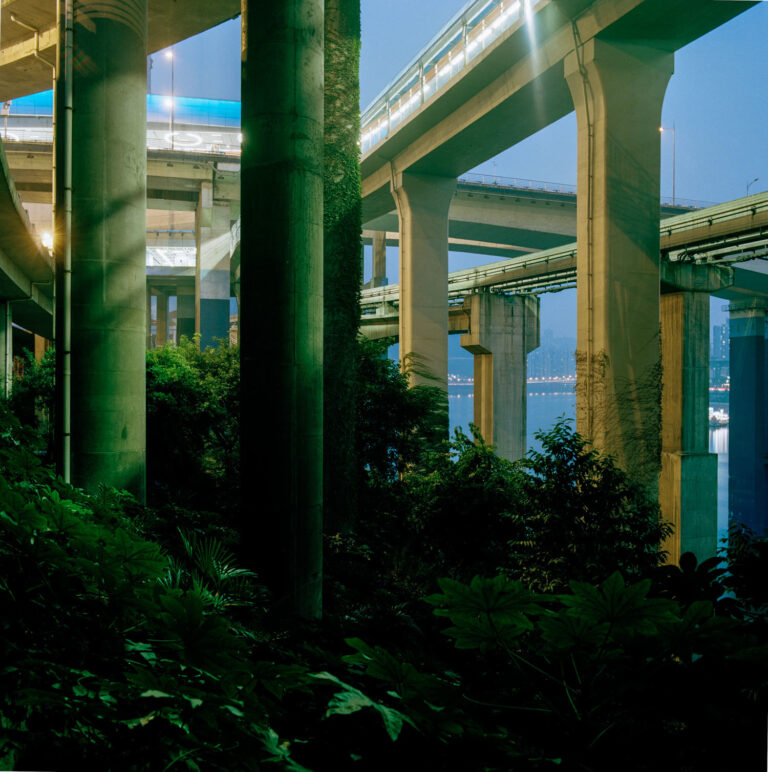 One is global coverage. Chongqing is the country’s first province-wide green financial reform pilot zone. It has a large economy and a comprehensive industrial structure, including energy, industry, transportation, construction and other high-emission industries, which has strong demonstration significance.

The second is dual carbon orientation. Chongqing is the first provincial-level economy to propose a continuous decline in carbon emission intensity in the overall plan for the construction of a green financial reform and innovation pilot zone, and it pays more attention to the overall implementation of new measures for carbon peaking and carbon neutrality.

In the following months the challenge will be to implement the Pilot Zone effectively, focusing on its development and sharing the results within Chongqing main stakeholders.

Stay tuned for the second part of the article, coming soon on our website!