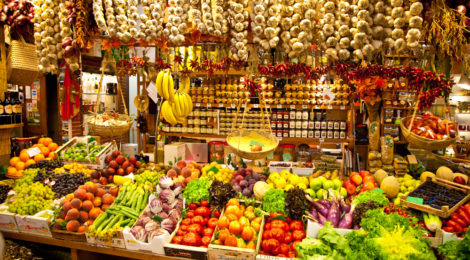 The Italian Food Market in Chongqing

The Chinese market represents a big opportunity and a great challenge for the Italian food sector. China has been living a dramatic change and the most surprising thing is the speed at which this change happened. In the past few decades, China shifted from a rural to a post-industrial economy. China is a huge country and its domestic market in general is influenced by some factors such as the urbanization, the geographic position, the GDP per capita and the presence of foreigners. For these reasons, an equal consideration cannot be made for all the Chinese cities, because they vary according to the factors mentioned above.

In this article we are going to analyze the problems faced by some companies which have entered the Chinese food sector in Chongqing. Thanks to its favorable position, it has become a central hub of the New Silk Road, which connects China to Europe, the Middle East and Southern China. Furthermore, the role of municipality makes Chongqing a very dynamic reality, because it has bigger autonomy and more subsidies than other Chinese cities. That is why lot of companies have decided to invest in this megalopolis and start their business.

An example is the newly opened company Rinaldi, which invested in the Free Trade zone of Chongqing, where companies have numerous advantages related to the structural and financial aspect of their start-ups, with a project of import and distribution in the Free Trade zone. Another example is Mimosa, the first Italian patisserie opened in Chongqing, which decided to export the typical Italian desserts in the city of chili pepper. Last but not least, Origano Roma, an Italian restaurant where we can find the classic products of the Made in Italy.

Although the activity of these companies has a continuity, other companies have not found the same appreciation from Chongqing people and have been forced to close. Despite the gastronomic environment is continuously changing, as Chinese people love food as much as Italian do, companies’ dream of success can vanish quickly.

For this reason, we will now analyze the problems encountered by the companies mentioned above during their years of activity to better understand the Italian food market in Chongqing.

All three have found problems about communication. The implementation phase of the companies was quite complex due to the difficulties in communicating with local companies. If you do not have a high level of Chinese, it is not easy to communicate with the staff and the various providers, as English is still not widely used in Chongqing, compared to the distant Shanghai and Beijing, which are now far ahead linguistically as far as the English language is concerned. Both Mimosa and Rinaldi have found it difficult to find qualified and efficient human resources aware of their role in this sector.

One of the biggest problems is the timing of transport from Italy to China. Rinaldi states that when the products imported from Italy, which already have a short shelf life, reach Chongqing, they are close to their expiry date due to the timing of transport, customs clearance and waiting time to receive the certificate for the sale permit. In fact, the main problem for Rinaldi was that most of the potential buyers did not want to buy their products because of the short-term expiry dates.

In addition to logistical problems, weather is a very important issue for patisseries. For example, Mimosa has found in humidity another negative factor for food production. As leavening is important for the typical Italian desserts, they have difficulty in maintaining a high standard once cooked.

Finally, another determining factor is represented by the Chinese consumers, or rather by the consumers of Chongqing. Its tastes are different from other Chinese consumers’ due to strong cultural recognition which leads to the distrust in trying foreign foods. In fact, Origano Roma has found that its consumers prefer Italian products adjusted to the taste of Chonqing local food rather than typical Italian products which have kept their original taste.

Rinaldi, through its market surveys, noted that the taste of Chinese consumers is actually very different depending on the different provinces of China. In the coastal area, especially in the Southeast, consumers are more open to foreign products and recognize their quality. However, in the central and Northern parts of China, the awareness of Italian products is still weak, but it is also due to the still poor income which does not allowed a constant consumption of foreign products.

The inhabitants of Chongqing are not open to the Western gastronomic world in general. In fact, very few Italian structures are able to survive and many restaurants have closed in recent years. Mimosa, which has been experimenting since 2013, finds it difficult to combine the spicy taste loved by Chongqing people with the delicate flavors of its Italian products, which are covered or partially covered by the spices. Moreover, the cultural problems linked to the taste preferred by Chongqing people can be clearly seen in the fruition of desserts. In fact, for example, during a birthday party, Chinese people prefer consuming cakes before the meal, while in Italy it is completely different. This situation makes us understand the strong cultural differences that sometimes make it difficult to sell these products.

As we have described the problems faced by the Italian food market in Chongqing, we can see that there is still a long way to go. However, the strong development and the look towards the future that the city has conquered over these years foretell good initiatives.

Although these companies are struggling with difficulties, they are continuing investing in their business because they see excellent opportunities in this city. Chongqing is the city of the future for many aspects: will it also be the same for the Made in Italy food sector? Only time can tell us.