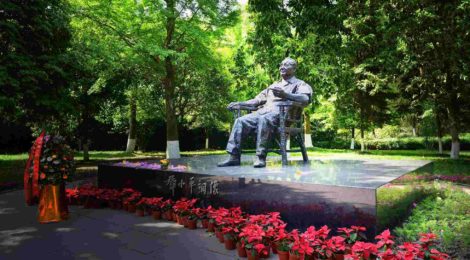 Chongqing-Guang’an regional cooperation in the field of red tourism

In the previous issue of our “Galileo Observer” we analyzed the theme of “red tourism” in China and briefly introduced some must see red tourism places in Chongqing. We want now to address the issue of  the “regional dimension” of red tourism in Western China.

1 – Chongqing-Chengdu city cluster and the role of “Bashu tourism” 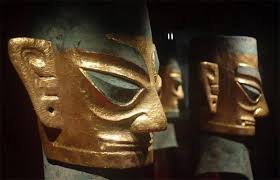 In recent weeks there have been important updates regarding the role of Chongqing as a present and future tourist center of Western China. In its millennian history, Chongqing has always been linked to Chengdu and Sichuan, for cultural, historical, linguistic and economic reasons. A key regional development project, as we described previously, is certainly the Chongqing-Chengdu City Cluster, which the regional authorities continued to implement in recent months. Despite the Covid-19 crisis, the project is not slowing down.

With particular regard to the theme of regional tourism development, Sichuan and Chongqing intend to foster a tourism cooperation mechanism by creating attractive tourist routes. The red thread that connects these two administrative entities is that of “Bashu culture” (巴蜀文化, Bāshǔ Wénhuà). It refers to the States (Ba and Shu) created in the Sichuan basin long time ago, it has a history spanning 3000 years, and is considered to be one of the cradles of modern Chinese civilization. Regional leaders therefore intend to create a “Bashu cultural tourism corridor”, to enhance the historical and cultural sites of Bashu shared history. 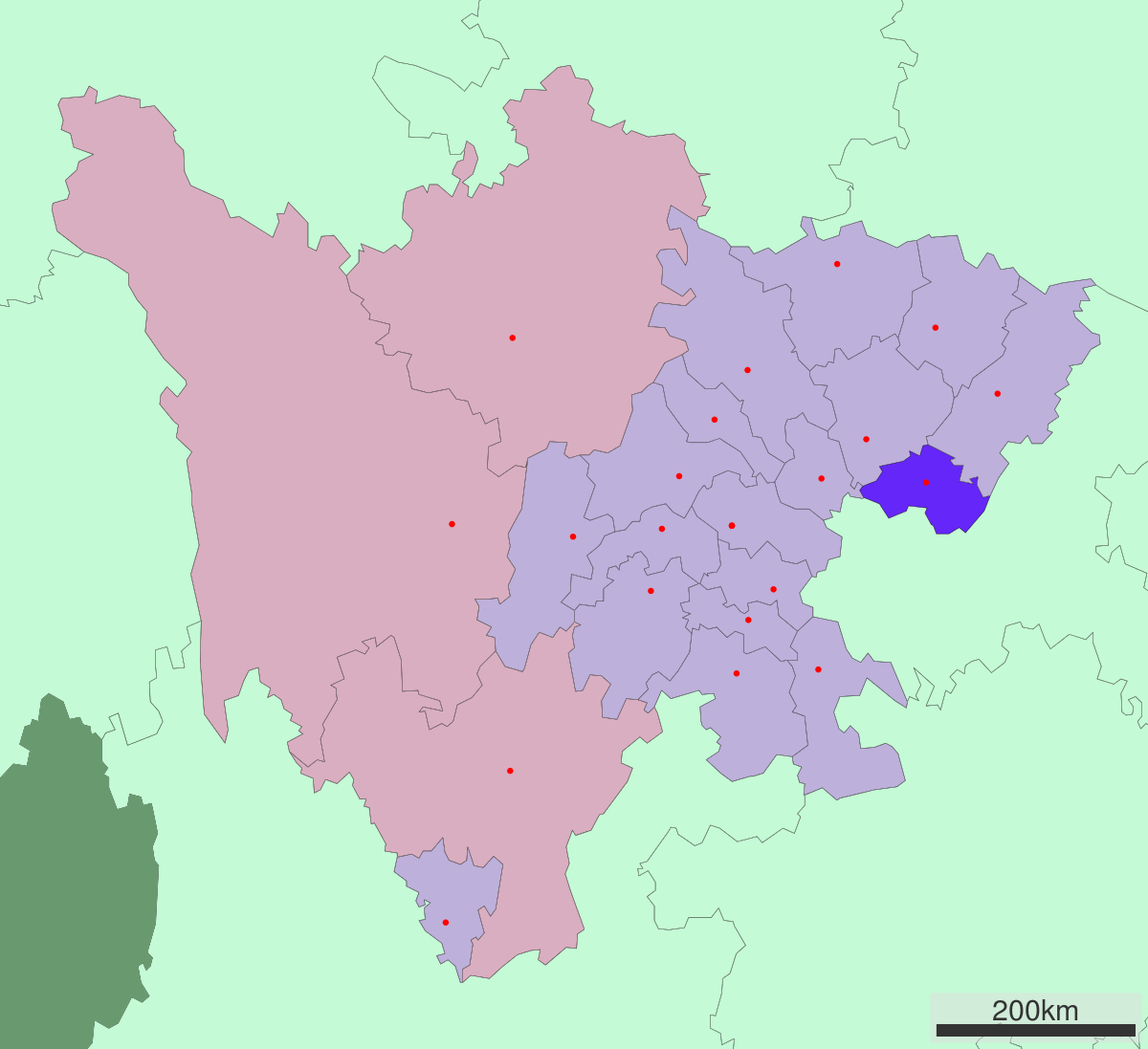 The location of Guang’an District in Sichuan Province. It borders Chongqing Municipality in the North.

Tourism regional cooperation is not only on a cultural and heritage level. One example is the case of Chongqing-Guang’an, tightly connected by “red tourism”. The first is a “revolutionary city” par excellence, while the latter is a prefecture level city part of “Chongqing 1-hour economic circle” and located in Eastern Sichuan at the border with the Municipality.

There have been numerous meetings between local and Chongqing representatives in the past few months, to establish the main points of a future common ground, and it has been decided to revive the theme of revolutionary cultural tourism to be one of the keys to more integration. Chongqing and Guang’an revolutionary sites can thus become more connected: a lot can now be done, like sharing tourism resources, jointly carrying out promotional marketing, establishing barrier-free tourism zones and promoting personnel exchange and training.

As stated by the scholar Deng Xiaohui, regional cooperation is an inevitable path for the revival of China’s tourism industry after the crisis caused by Covi-19. Regional red tourism could play a key role in their growth and make them more economically interconnected. As red resources are more abundant in Chongqing and Guang’an, regional tourism cooperation on this topic could bring common benefits and opportunities.

3 – “Red attractions” in Chongqing and Guang’an 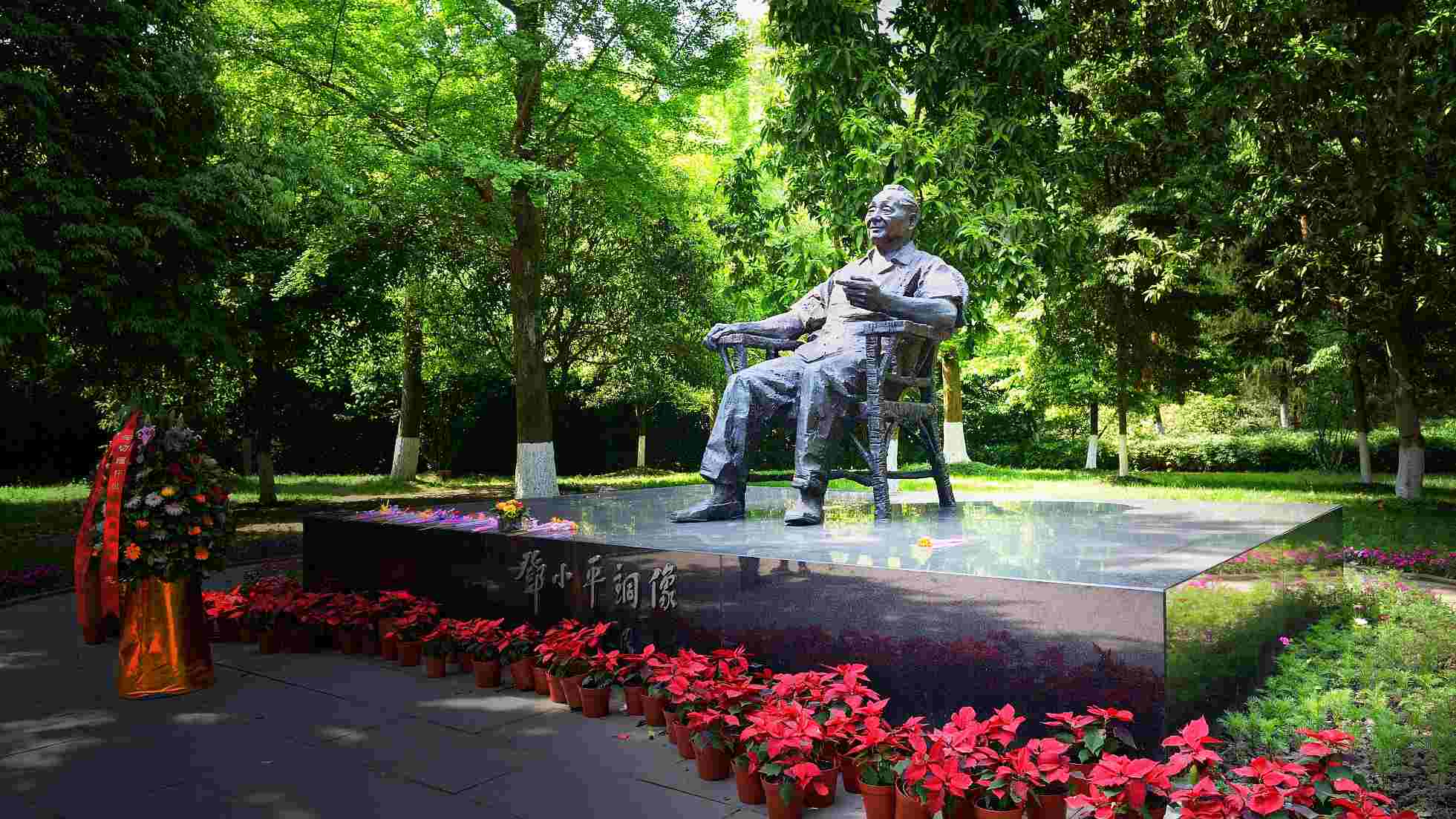 Chongqing and Guang’an are both important red tourist locations according to the National Tourism Administration. Chongqing offers numerous scenic spots in this field, including, as we wrote before, the Red Rock Revolution Memorial Hall, Geleshan Revolutionary Martyrs Cemetery and China Democratic Party historical exhibition hall.

Guang’an is famous at national and international level for being the hometown of Deng Xiaoping, one of the most transformative global leaders of the 20th century. In the city tourists can find the site of Deng’s Former Residence, which has been preserved as a museum to share Deng’s life story, and also a bronze statue of the leader. The statue was erected to commemorate Deng’s 100th birthday on August 2004, and shows Deng, dressed casually, sitting on a chair and smiling. The Chinese characters for “Statue of Deng Xiaoping” are inscribed on the pedestal. The original calligraphy was written by Jiang Zemin, then Chairman of the Central Military Commission. The second worth to visit site is represented by the ruins of the “Huaying Mountain tourism area” in Huaying City, the center of many underground Communist activities during the Nationalist era.

Thanks and these initial agreements, in the coming months and years it will be very interesting to keep monitoring the role of red tourism in the context of the regionalization of tourism in the China Western Region. The potential of Chongqing and Sichuan tourism interconnection is potentially unlimited. That’s why more cooperation could be a game changer in the future after the outbreak of covid19 will be solved.