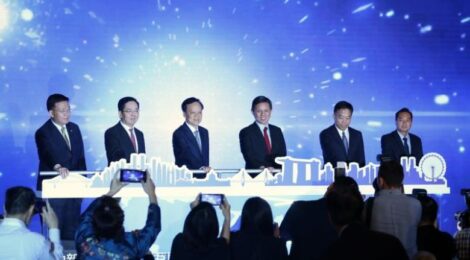 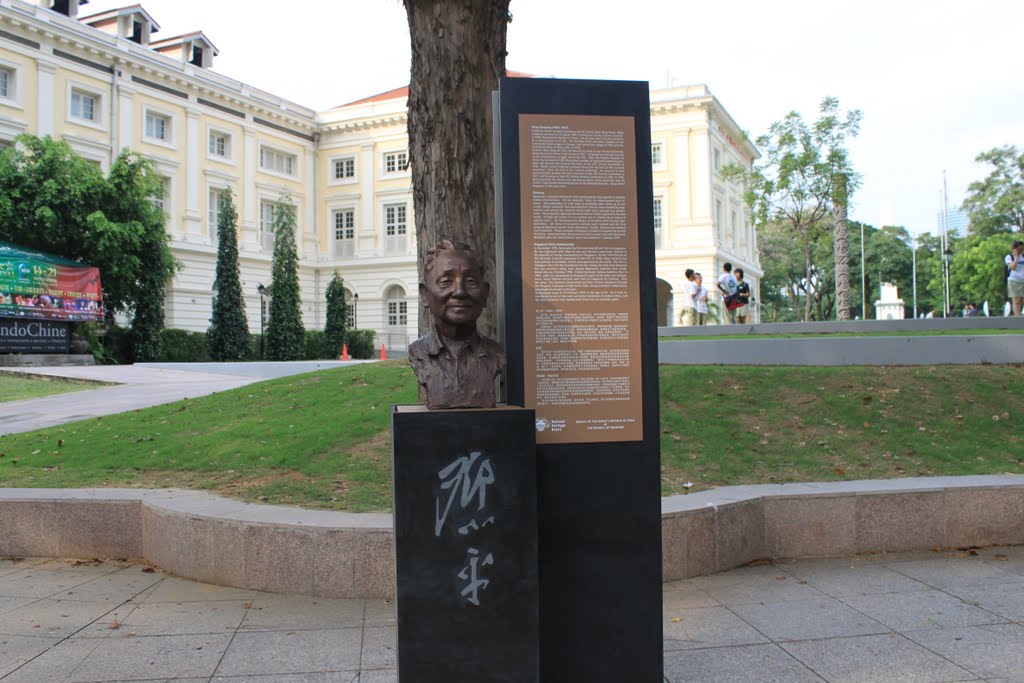 China and Singapore have developed a special relationship in recent decades. The “little helmsman” of the People’s Republic of China, Deng Xiaoping, visited the city-state in 1978. The diplomatic relations were established in 1990. Later, during his “southern trip” in 1992, Deng praised Singapore’s economic development, and bilateral relations have grown ever closer since then. In recent years there have been numerous meetings between Chinese representatives and Lee Hsien Loong, Prime Minister of Singapore, eldest son of Lee Kuan Yew, founder of the city state who passed away in 2015, bringing relations to new highs. Thirty years of diplomatic relations between the two countries were celebrated last year.

From a trade perspective, PRC is Singapore’s largest trading partner and a key source of foreign direct investments. Singapore is also a key partner of China for the development of projects of the Belt and Road Initiative and the Asian Infrastructure Investment Bank.From a geopolitical point of view, the island over the years has tried to maintain a balanced position with respect to the current superpower, the United States, and the emerging one, the People’s Republic of China.

According to a recent publication, Singapore and China are also linked by a relationship that goes beyond simple trade or financial investments. As Sebastian Strangio points out, ethnic Chinese today make up nearly 75% of Singapore’s 5.6 million inhabitants, most of whom are descendants of Hokkien-speaking immigrants who came to work on the British docks. 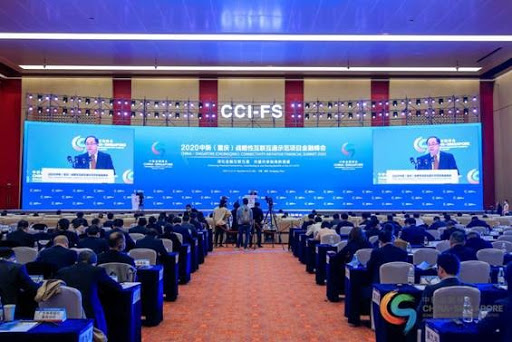 If we move to Western China and in particular to Chongqing, we can analyze a case of concrete collaboration between Singapore and China, the “China-Singapore (Chongqing) Demonstration Project on Strategic Connectivity”. Regarding this initiative, Yu Hong, a senior research fellow at the East Asian Institute of the National University of Singapore, spoke recently. According to Yu, the project can be strategic for several reasons: its seeks to contribute to China’s latest round of opening up and development of its western region, it allows Singapore companies to participate in China’s Belt and Road Initiative (BRI) and the development of Western China, especially in tapping opportunities in the Chengdu-Chongqing Economic Circle, and expanding overseas hinterlands for Singapore companies.

The China-Singapore (Chongqing) Demonstration Project on Strategic Connectivity (CCI) is the third intergovernmental cooperation project between China and Singapore. The initiative is the third such cooperation initiative between China and Singapore, following the Suzhou Industrial Park established in China’s eastern province of Jiangsu in 1994 and the Tianjin Eco-city inaugurated in 2008 in north China.

CCI mainly covers four key areas of cooperation: financial services, aviation industry, transportation logistics, information and telecommunication technology. With the theme of “modern interconnection and modern service economy”, it is in line with the development strategies of “the Belt and Road Initiative”, the Great Western Development and the Yangtze River Economic Zone. It is characterized by ”stock+ increment”, ”tangible+ intangible”, and “Chongqing+ domestic and foreign” to create “high starting point, high level and innovative demonstration key project”. At present, it has effectively promoted the completion and landing of a total of 230 cooperation projects since it was launched in 2015, such as the China-Singapore (Chongqing) Demonstration Initiative on Strategic Connectivity “New International Land-Sea Trade Corridor project” (connected to BRI development). The total value of the projects is $ 32.2 billion. 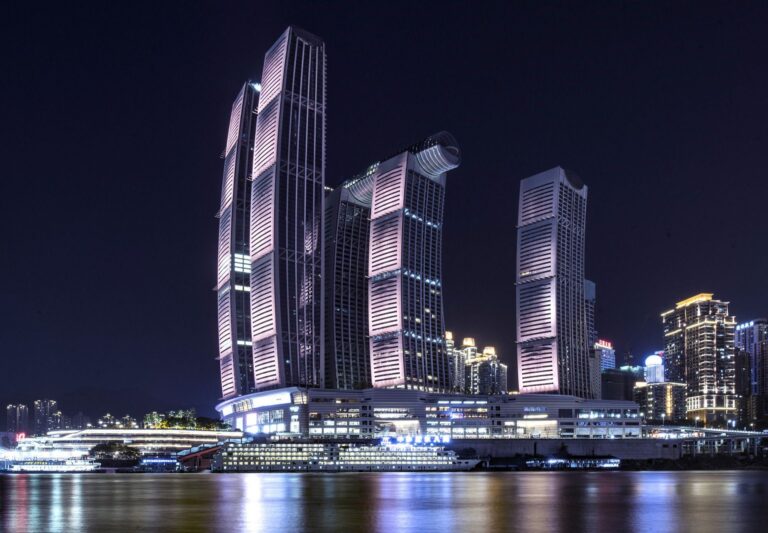 In November 2020 there was the last summit of CCI. The theme was “Financial Connectivity along the “Belt and Road” ─ Financial Opening and Innovation to Promote the New International Land Sea Trade Corridor (ILSTC)“.  This would enhance the resilience of our supply chains and support further economic growth and recovery from COVID-19.

Keynote remarks were also delivered by Mr Ravi Menon, Managing Director of the Monetary Authority of Singapore (MAS), and by ASEAN Deputy Governors. Financial institutions and corporates from ASEAN participated virtually, alongside Chinese regulators and financial institutions in the Western Region of China in Chongqing.  Panel sessions discussed key areas of common interest such as cross-border financing, green and sustainable finance, and financial technology. Mr Menon in his remarks proposed to make the CCI-ILSTC trade route between China and ASEAN fully digitalised end-to-end, and to be the first of its kind in the world. This would make trade flows and financing smoother, cheaper and faster between both regions, and create opportunities to tap on FinTechs from China and ASEAN for innovative solutions to build this digital trade corridor. 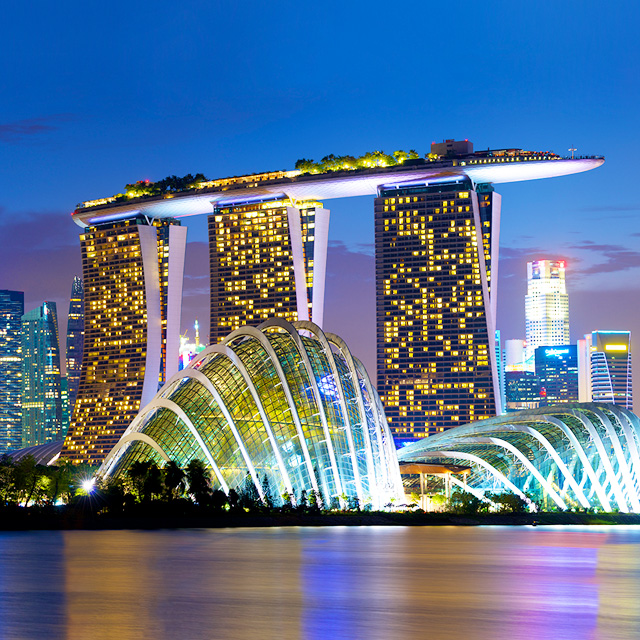 Symbolically, Singapore and Chongqing are also linked by two of the most famous architectural works in Asia: Marina Bay Sands and Raffles City. The two works are both designed by Moshe Safdie, an Israeli-Canadian architect. In particular, Raffles City takes its name from the founder of Singapore, Sir Stamford Raffles, creating an interesting pun in Chinese.  As Yang Jinlin pointed out, in Chinese the name of the place is translated with “chongqing laifushi 重庆来福士”, which means “prosperity to Chongqing”, a pun on the Chinese surname of Singapore’s founder, which is translated with “laifushi 莱佛士”. The sound remains the same, but it gains a positive new meaning.

Written by Marco Bonaglia with the help of Jacopo Cricchio